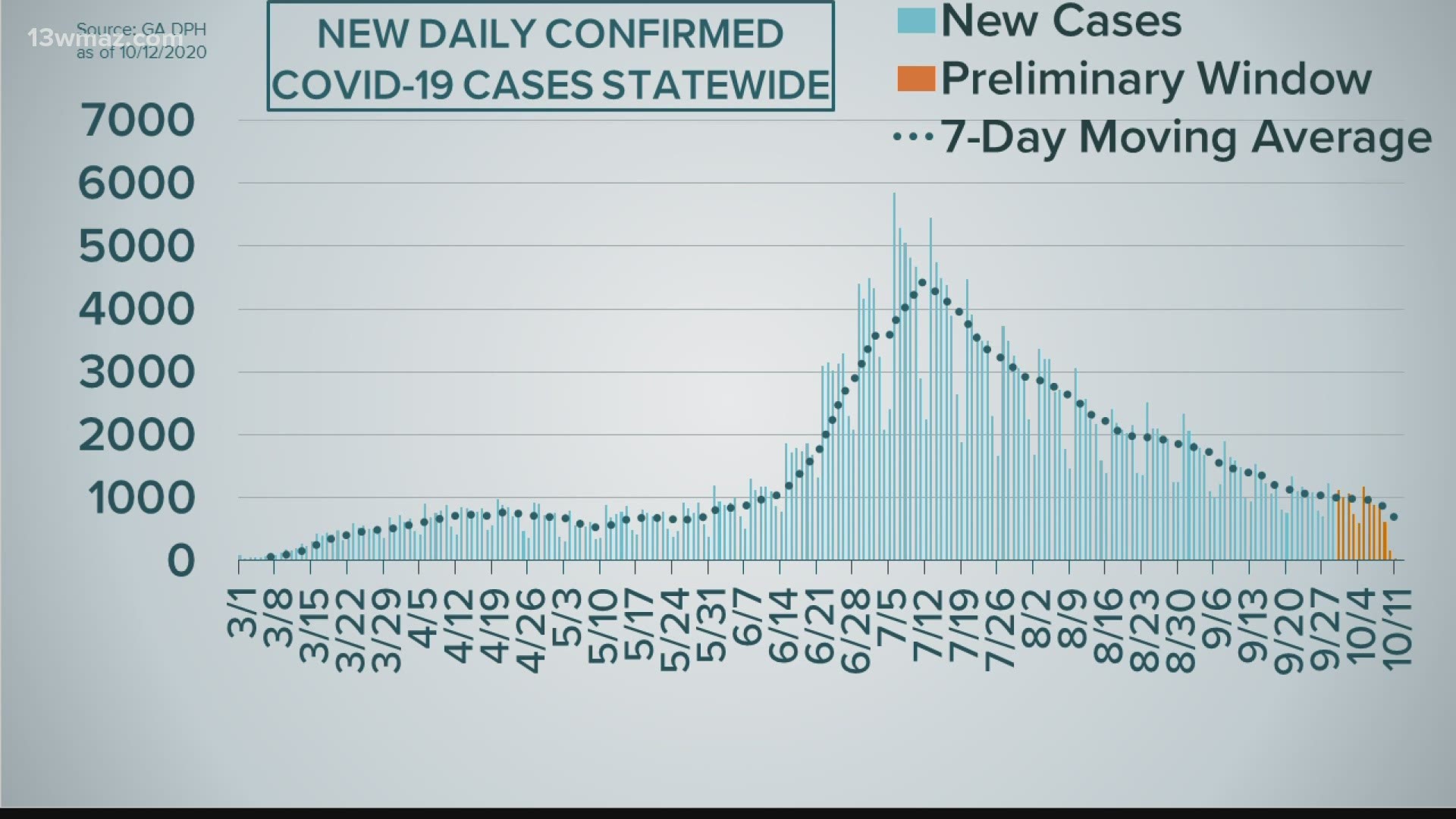 MACON, Ga. — Numbers from the Georgia Department of Public Health show the state is not seeing a rise in cases, but at the same time, it's not seeing a significant drop either.

At the end of September, Georgia averaged 1,007 new cases a day, which is less than a quarter of the peak in mid-July, but still not as low as this peak back in April when the state averaged 770 new cases a day. Leading up to the state's two-week preliminary window, numbers drop at a much lower rate than in previous weeks, though.

In Bibb County, case numbers increased starting at the end of September and the increase continues even into the preliminary data window. The state is still receiving and counting test results from that time frame, so tallies in this window typically increase more.

In Houston County, the increase is less defined, but there is already a small jump in cases within the preliminary window.

According to the Department of Public Health, Bleckley and Laurens counties have the highest spread rate in our area within the last two weeks. Both show notable increases in cases. In Laurens County, even within the preliminary window, the county averaged 14 new cases a day last week, close to numbers reported back in mid-august.

Credit: WMAZ
Deaths tied to COVID-19 have been steadily dropping since mid-August.

Meanwhile, Georgia is reporting an overall drop in COVID-19-related deaths and hospitalizations. 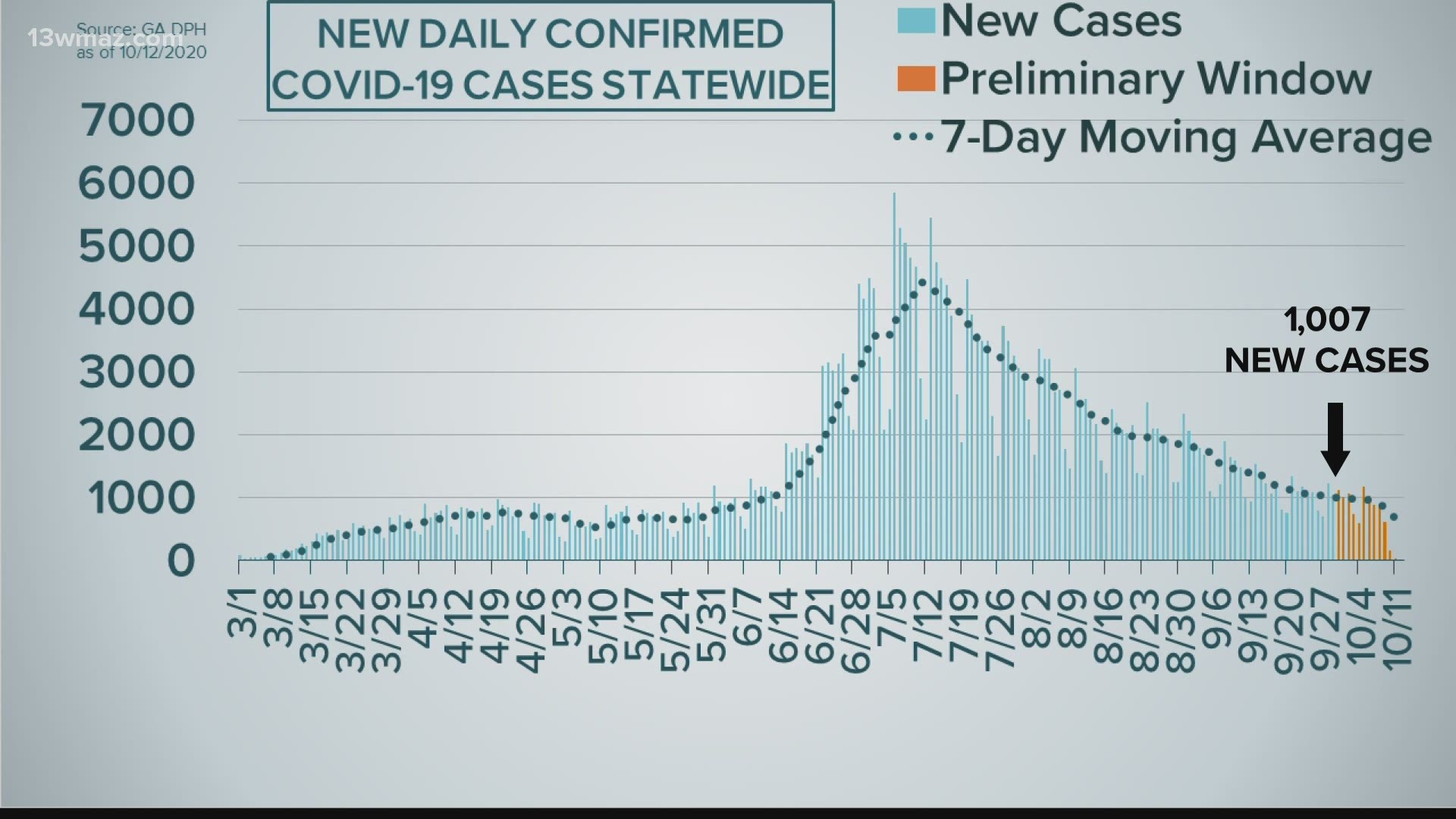 1st US case of person infected twice by coronavirus confirmed