It will take a few weeks before numbers will reflect any impact from Labor Day weekend. 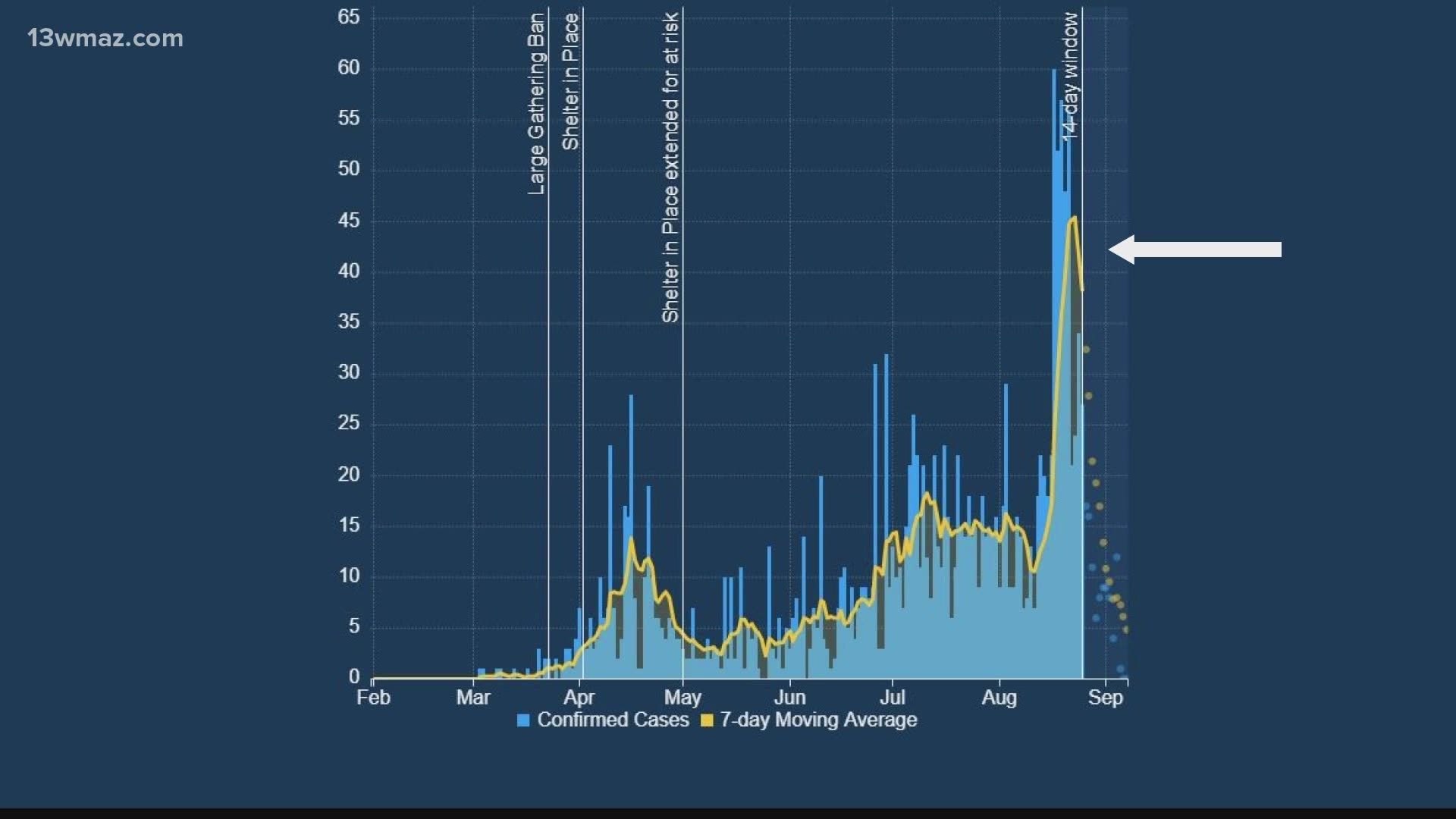 MACON, Ga. — Georgia continues to see a drop in new COVID-19 cases, but it will be a few weeks before state data will reflect any kind of impact from the Labor Day weekend on the case curve.

The state averaged just shy of 1,800 new cases a day around the end of August, right before the preliminary window.

That is a significant drop from July, when the state averaged close to 4,400 cases a day, but it's still more than double the average during the state's initial peak in April.

Some Central Georgia counties are not seeing that same downward trend though.

Baldwin County has the 5th highest spread rate in the state over the last two weeks, with the case curve showing a significant jump in cases in mid-August.

Michael Hokanson with the North Central Health District would not confirm if the start of classes at Georgia College played a factor in that increase, however, the latest report from the district shows a significant jump in cases in the 18-24 age range. Hokanson could only say colleges across the state could play a role in case increases.

Bibb and Houston counties both continue to see a drop in cases, with Bibb's average now sitting around 30 cases a day. That is not far from Houston's average of 21.

In mid-July, Bibb averaged more than twice as many new cases a day compared to Houston County. Cases have been steadily dropping in Bibb, whereas Houston saw a bump in mid-August.

State data also shows hospitals are seeing fewer new COVID-19 patients, averaging about 133 each day compared to more than twice that many in late July.

Credit: WMAZ
COVID-19-related deaths continue to drop from the peak of 70 deaths per day in early August.

COVID-19-related deaths also continue to drop, with an average of 46 people a day dying from the virus right before the preliminary data window. That is down from an average of 70 deaths per day at the beginning of August.

VERIFY: Why COVID-19 isn’t the only listed cause of most coronavirus-related deaths