Ocmulgee Brewpub in downtown Macon is said to be haunted. 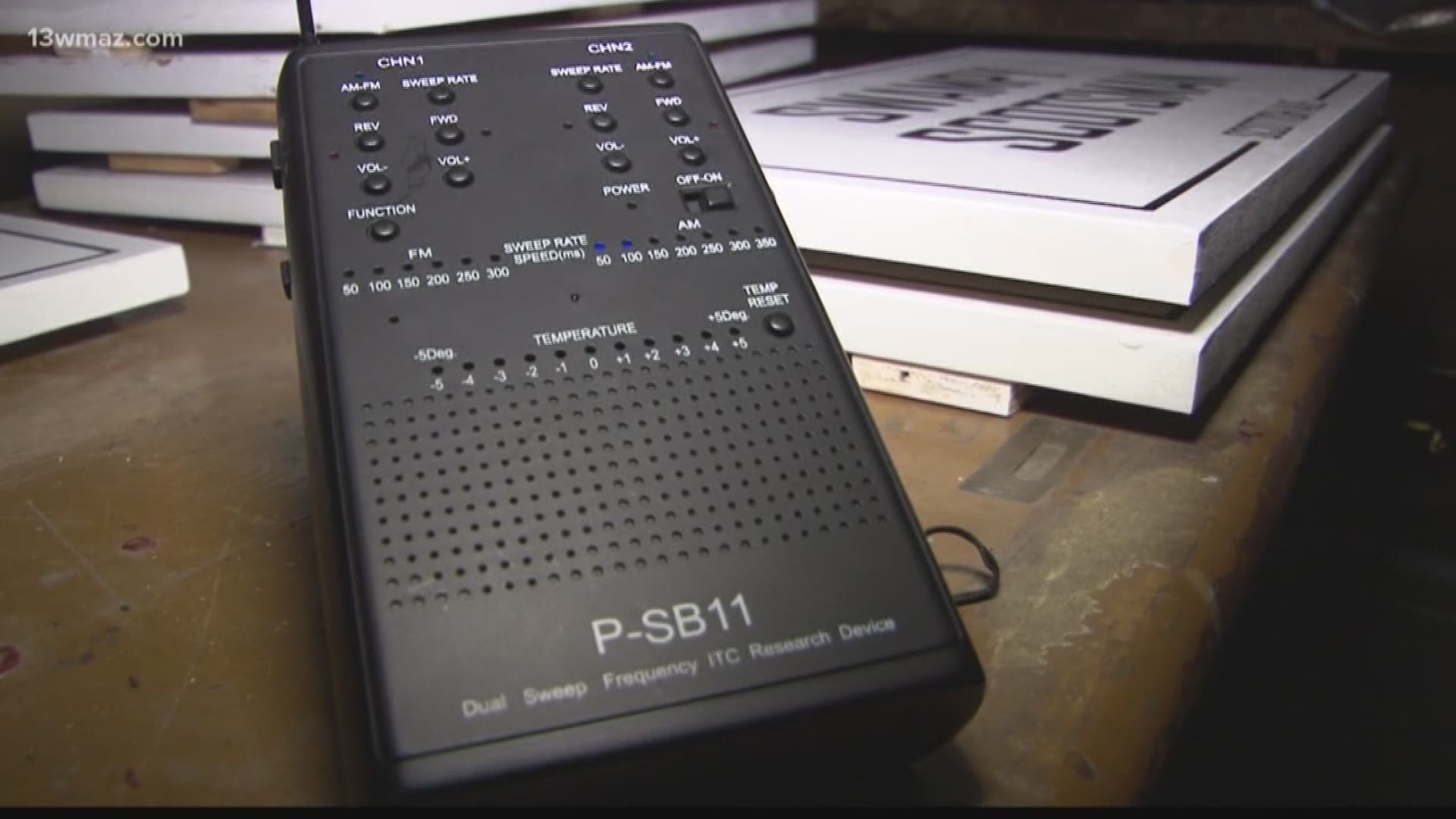 "One of the first things we do is we bring in all of our equipment, and it looks like we're moving into a place," she said.

And on this night, the Middle Georgia Paranormal Investigations group moved into the Ocmulgee Brew Pub in downtown Macon

"We cast what I call our 'electronical' net which is when we put out the cameras and our audio equipment and we start recording and documenting everything," Shannon said.

This is their second stab at the place. The first time they ran this scenario they found evidence of a spirit, something the folks who work here know all about.

Kaitlynn Kressin is one of the restaurant's owners.

RELATED: Verify: Is there science behind ghost hunting?

"I know a lot of the employees at Ocmulgee Brew Pub," she said.

"They definitely believe it because they get here in the mornings and they say there's some weird stuff that goes on. Vincent is the friendly ghost who they refer to and throws pans at them every once in awhile so they think that's a lot of fun."

We embarked on our journey after the restaurant closed down, and the crew shut down all the lights.

"Now, this part of the building hasn't been redone; they don't use it for guests," Shannon explained. "They use it for storage which is why Mr. Vincent as they call him might hang out a little more up here."

So, we get to the third level and Shannon turns on SB11 Box.

It would take a lot of engineering to explain, but let's say it's a sensitive machine that can pick up super natural sound waves.

"Alright Vincent is that who we're talking to again," Shannon asked.

"Vincent are you moving stuff in the kitchen; there's a woman named Miss Bee who says that's happening, are you doing that? Is it someone else?"

The answers are quick, choppy and hard to understand, but he did answer.

"Typically spirits do respond in short responses and that's just because of the energy it takes for them for them to take and respond in some kind of wordage per say," Shannon said.

"Have you missed hanging out with Jennifer and I and talking to us?," Shannon asked.

Vincent's spirit could go back quite a ways from the building on second street.

"This building actually opened as a goat cart not a go kart but a goat cart shop so you broke a wooden wheel and you need to have your spoke fixed you came here so that's really cool," Kaitlynn said.

"I need you to use all your energy to talk to us if you need to use some from me you can," Shannon said.

We didn't get much more than that but it was enough to add another chapter on Mr. Vincent.

"I definitely think I learned tonight that Vincent continues to like to pull pranks on people at the Ocmulgee Brew Pub and that he's just light hearted, Shannon said with a smile.

Shannon says they'll be back to visit Vincent and they'll continue to search for other spirits and learn about the past..