The original photograph shows a handgun, but with the barrel of the gun pointed toward the shooter. 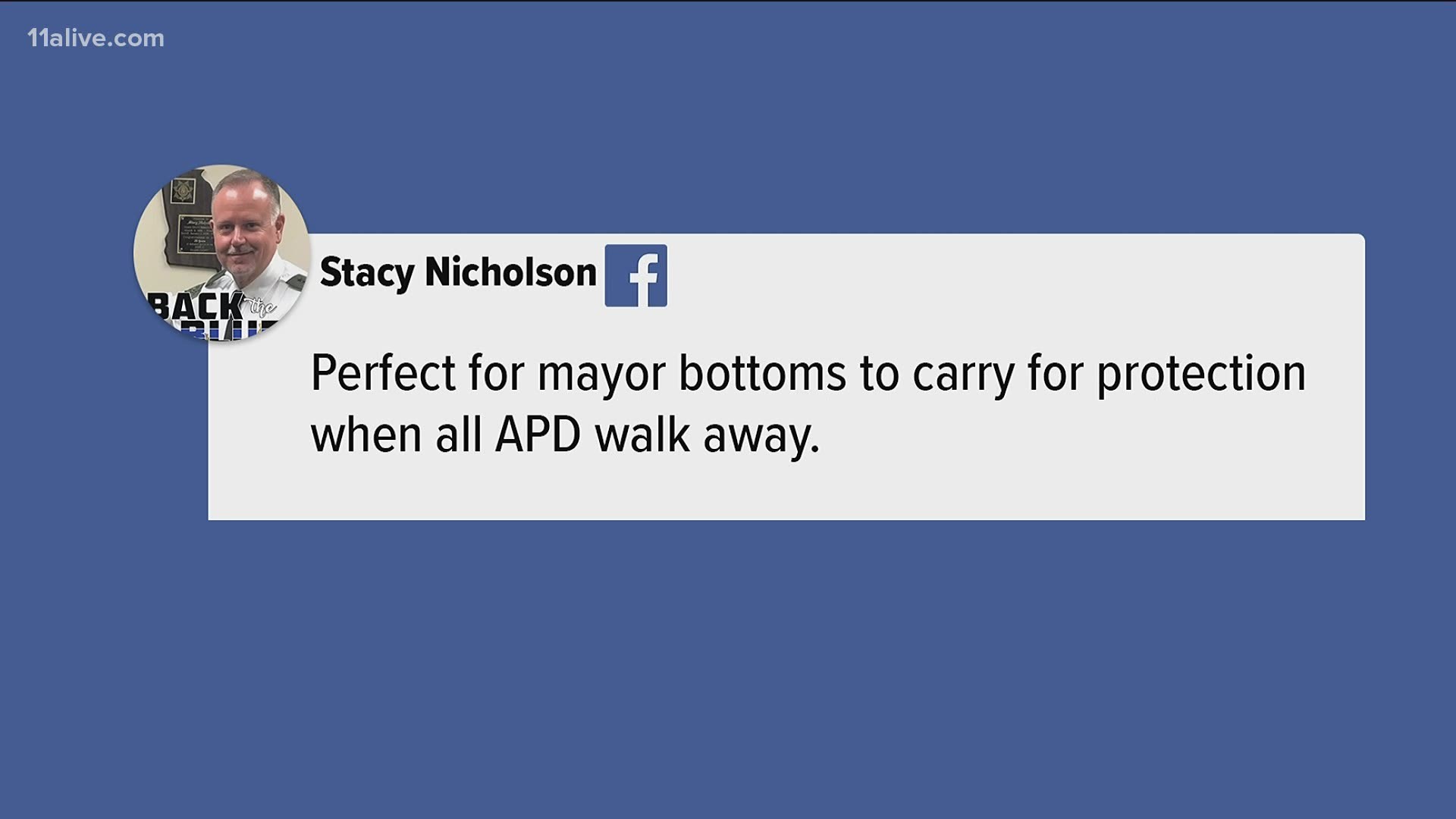 GILMER COUNTY, Ga. — A sheriff in north Georgia is backtracking after the "reckless comment" he made on social media regarding a "revolver made for liberals" aimed at Atlanta Mayor Keisha Lance Bottoms.

The photograph shows a handgun, but with the barrel of the gun pointed toward the shooter with a comment "S&W finally made a revolver for liberals."

Gilmer County Sheriff Stacy Nicholson commented on the post saying: "Perfect for mayor bottoms when all APD walk away."

"Under no circumstances do I wish anyone to purposely or accidentally harm themselves. Therefore, I should not have made the reckless comment on social media," Nicholson said in a statement to 11Alive News.

He said the comment came after the "level of frustration that law enforcement officers, I believe, are feeling nationwide."

The comment was made on June 13 after an Atlanta Police Department officer was fired after shooting Rayshard Brooks. Prior to that incident, four other officers were fired after a tasing incident involving two college students during the protests downtown.

11Alive learned that at least eight officers had resigned as of Monday, following the officer-involved shooting.

"I would suspect that a very high percentage of law enforcement officers do not condone under any circumstances, incidents of excessive use of force to any degree. However, they do desire the backing of the leaders of their jurisdictions to do their jobs," Nicholson said.

Officer fired, another on administrative leave after deadly shooting of Rayshard Brooks

What do we know about Atlanta's interim police chief?