Global Hawk paint and de-paint operations have continued on Base 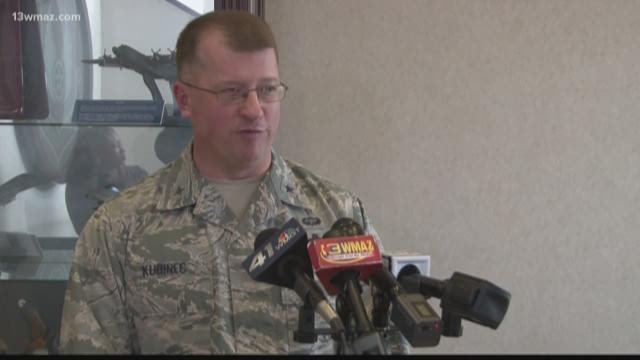 On Thursday, Brigadier General and Robins Air Logistics Complex Commander John Kubinec shed more light on the new work coming to the base and why it’s happening now.

Kubinec said the Navy and Marine Corps' C-130 work needs to move here from Hill Air Force Base in Utah to free up space.

The General also said work that started last year on the Global Hawk unmanned aircraft is continuing on the Base.

“We have Global Hawk here all through this year and the next few years with the paint and de-paint mission we talked about last year. And that's the start, now we're exploring what other work might the Air Force need us to do on Global Hawk and we want to be positioned to be able to do that if the Air Force requires it,” Kubinec said.

The General called the Global Hawk mission the most significant new work to come to Robins in 20 years.

When 13WMAZ asked about the JSTARS program, Kubinec said he wanted to focus on the positive news, but understand people's concern about the future.

“Our Secretary of the Air Force said in the budget rollout that the current fleet will be in operation through at least the mid-2020s. And so our job here at Robins is to make sure that mission is effective as it can be,” he said.

To fit the new C-130 workload in the next few years, they're starting a $20 million restructuring of their factory. Kubinec said they plan on moving the F-15 maintenance program to a different hangar.

That will take two years and will use existing Base budget funds.