When a viewer heard Frank Walker had over 30 years of fishing equipment stolen, he wanted to help. 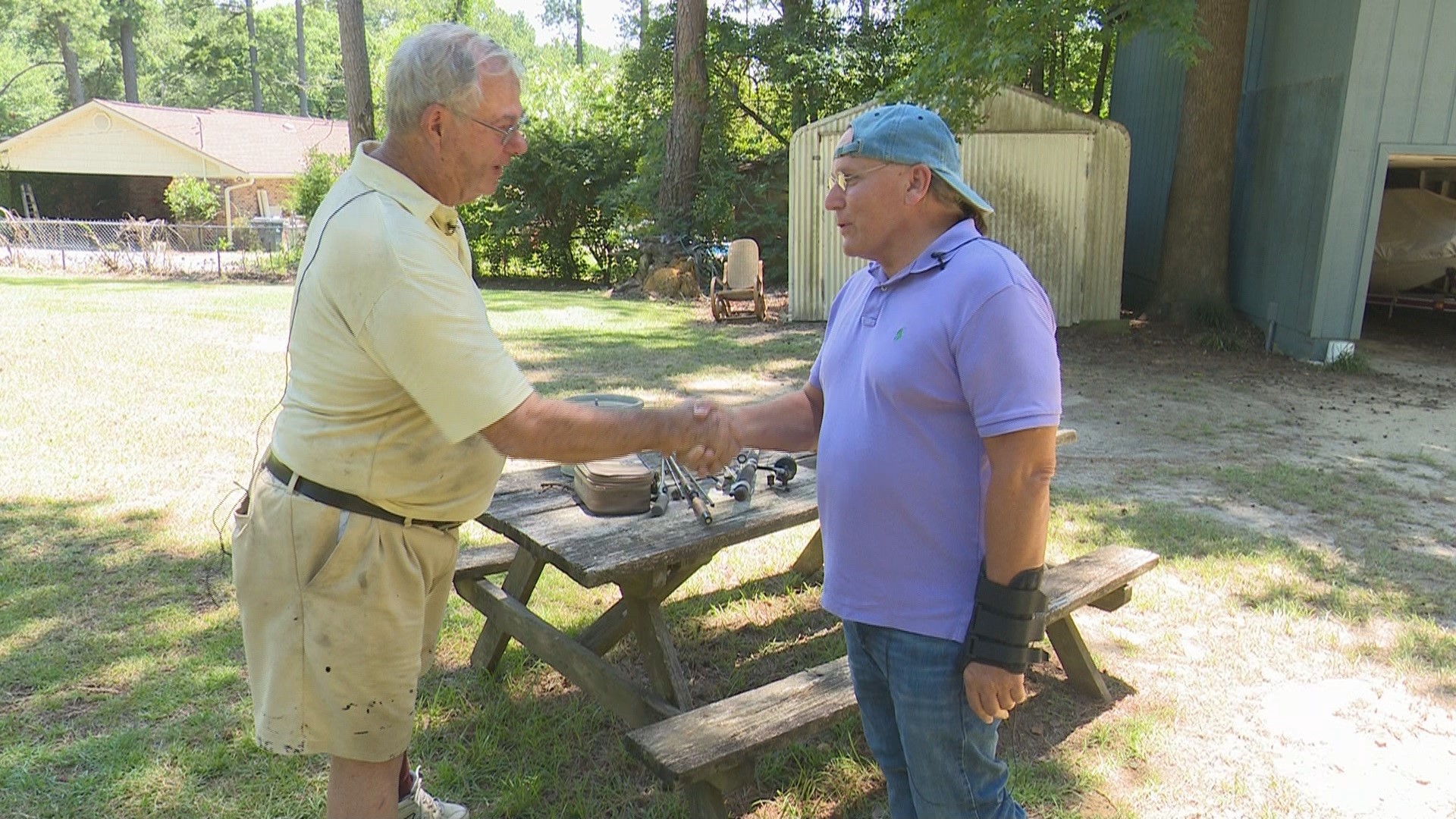 On Thursday, we told you about a Cochran man who had 30 years' worth of bass fishing equipment stolen from his home.

RELATED: Cochran man says over 30 years and $1,500 worth of fishing gear stolen

Frank Walker's equipment has not been returned, but when a viewer heard his story, he wanted to help.

When Walker realized over $1,500 worth of fishing gear was missing, he was devastated.

He said the equipment held a lifetime of memories.

When John Fogle, a 13WMAZ viewer, heard Walker's story, he wanted to help. The two men met and Fogle gave him rods, reels, and tackle boxes full of tackle.

Fogle says his father loved to fish, just like Walker.

After his father died, Fogle put his fishing gear in his storage room and hasn't used it since. He says Walker could get a lot more use out of the rods and reels than he will.

"I've been blessed over the years, me and my daughter, so I just feel good that I could give it to him because it's just sitting at the house and it's something my dad would have wanted," said Fogle.

Walker says this act of kindness means the world to him.

"It's so nice to know that there's other caring people that feel your devastation and are trying to do things that make you not have this down feeling," Walker said

Fogle says it isn't much, but he thought his father would want Walker to enjoy it as much as he did.

"I would rather someone use it that enjoys fishing, because he enjoyed it so much. That was part of his life," he said.

Walker says he can't wait to add the fishing gear to what is left of his collection. He is excited to get back on the water with his new equipment to keep fishing.

He says he is glad to know there are some good folks in the world and he has only one thing to say to Fogle -- "Bless you."

Walker says he's thankful to have some new gear, but his offer to the thief still stands. He wants them to bring the equipment back and he is willing to forgive and not press charges.