The plan is to build a 1,600-mile fiber optic network, in order to provide broadband access to 22,000 Tri-County accounts. 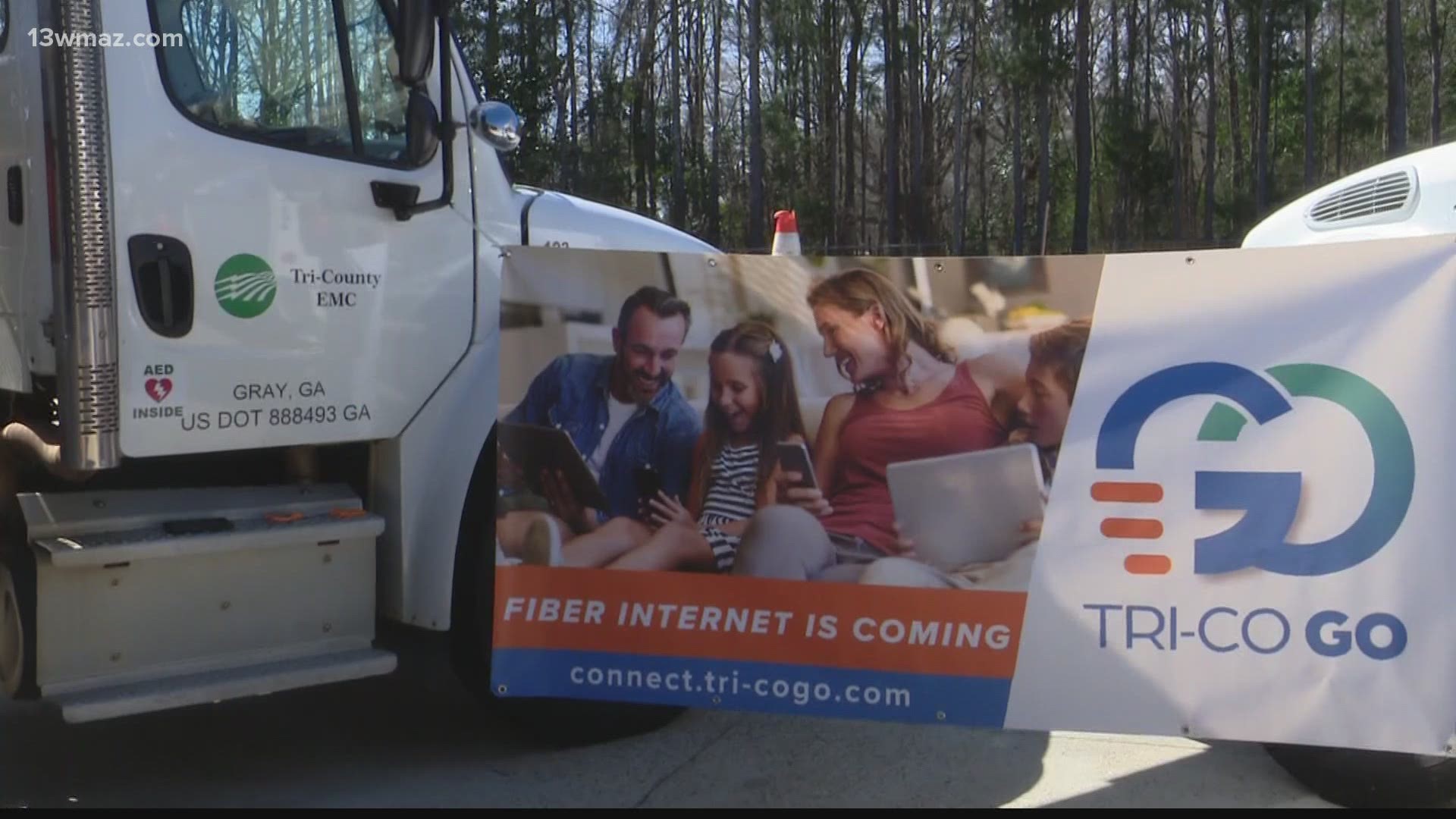 GRAY, Ga. — Over 80,000 homes across several Central Georgia counties will have access to high-speed internet soon.

Governor Brian Kemp joined state officials and Tri-County EMC at their headquarters in Gray for the announcement on rural broadband Friday morning.

“Since our fight with COVID-19 began, alleviating the digital divide has only become more critical,” Kemp said.

Kemp announced the partnership with Georgia’s EMCs just over a month ago in Atlanta.

“It is so good to be here to see this happening where we can actually share with your citizens in this part of the state that it’s happening here too, so I’m honored to be here,” he said.

The plan is to build a 1,600-mile fiber optic network, in order to provide broadband access to 22,000 Tri-County accounts. Tri-County has invested over $47 million in this project, Kemp says.

It will provide high-speed internet with Tri-County to people in Bibb, Jasper, Jones, Morgan, Twiggs, Wilkinson, Putnam, and Baldwin counties.

“I, not only, know about the need, I’ve seen that need myself,” he said.

The rural broadband project was born out of a local level public-private partnership.

“Just to make sure that these folks in our state have opportunity as well,” Kemp said.

Kemp says the project beginnings are already underway, construction is set to start in May, and it should be completed in under two years.

“As we speak, crews are working here in Jones county preparing for the fiber construction that will begin early this summer,” CEO of Tri-County EMC Ray Grinberg said.

Kemp says they state is making other efforts. There is $40 million in its budget proposal that is dedicated to a rural innovation fund. It’s all about providing a pool of resources to empower businesses and entrepreneurs to start and expand in rural Georgia areas.

“Just to make sure that these folks in our state have opportunity as well,” Kemp said.

He says the broadband project is part of his commitment to rural Georgia.

“Addressing the lack of broadband access in rural Georgia has been a key priority of mine since the campaign trail,” Kemp said.

He says it’s gratifying to see those efforts come to fruition.

Kemp says the state has over $20 million dollars allocated in its FY21 budget, that’s already been passed, to fund more rural broadband projects.

“Rural parts of our state, they were last to get mail service, last to get electricity, and now last to get connected, and we’re going something about that,” Commissioner Tim Echols said.