Governor Kemp to sign bill that will allow cocktails to-go 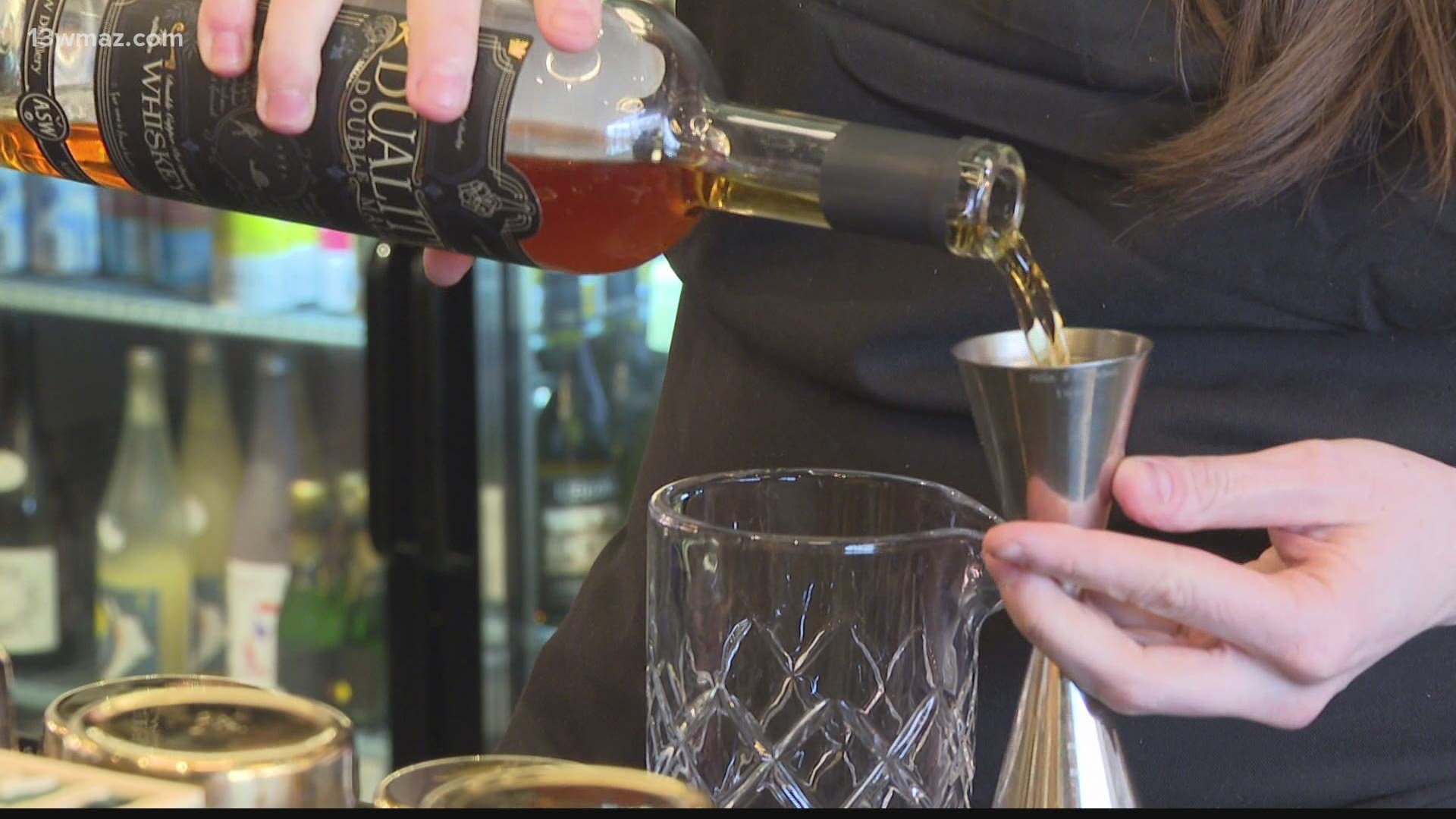 MACON, Ga. — Next time you order take out, you could have the option to add on a to-go cocktail.

"We heard a lot of times in the increase of curbside pickup that people would love to take a craft cocktail with them, something they don't have the ingredients or skills to make at home. There's a lot of restaurants and bars in Macon that specialize in it," said Josh Rogers, president of NewTown Macon.

With every one entree item, you could order two cocktails to-go.

"Certainly excited to finally be able to offer mixed drinks to go since serving craft cocktails is one of our favorite parts of our service," said Chelsea Hughes, owner of Kinjo Kitchen and Cocktails on Second Street.

She says her restaurant will sell cocktails to-go once the bill becomes law, but Hughes says she wishes the bill-to-law process happened sooner.

"It's exciting to be able to do it, but I don't foresee it impacting our sales a tremendous amount because people can go in and grab a drink now," Hughes said.

The bill passed the General Assembly in late March, and since then, Hughes and her team have been planning for the day it becomes law.

There are some requirements. The mixed drinks must be packaged in a specific sealed container that have no openings or straw holes.

The alcohol or spirits cannot exceed three ounces. Hughes says Kinjo plans to offer a full range of cocktails from Moscow Mules to a Rum Punch.

"They may not necessarily be our menu cocktails but certainly some classics. I think it would be great to bring home a glass of old fashion and sit on the couch and watch some TV with it ya know," Hughes said.

Hughes says you can expect to order drinks to-go at Kinjo in the next few weeks after the governor allows it, of course.