'Like a knife in the heart': Former Jones County coroner sentenced to 20 years in funeral thefts

Jerry Bridges must report to jail right away, allow the state to take and sell his cemetery, and repay more than $200,000 to his victims 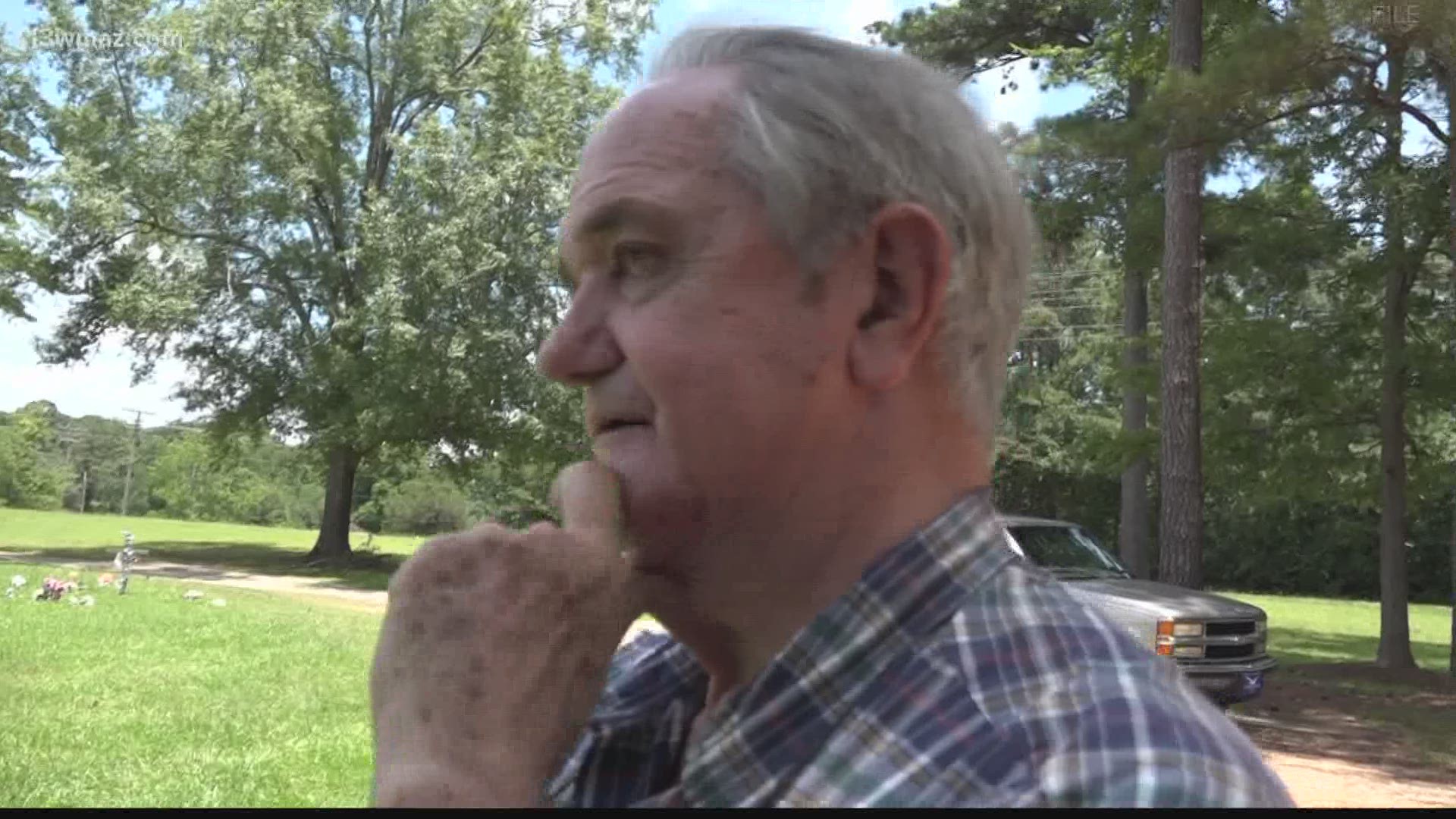 GRAY, Ga. — After more than a decade of ignoring state regulators and judges, former Jones County Coroner Jerry Bridges' crimes caught up with him.

On Thursday morning, Judge Brenda Trammell sentenced the former funeral home and cemetery owner to 20 years. He must serve the first five in prison.

Bridges was ordered to report to jail right away, and he can serve the final 15 years of his sentence on probation.

He could have received as much as 270 years in jail for his crimes, but the state asked for a lower sentence because of Bridges' age and poor health. He's 77-years-old.

Bridges' attorney Gregory Bushway asked the court to give him 120 days before reporting to allow him to potentially find a buyer for the cemetery, but the state argued that Bridges had more than a year to take care of that already.

The judge agreed that giving him more time was not necessary and ordered him to be taken to jail immediately after the hearing.

Bridges must also pay more than $200,000 in restitution to his victims.

Tearful victims and family members spoke at the hearing as others looked on in silence. They detailed being taken advantage of at some of the toughest and most vulnerable periods of their lives.

Their requests ranged for calls for a maximum sentence, to one who asked the judge for leniency in a move toward mercy and forgiveness.

One said his father told him just before he died that he would not rest in peace until the former funeral home operator paid for his crimes. Jackie Avant described the betrayal, "Like a knife in the heart."

Bridges must also allow the state to seize and sell Cedar Ridge Cemetery, which he owns, and allow that money to back into the perpetual care and pre-needs accounts he admitted to taking.

Prosecutors say they are also hopeful that sale may bring in enough money to repay Bridges' victims.

The sentencing came three weeks after Bridges pleaded guilty to mishandling money for prepaid funerals or burial expenses, and admitted to taking that money and using it for other purposes.

He pleaded guilty to 43 fraud-related counts in November. Each count represented a person or family that Bridges took $750 to $18,000 from during his time as a funeral home and cemetery owner.

The charges included 10 misdemeanors and 33 felonies that involved higher dollar amounts for theft by conversion.

Bridges' funeral home was sold several years ago, but he continued to own and operate Cedar Ridge Cemetery in Gray.

For nearly two decades, Bridges refused to answer complaints and threats from state regulators and even judges.

Despite threats of fines or other legal action, the state allowed Bridges to keep operating, taking tens of thousands of dollars from unsuspecting families.

After a 13WMAZ investigation, the Georgia Secretary of State's Office announced a reorganization aimed at strengthening funeral industry oversight.

An office spokesperson said no one case motivated the review that led to the change, but said they were "aware of the Jones County coroner" situation.

So far much of the system that allowed Bridges to continue to operate and take advantage of people remains in place and unchanged.