'The best defense is consistency:' Here's how to deal with that pesky Kudzu plant

Greg Israel from U.S. Lawns in Macon-Bibb says once it starts growing, it's difficult to control; but there are ways you can manage it 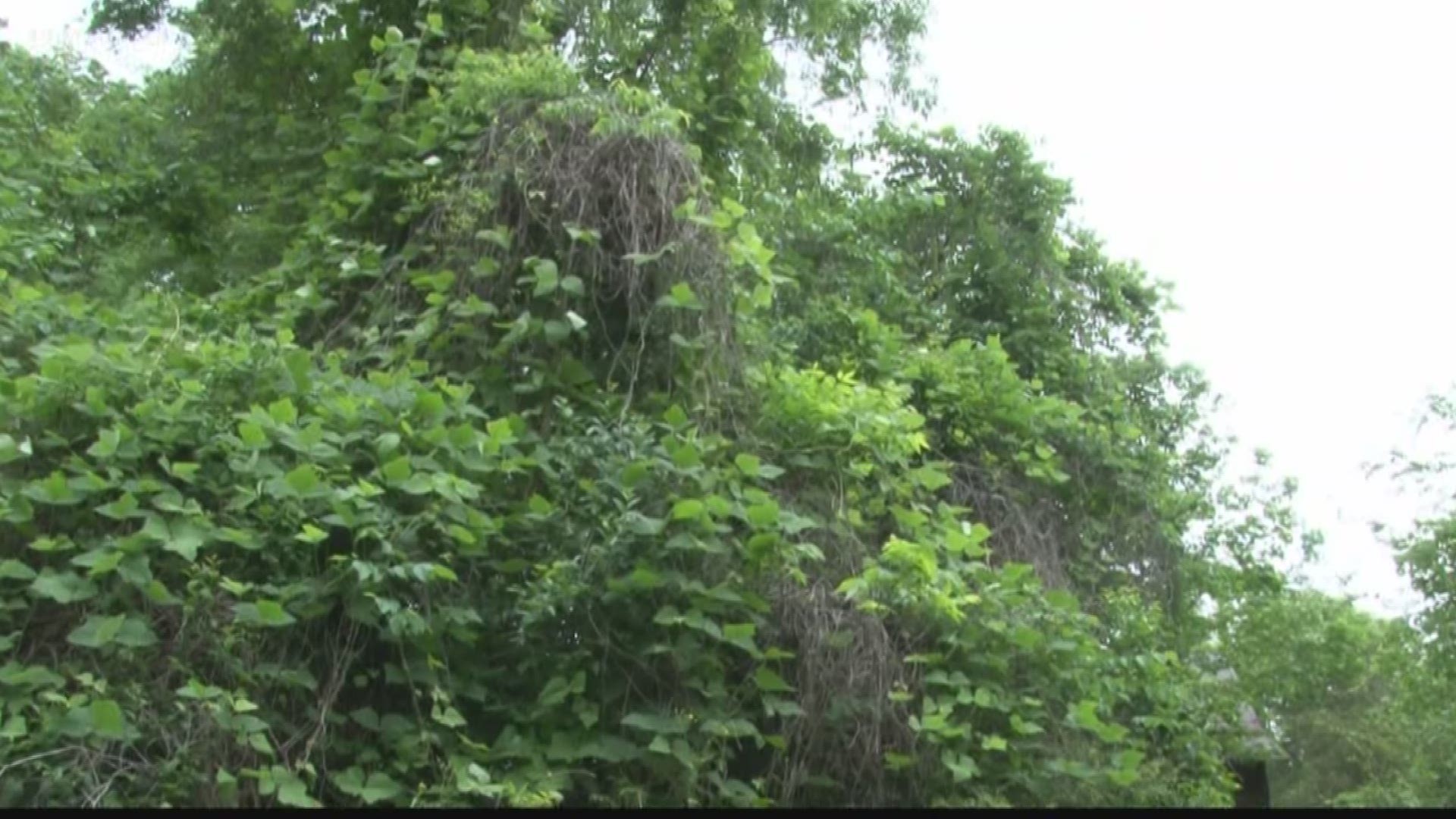 JONES COUNTY, Ga. — Ginger Hudson has overcome a lot of battles. She lost her first husband and survived breast cancer, but now she's at war with Kudzu.

"10 years ago we had it under control. I don't even know the name of the stuff my husband used. He got it from a place that's no longer in business in Macon," Hudson said.

It's actually quite pretty to look at, which is what owner of U.S. Lawns in Macon-Bibb Greg Israel says made it useful.

"Kudzu was introduced intentionally to America, imported from Japan. In the 1930s, it was considered a ground cover and used for erosion control," he said.

Don't let looks fool you, Kudzu is an invasive species that attacks everything in its path.

"It's choking everything out. It's covering them. You can't see anything. There was a tree underneath that big bush right there, but it's no longer there, because the Kudzu is killing it," Hudson said.

"It grows more rapidly than anything else it can compete with, and it just chokes it out," Israel said.

Israel says the plant spreads through its seeds and roots.

"It just invades everywhere it's at. It hasn't been planted all over the Southeast, but through birds, through wind, it's moved across the southeast United States at a rapid pace," Israel said.

He says Kudzu covers about seven million acres across the Southeast, since it thrives in the hot, humid climate, but how do you get rid of it?

Israel says it takes 40-80 gallons of chemical treatments per acre to control it, which can get pricey since it grows about a foot a day.

"The chemicals aren't the solution, the chemicals are just an assist, therefore when you go with Kudzu, trying to attack it with a chemical is not practical," he said.

Israel advises against pulling it by the roots, which Hudson can't anyway since she's allergic to it, but she's just looking for anyone to help.

Israel says some reports suggested using goats or cattle to graze on Kudzu to help control it, but the best way to fight it is to keep a well-maintained yard.