The Grits Café is now under new ownership, and many of the previous employees are back 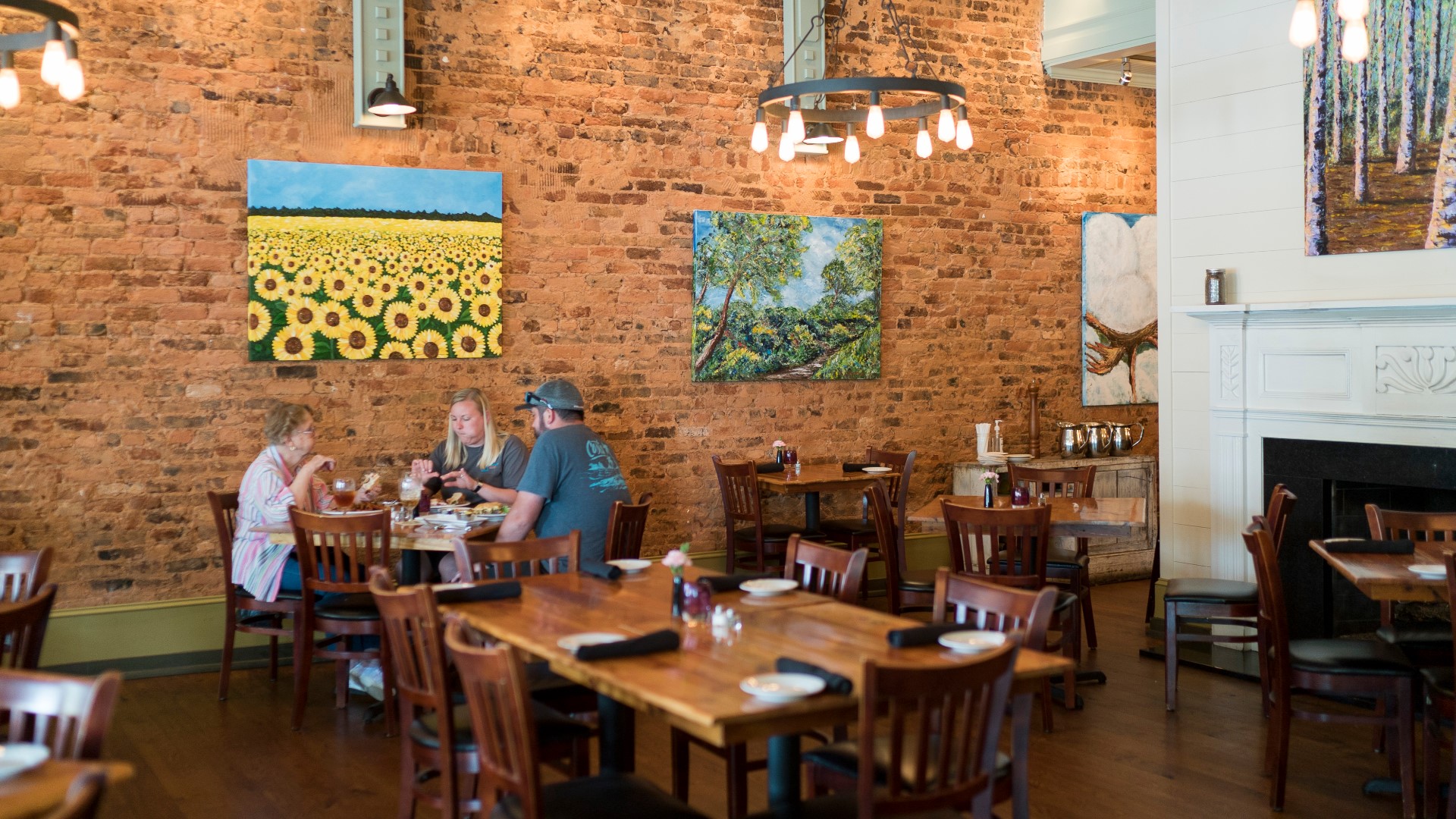 FORSYTH, Ga. — A Forsyth staple is bringing back its classic charm with some new restaurant flare.

The Grits Café has sat at 17 W Johnston St. for over two decades, and now the well-known restaurant is under new owners. They celebrated their grand opening on Wednesday.

Richie Jones, Ryan Griffin, and Brian Adams are the new owners of the southern eatery. They have their hands in several Macon restaurants, including: JAG’s Pizzeria, Miramar Raw Bar and Tapas, and Brasserie Circa – two of which are located on Forsyth Road.

“And now we have Grits in Forsyth,” said Chris Barton. He's the director of operations for the restaurant group.

“It’s great. Knowing that it’s been here for 22 years and being able to take over and just keep something special going and growing is pretty awesome,” said Barton.

The group reached out to the cafe's previous owner, asking if he was interested in selling the restaurant. After a few weeks, they worked out a deal.

They solidified that sale at the beginning of April. Grits only closed for about two and a half weeks before they opened their doors again under new ownership.

Barton says not much has changed. The menu is mostly the same, but they expect to change it more toward the end of spring – adding fresh fish and different cuts of beef.

They’ve even brought back most of the previous employees, like Leslie and Jamie Waters. Leslie is the manager and Jamie is the executive chef.

Leslie and Jamie are married; they actually met at Grits shortly after it opened in 1999. Leslie started working at there as a busser in 2000, and Jamie started as a sous-chef in 2003.

“It’s been a long time since we have all been functioning healthy, you know. The way things are supposed to be,” Leslie said.

Like many restaurants across the country, Leslie says the COVID-19 pandemic caused Grits some strain. The restaurant often couldn’t take reservations, keep many tables open, or had to close, she said. Leslie says she’s excited for things to start getting “back to normal” at the eatery with the new restaurant group.

“I can’t think of anyone better to own it than these guys,” she said.

Barton says the community has been supportive of the shift.

“It’s been great to get up in Monroe County, Forsyth. Everyone seems to want us to succeed and do well,” he said.

The restaurant is open from 11 a.m. to 2 p.m. for lunch and 5-9 p.m. for dinner from Tuesday through Saturday.