A state group is on standby to go to the Carolinas and help after Florence. Ham radio operators can help organize volunteers. 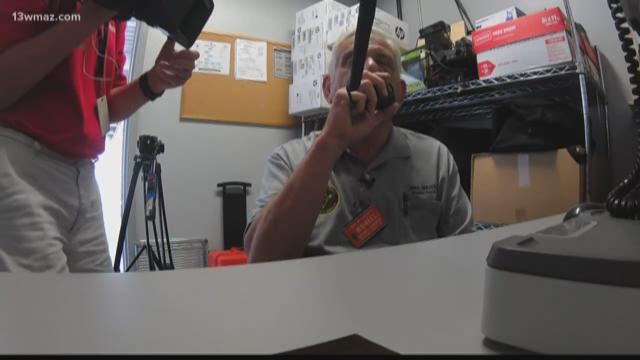 Here in Georgia, a ham radio mutual assistance team went on standby to help the Carolinas in the aftermath of Hurricane Florence.

They can set up quickly in a danger zone and transmit messages without a power source.

13WMAZ sat down with a member from Houston County who says ham radio assignments are changing in the field.

He got into this over 50 years ago as a young boy.

"There was a man next door, and he worked on hearing aids, and I was ten years old, and he gave me some books it was downhill from there," Louth said.

Now when the weather goes downhill, guys like Louth are there to help. He's monitoring Florence this weekend.

When Florence is finished with her wrath, volunteers will move in. Louth says that's where ham operators have really shown their worth.

"For example, we had a tornado here two years ago, and we had all these chainsaw crews, well they tried to coordinate with cell phones, but cell phones aren't made for a one to many, many communication," Louth said. "So we took our ham operators and put one operator with each chainsaw team."

You might think of ham radio as a hobby, but this is serious stuff.

Men and women go through extensive training to respond in emergencies.

"We are not just people that come in for the occasion," Louth said. "FEMA has a series of four courses having to do with management and how things are done, and most of our people have taken all four of those courses and have the certification from FEMA."

So the boy fascinated by hearing aids is now keeping an ear out for anyone in need.

If conditions deteriorate within the state the Georgia Emergency Management agency could also activate the ham operator group.