Chances are you can find one of about 25 stands near you. 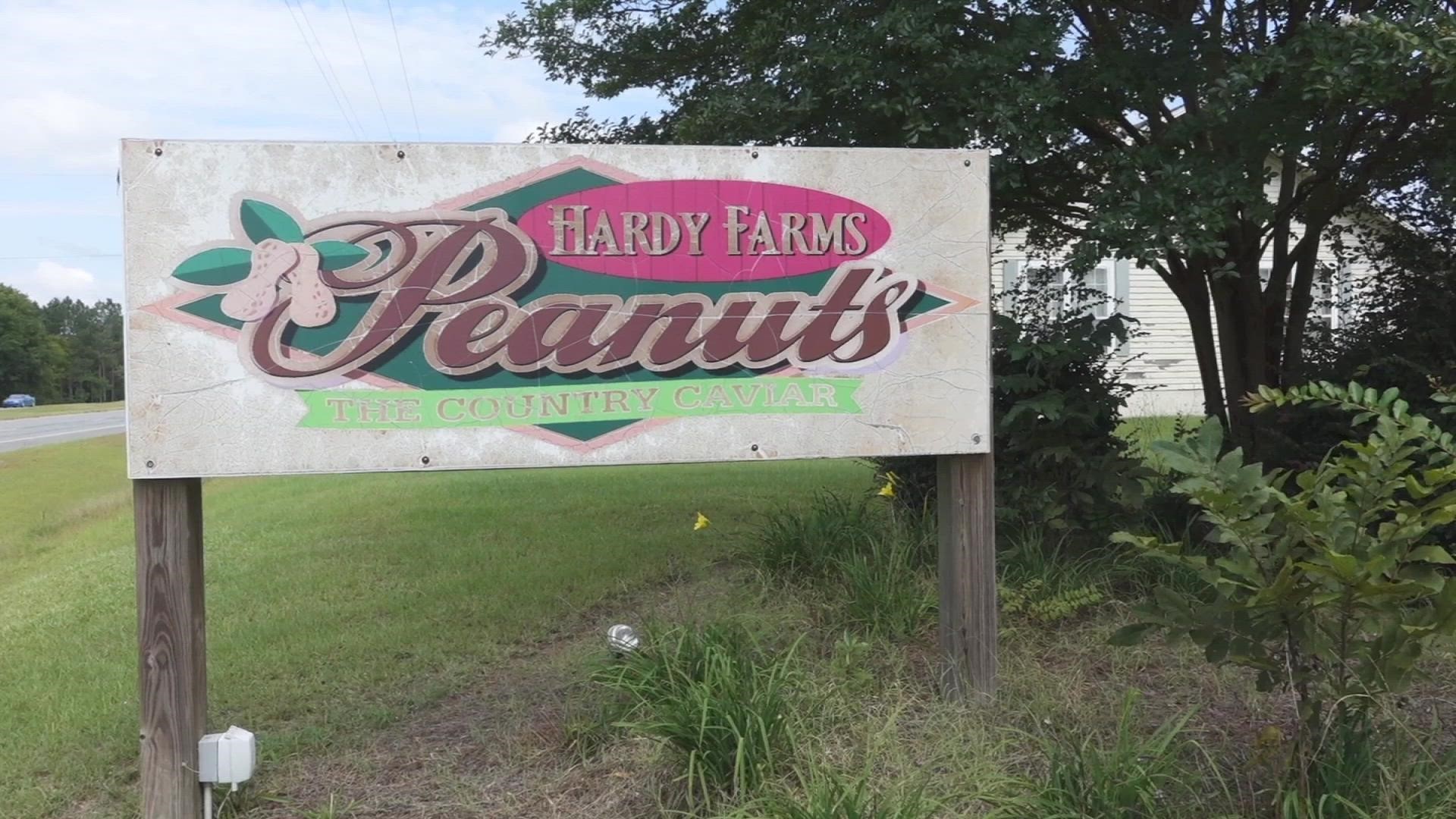 HAWKINSVILLE, Ga. — If you're a lover of boiled peanuts, it's about to be your favorite time of year!

Hardy Farms Peanuts is now open for business in about 25 stands across Central Georgia.

The Hardy family has been growing peanuts for over 70 years, and the business has been handed down from one generation to the next.

After Norman Hardy passed in the late 1970s, his sons and their cousin partnered up to run the family operation.

"We're very diversified, we all work together," Ken said.

He says about half of them run the farming side of things, and the other half, including himself, run the peanut stands.

The rich history of Hardy's is something Ken says makes their business special. They once faced economic hardships in the 90s, and selling boiled peanuts changed that. Now, they produce over 5 million pounds of green and boiled peanuts annually.

Ken says the peanuts are fresh, and they keep people coming back year after year.

"These peanuts, they'll be picked today and in a stand tomorrow," he said.

Not only are they fresh, but they're locally grown.

"It's important to buy Georgia grown stuff," he said. "You're helping out your neighbors... you're getting a quality product."

You can find a stand near you by going to their website. Ken says they'll be selling up until around Halloween, depending on supply.