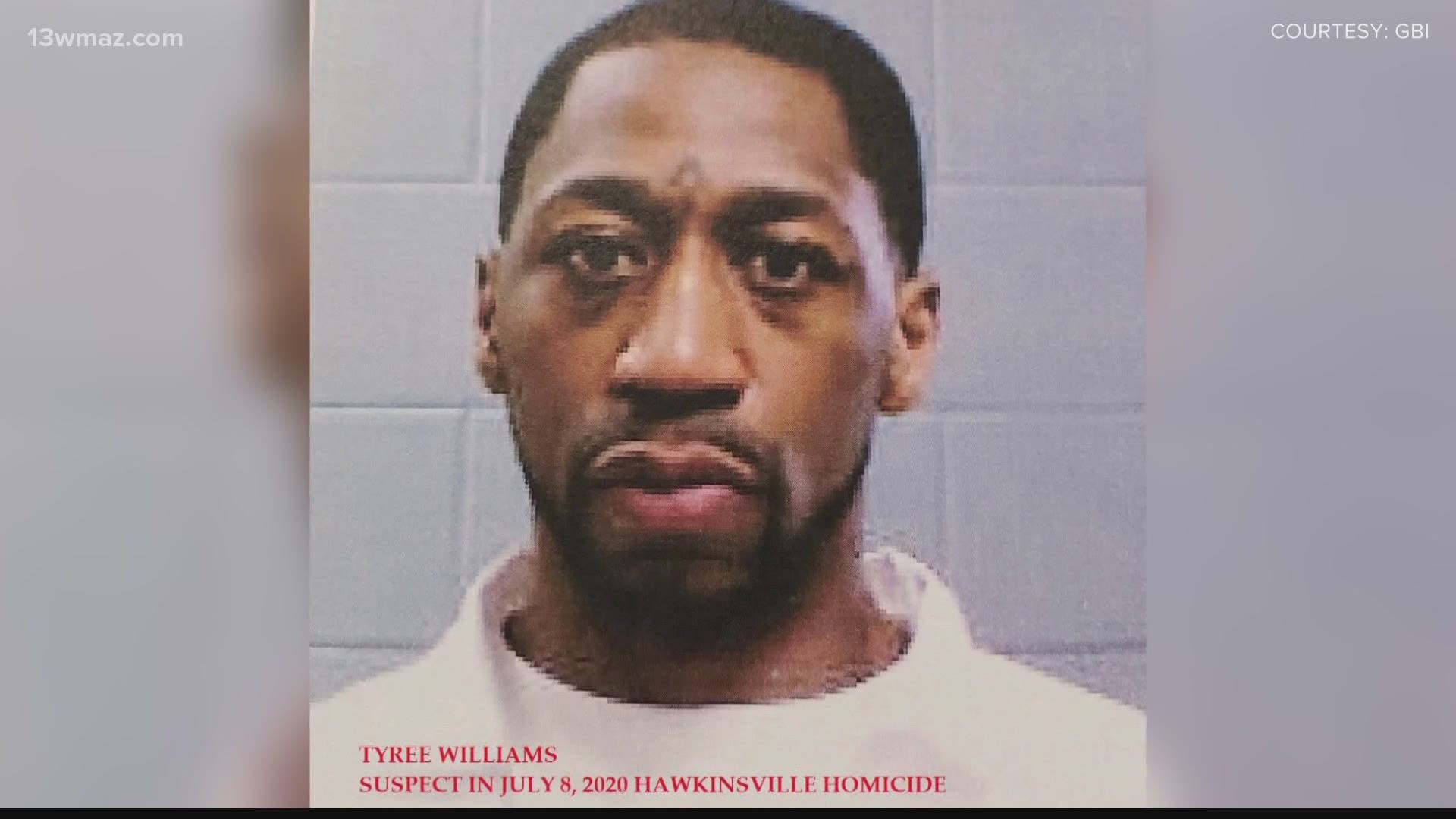 PULASKI COUNTY, Ga. — The man wanted for a Wednesday morning homicide in Pulaski County is now in custody.

According to a news release from the GBI, he was arrested Thursday and charged with with malice murder, aggravated assault, and home invasion, in connection to the murder of William Whitehead on Wednesday.

The GBI says they were requested by the Pulaski County Sheriff’s Office to investigate a shooting that happened around 5:15 a.m. Wednesday on Jelks Street.

The GBI says the victim, 39-year-old William Whitehead, and his family were at their home when 32-year-old Tyree Williams entered the home and shot Whitehead in the back of the head.

Whitehead was taken to Taylor Regional Hospital, where he later died. An autopsy will be completed at the GBI’s Crime Lab in Macon.

Monica Dominy, who lives a few houses down, says she didn't hear the gunshot, but her friend told her what happened.

"Told me that someone had passed away down the road and it just shocked me. I got up and just noticed everything going on and I had been sleeping through it. It just kinda scared me," says Dominy.

She says they don't see a lot of crime in Hawkinsville.

"It really is a tight neighborhood. Everybody knows everybody, everybody looks out for everybody."

This is the county's first homicide this year and the seventh in the last three and a half years, according to Pulaski County Sheriff Danny Brannen.