‘He thought of himself as a servant of God:’ Founder of Truckstop Ministries laid to rest

Chaplain Joe Hunter founded the ministry in 1981. They now have 78 truck stop chapels across 29 states 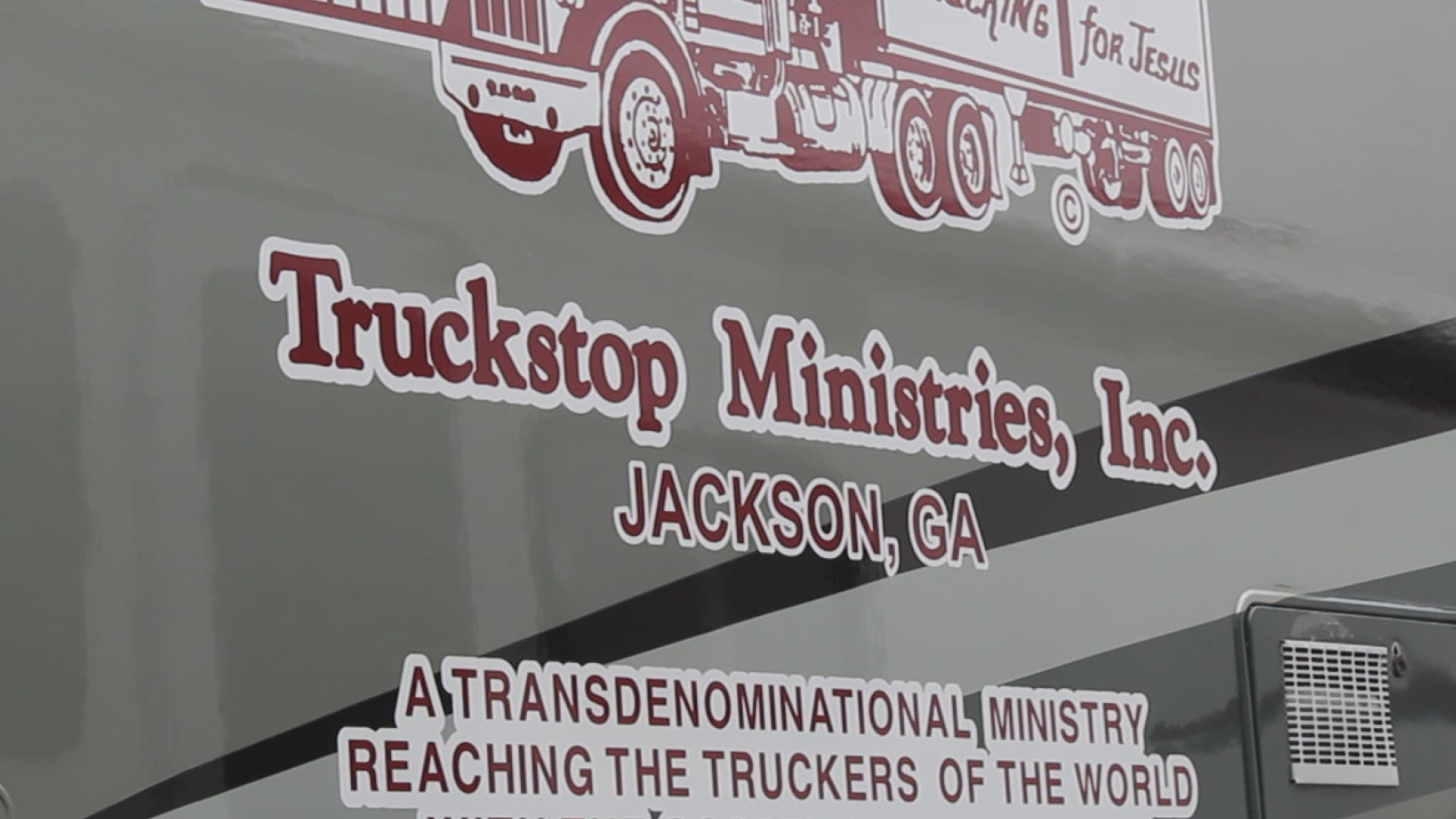 On Monday, his body was transported on a semi-truck from his home in Jackson to his final resting place at the Georgia Veterans Memorial Cemetery in Milledgeville.

Joe would've been married to his wife, Janice, for almost 52 years. She said Joe served in the Army before becoming a trucker for 20 years.

"He was drafted in 1966 and was in service for two years. [He] served one of those years in Vietnam," Janice said.

Janice said Joe was dedicated to sharing his faith.

"He was a fun, funny person. He had a sense of humor that kept us laughing," Janice said. "He could be a serious person too, he loved truck drivers and others, and it became a passion of his to see all drivers born again."

Since starting in 1981, Truckstop Ministries has placed 78 truck stop chapels across 29 states.

Because there were no funds to start the chapels at first, Janice said they started reaching out to churches. From there, the ministry grew.

"We're involved with churches all across the nation, we have over 500 people that work with us," Janice said. "And we have an office staff of four now that Joe's gone."

The ministry has several offices, but Jackson is where Joe called home.

"He loved God, family and the country," Janice said.

One of Janice's favorite memories was attending the Mid-America Truck Show in Louisville, Kentucky every year.

Janice said Joe would get to meet people who listened to him on the radio and through his CDs.

Janice said she worked full-time with the ministry until 2011, when she was battling cancer herself.

Through it all, their family grew from just two children to 11 grandchildren and one great-grandchild.

Janice said Joe loved teaching the grandkids how to fish and string a pole. She said some of the grandchildren even called him 'Happy,' because he was so happy.

Joe was diagnosed in September 2016, going through a surgery, chemotherapy, and eventually immunotherapy.

He was transported to hospice the day of his death.

Janice said she feels supported by family and friends.