'He was a role model': Family mourns loss of 19-year-old shot and killed while playing video games in Warner Robins home 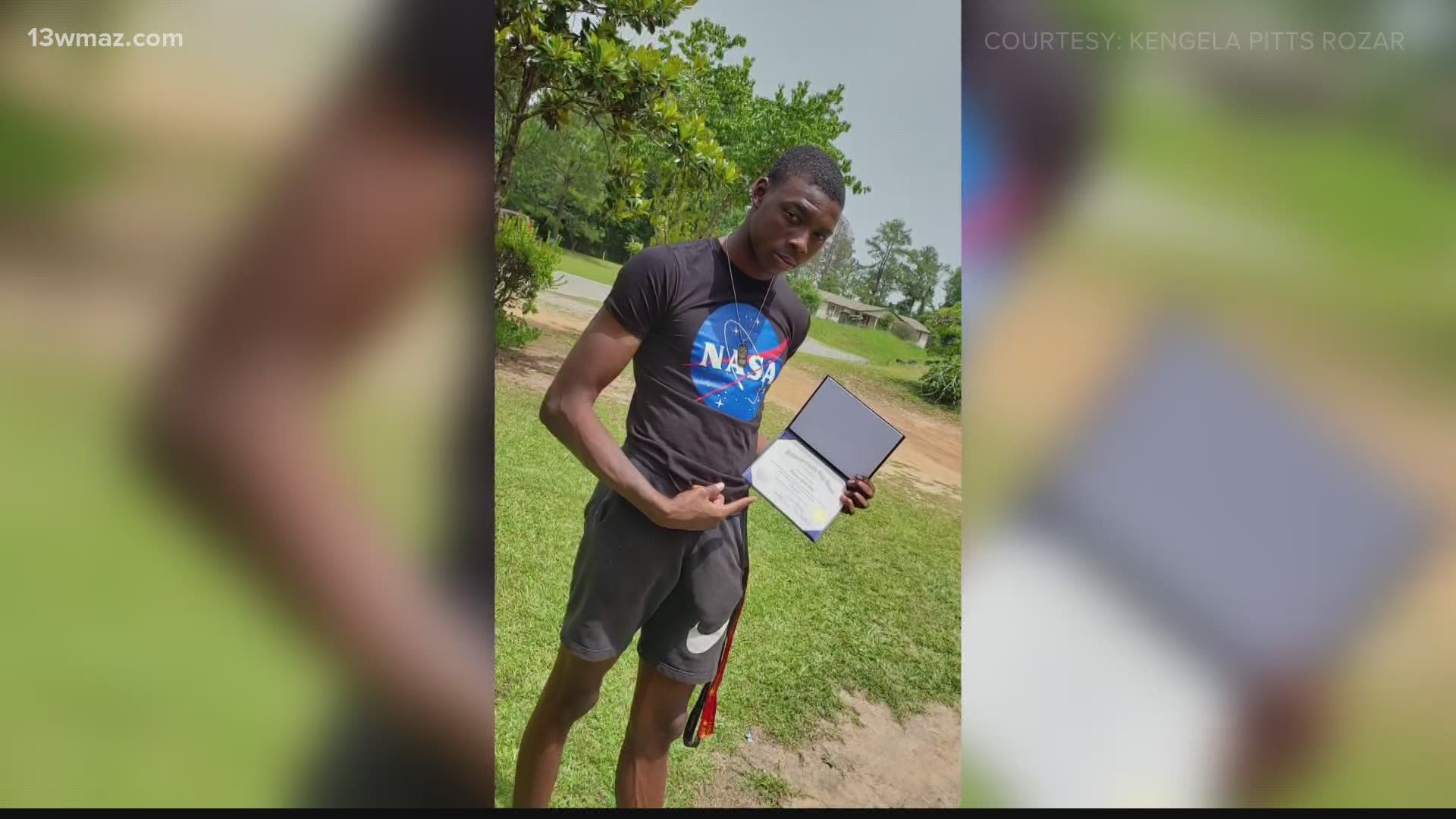 WARNER ROBINS, Ga. — The family of 19-year-old Deandre Pitts is asking for answers about how and why he died.

We spoke with family members and friends of 19-year-old Deandre Pitts. They described him as smart, caring, and the life of the party. They all say this is a tragedy and he's gone too soon.

Trecia Gardner is Deandre's aunt Tarious Pitts is his uncle.

"He was a lovable, respectful, awesome nephew, and I wouldn't trade him for the world," said Gardner.

"He was a role model. I know a lot of kids look up to him," said Tarious.

The family says Deandre graduated from Wilkinson County High School last summer and moved to Warner Robins with his dad. Deandre loved to sing, play sports and go to church.

"He's just a great kid and I'm looking for him to come in the door any minute and say, 'Auntie, fix me a plate. Can I get something to eat, auntie?' and I'm waiting for that... but I know it's not going to happen," said Gardner.

According to Warner Robins Police, he was shot Friday night at a home on Hartley Avenue. When officers arrived Deandre and two friends were in the house. All three, including the victim, told officers they were playing video games when two men came in the front door and starting shooting.

His cousin Malika Mefane says this story is not adding up.

"I know like me, myself, and his mom, everybody else, we want to know. We won't be able to sleep until we know, like, we got some peace. My baby, he deserves some peace, some justice," said Mefane.

We spoke with Deandre's mom, Kengela Pitts Rozar, and she says his goal was to attend Columbus State University and major in engineering.

The family is starting a foundation in honor of Deandre to help combat youth gun violence. If you would like to donate to the family, you can do so here.