According to an FAA report, all three people on the helicopter were killed in the crash 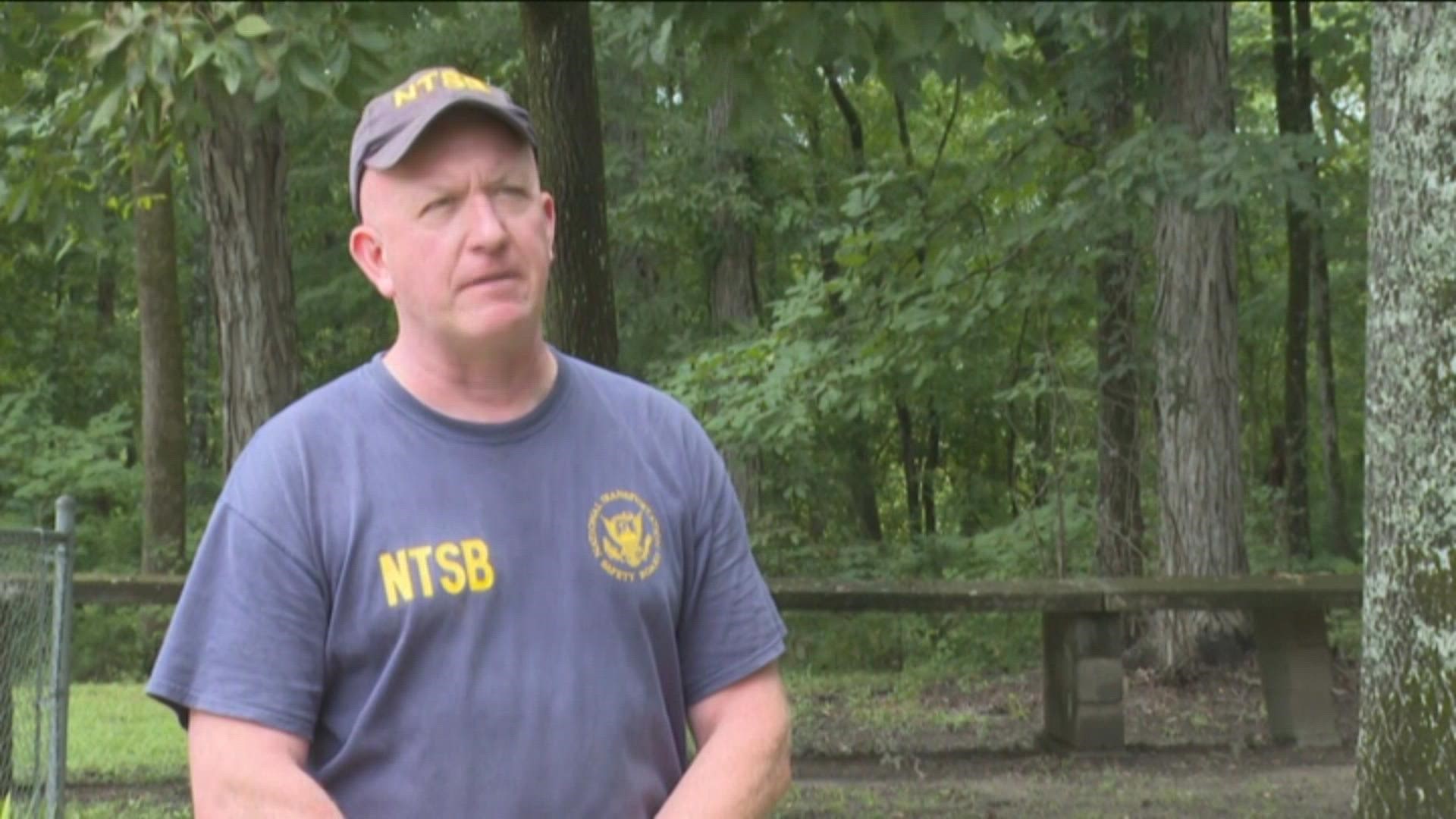 MONTICELLO, Ga. — An investigation into what caused a helicopter crash that left three people dead in Jasper County is underway.

In a news conference Friday, Aaron McCarter with the NTSB says they determined a Robinson R66 helicopter left Thomasville, Georgia, around 6:40 p.m. Wednesday. It was reported missing just before 9 p.m.

First responders gathered at a nearby church to stage a search, and the Georgia Department of Natural Resources said Thursday evening that the helicopter was found.

McCarter says the destination of the helicopter is unclear at this time, and they are still trying to determine what caused the crash.

According to an FAA report, all three people onboard at the time of the crash were killed. They were identified by the sheriff's office as:

McCarter says the wreckage indicates there was a high-energy impact, leaving behind a 125-foot long wreckage pathway.