Police: Investigators trying to determine if 2 sets of human remains discovered are linked to another case

Police confirmed Tuesday evening that the remains were discovered in the area of Hudson Bridge Road and Oakwood Manor on July 19. 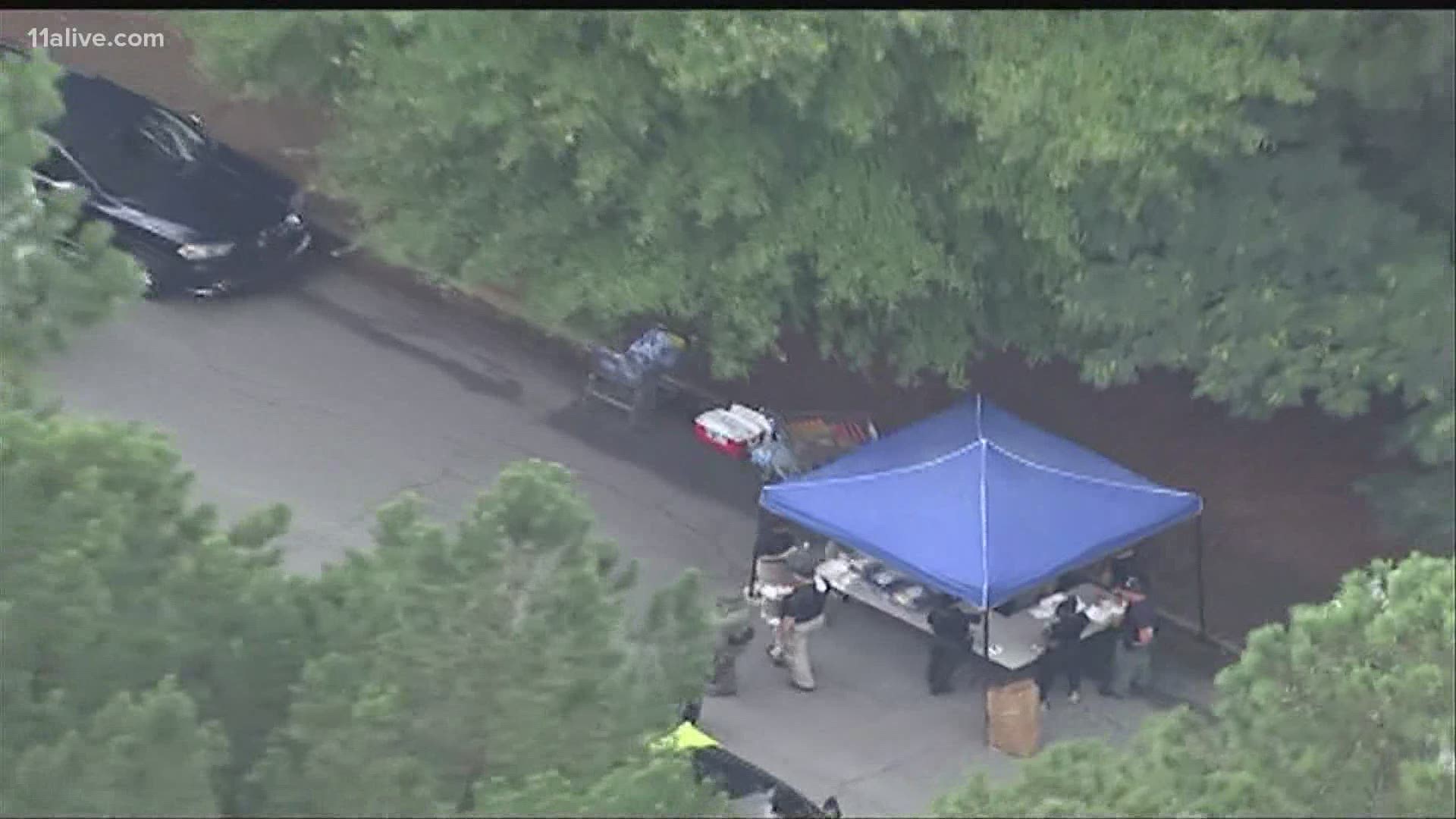 HENRY COUNTY, Ga. — Henry County Police are trying to determine if two sets of human remains discovered on Monday are linked to an investigation that began earlier this month.

Police confirmed Tuesday evening that the remains were discovered in the area of Hudson Bridge Road and Oakwood Manor on July 19.

Henry County officers are working with the Georgia Bureau of Investigations to identify the remains. All day Tuesday, Henry County Police and the GBI carefully recovered the remains and gathered evidence in the woods next to the Spivey Junction shopping plaza.

Investigators said they are also trying to find out if there is a link between this case and another investigation that started on July 9, which occurred at the Hudson Bridge Town Homes. Three people -- Dennis Lane, Cleounsee Fisher, and Ronisha Preckwinkle -- were charged with murder and booked into the county jail in connection with that case.

So far police have not released the name of the person killed in the earlier homicide, or any other information about the two bodies found Monday, or any details about what may link the two to the people now in custody.

11Alive is working to get more information about the investigation.