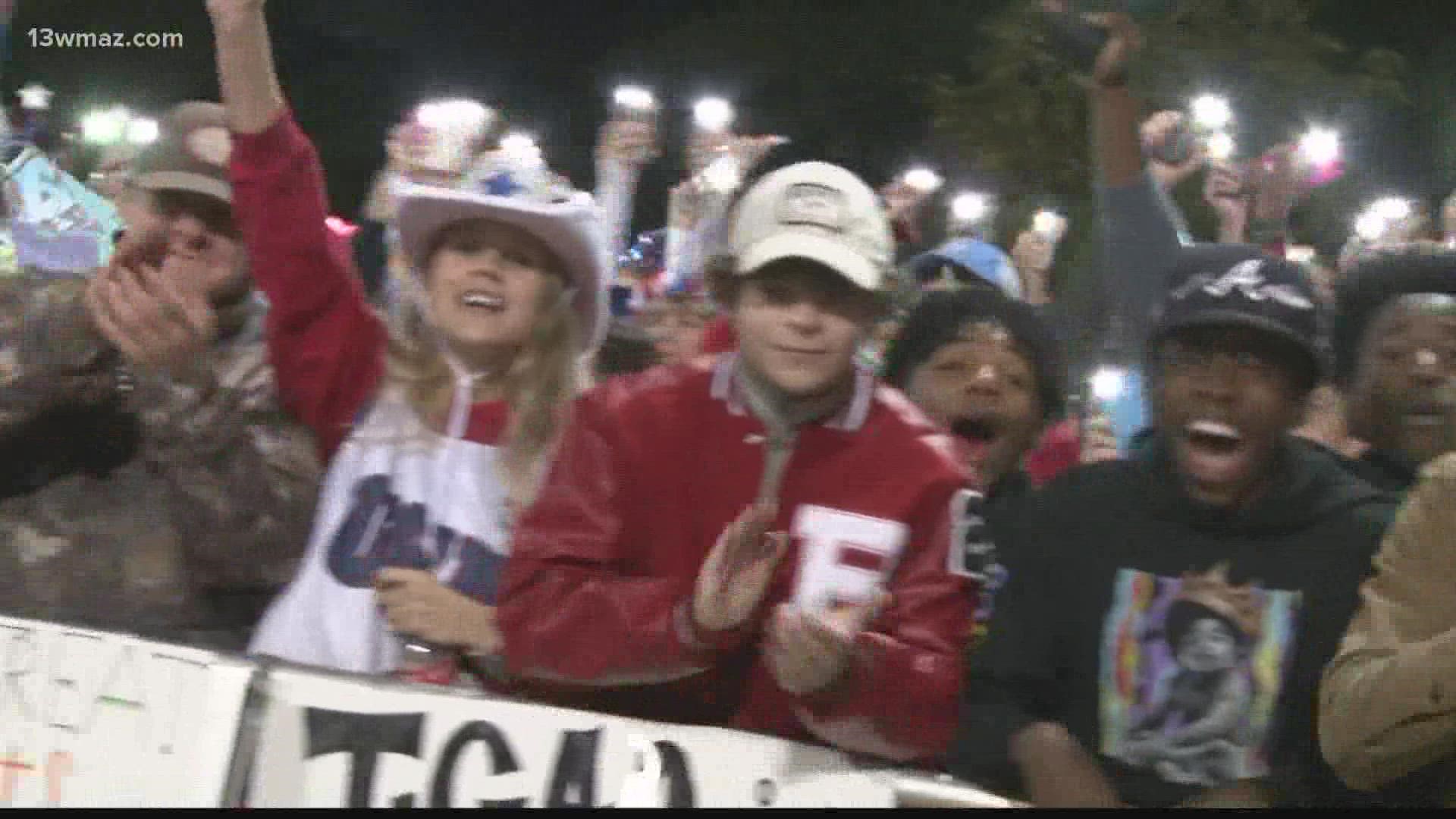 MACON, Ga. — 1. 'To see what I was fighting for': Hundreds of Central Georgia vets wait for chance to take Honor Flight

Life was on hold during the pandemic, leaving many of us waiting, including hundreds of Central Georgia veterans who were left on standby for the trip of a lifetime. The Middle Georgia Honor Flight group's mission is to take World War II, Korea and Vietnam veterans up to Washington D.C. to see the monuments built in honor of their service.

For the next four weeks, we're hitting the road visiting some Central Georgia small towns looking to eat! Some of the towns don't have a lot of options, and that's where gas stations fill the void. Many house full-service restaurants, and we're not talking about grab-n-go roller dawgs or taquitos. Think tables and staff dedicated to cooking hot meals for people to enjoy with their friends.

Wednesday belonged to Atlanta Braves fans as they set about reliving Tuesday night's World Series victory over the Houston Astros.

There are a lot of churches in Central Georgia and on Sundays, we tend to go our separate ways depending on our faith. This is Sacred Spaces; a series that takes a look at the deep history of some sanctuaries across Central Georgia. This week, we're focusing on one sanctuary in Irwinton where different denominations came together long ago.

5. 'Restoring the legacy of this little town': Marshallville group pulls together to revamp downtown area

A group of four in Marshallville say they’re working to bring businesses back to a once-thriving downtown.

Kids in Warner Robins now have a new place to play. On Saturday, the Museum of Aviation Foundation built a new playground in Freedom Park.