Keep an eye out Friday morning as flooding has caused road closings and traffic hazards. 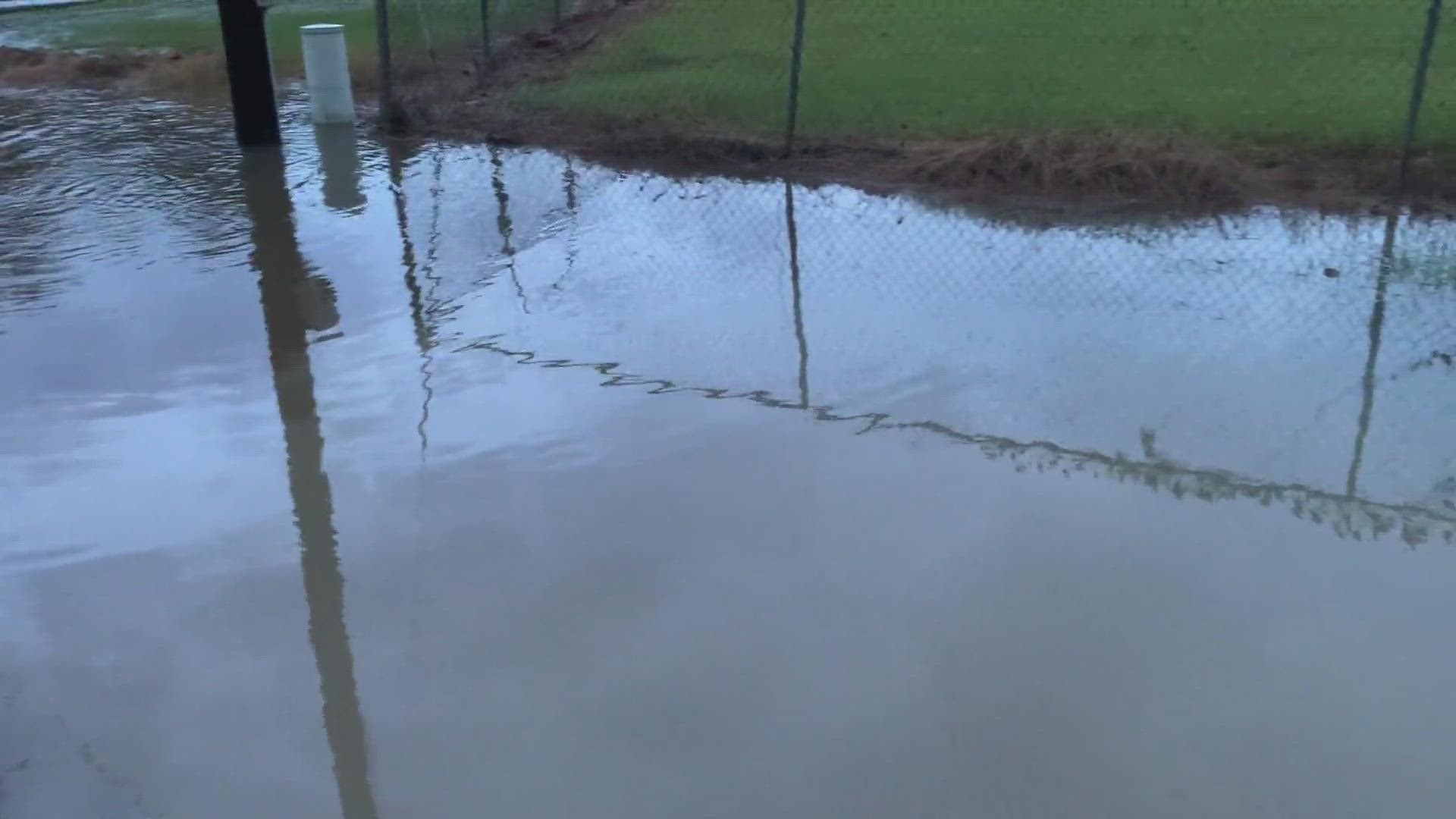 Jones Road appears to be washing out and could be closed for several weeks.

Highway 257 remains open, but there are stretches with standing water and motorists need to be especially careful as they take it, according to Kelly.

Flooding on Georgia 7 at Cosby Street to Snow Springs Road has prompted crews to close that portion of roadway. Estimated time of clearance is 8 a.m.

Flooding on Georgia 87 at Slosheye Trail has prompted crews to close the roadway. Estimated time of clearance is 8:30 a.m.

Flooding on Georgia 215 at Lambtown Road has prompted crews to close the roadway. Estimated time of clearance is 9 a.m.

According to a post by Southwest Laurens Elementary School, car riders will not be counted tardy due to late buses. They have two trees down in the car rider line.

A downed tree on Georgia 230 at the Dodge County line has blocked all lanes. Estimated time of clearance is 9:30 a.m.

A heads up if your commute takes you through Twiggs County, this includes a route commuters take for Robins Air Force Base.

The Georgia Department of Transportation says flooding and a downed tree has blocked all lanes of Georgia 358 between State Route 96 and U.S. Highway 80.

Colonel James Faulk with the Twiggs County Sheriff's Office says deputies monitoring the scene see trees and powerlines down, and they're concerned part of the highway may wash out.

Exit ramps from I-16 are closed.

Faulk suggests taking exit 24 and using Highway 96 as an alternate, but warns base commuters need to give themselves extra time.

Be careful for flooding which could develop on the side of roads too.

Flash flooding remains a concern today, but we finally dry out tomorrow

Here's the latest in school closures, delays in Central Georgia