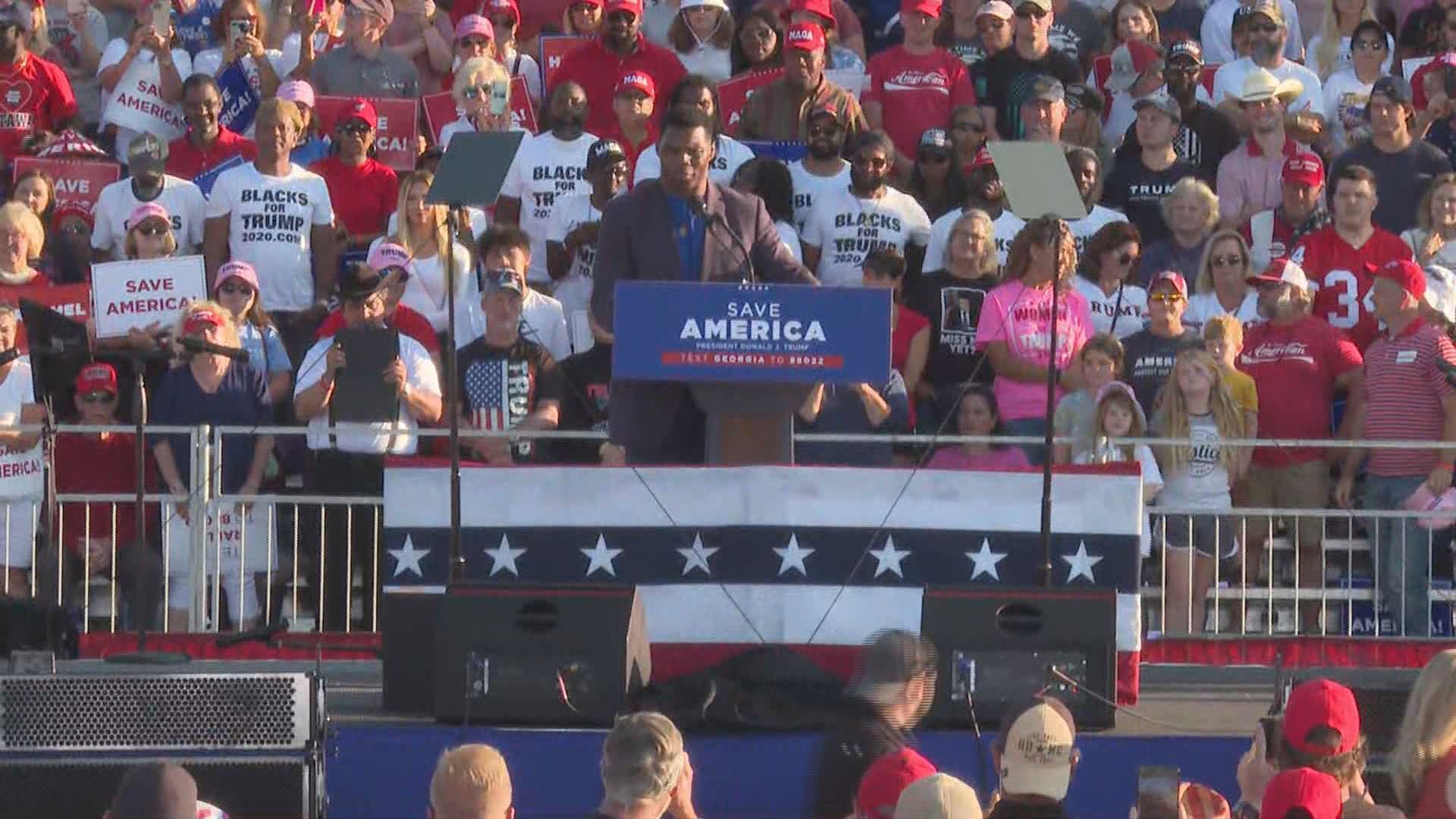 All three describe Herschel Walker, who spoke before Trump took the stage at Saturday's Save America rally in Perry.

He wasted no time in addressing criticism about his qualifications in running for office.

He shared a story about the time he was at the University of Georgia and called his mother. He recalled his mother telling him she lost her job at a clothing factory after production was moved to China.

He says he wants to be a leader that puts the United States ahead of other countries.

"That’s why we got to put leaders in that’s going to worry about the United States, not worry about all these other places," said Walker. "[I'm] not saying that we’re not compassionate because we're very compassionate, but you got to take care of home first."

You can watch his full speech below: