Do you remember the Hotel Lanier? 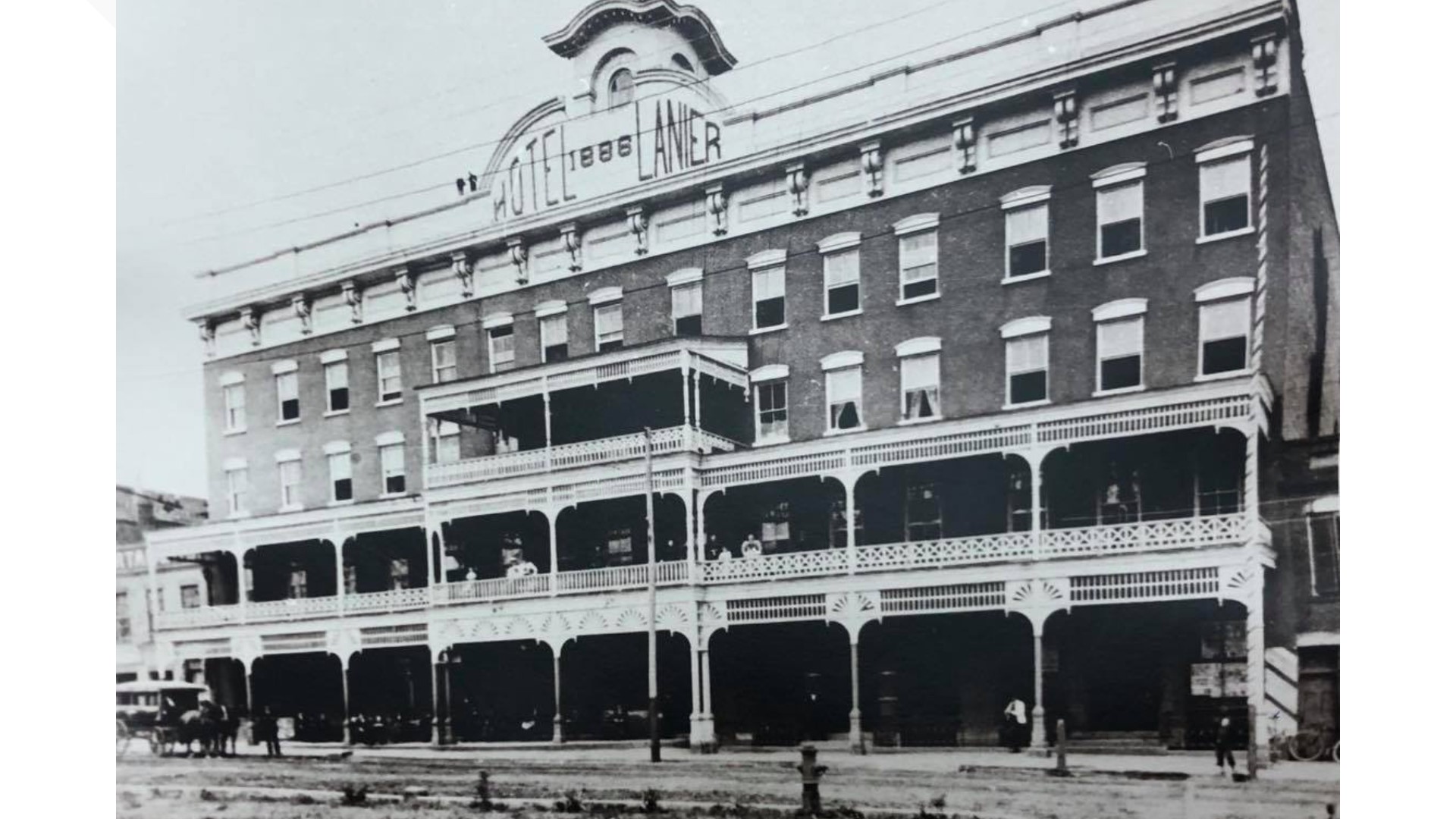 MACON, Ga. — When it first opened on June 12, 1850, the Lanier House was a large Victorian building on Mulberry Street. It was a landmark in the city, known for its beautiful architecture, visitors, and good food.

It's no longer standing today, but a plaque across the street is a reminder of what used to be.

The grandparents of musician and poet Sidney Lanier -- also the namesake of Georgia's Lake Lanier -- were hotel keepers and opened it when Lanier was a young boy.

Retired history teacher James Barfield, who used to lead historic tours of Macon, says the building has a rich history.

"It immediately became the gathering place for people, and especially distinguished visitors," said Barfield. "It attracted people from all over."

In 1864, it served as the Capitol building when the Georgia cabinet moved south. Jefferson Davis, the president of the Confederacy, even held a rally at the hotel.

The following year, Davis was captured by union forces and kept in the building as a prisoner. Union General James Wilson also stayed in the Lanier House, where he kept his original headquarters, according to Barfield.

Over the years, the hotel was remodeled, renamed and switched ownership. For a long time, it was a crown jewel in Macon.

"There were other hotels, but that was the landmark, the big attraction," said Barfield. "It sort of served as a community center."

It served as a location for parties and gatherings, as well as political rallies. Barfield adds it was a "very professionally-run operation."

The building retained many businesses over the years. According to Barfield, Maconites may remember Mark's Cellar -- a restaurant he once ate at himself.

In the 1900s, the hotel caught fire, destroying a wing of the building. Before the building was demolished, many items were sold at auction. Barfield says there are families today who have ceiling fans and other trinkets from the building in their homes.

Then in 1975, the building was torn down to make way for a parking garage.

The man persuaded the builders to do a variation on the look of the Lanier, as a tribute to the hotel.

If you look closely, you can find a parking garage with hints of the Lanier on Mulberry. A plaque stands across from it; giving the history of what used to be there.

If you'd like more information on the building, Barfield recommends Eliza Francis Andrews' 'War Time Journal of a Georgia Girl, 1864-1865.'

Are you curious about the hidden history of a building in your community? Send us a Facebook message or an email to news@13wmaz.com.

A look at Macon's old Ingleside Community Club over the years