'It is mind-boggling': Historic Crisco House goes on the market in Macon

The historic home is listed for nearly $1.65 million. It features a movie theater, fully-renovated kitchen, secret speakeasy bar and more 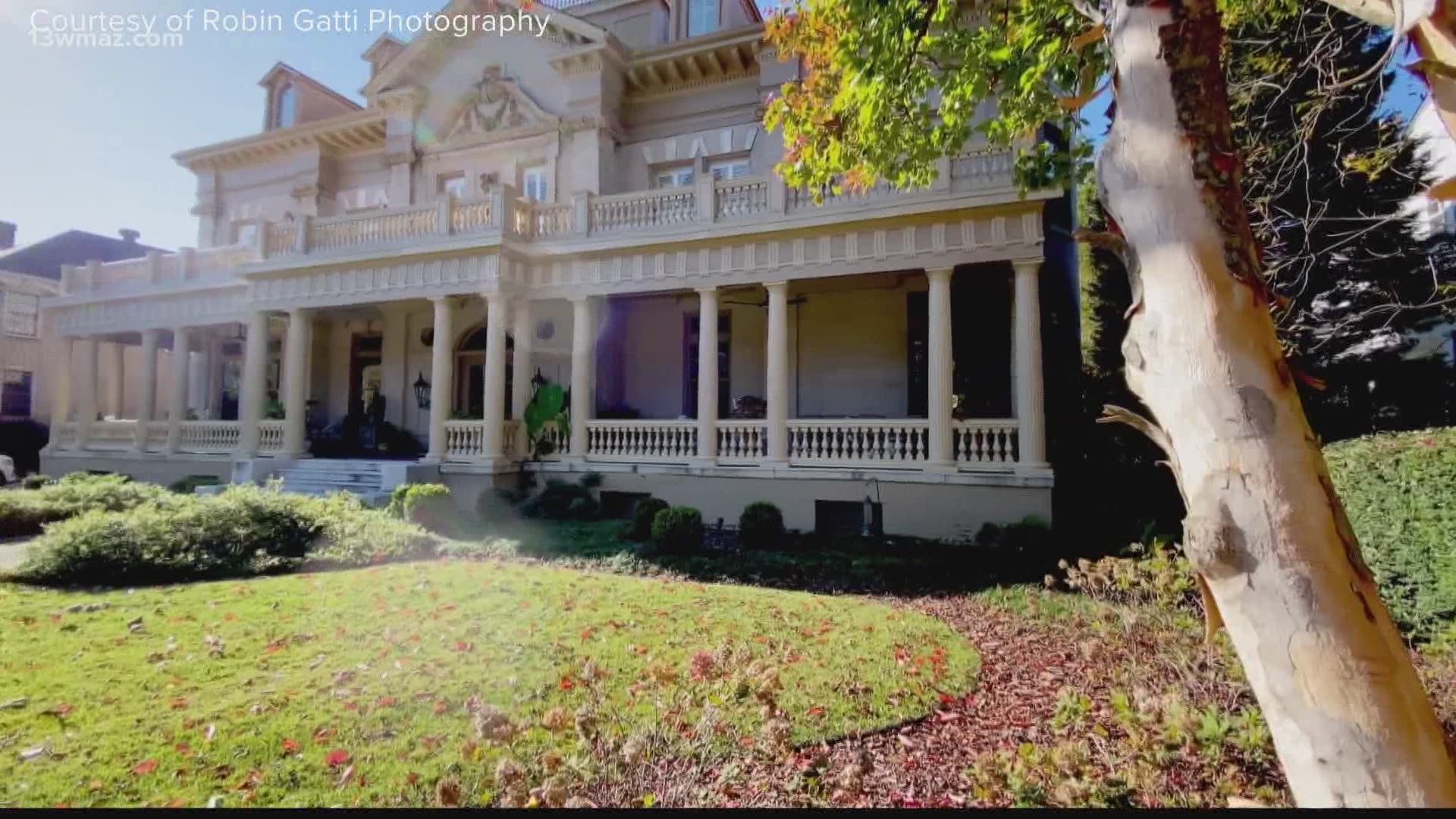 MACON, Ga. — One of Macon's most ornate structures has sat at 619 College Street for over a century, and now it could be yours!

It was built in 1901 by a man named Wallace McCaw. According to the Georgia Trust for Historic Preservation, he's the man who is credited with creating the vegetable shortening Crisco -- hence the house's namesake.

"The minute you step into this house, you feel like you've entered somewhere that you've never seen anything like this before in your entire life," said Sheridan Solomon and Associates Real Estate Company realtor Joanna Jones.

Jones says Massee had a dynamic personality and was a friend of Tennessee Williams. Massee was the inspiration for the character "Big Daddy" in Williams’ award-winning play 'Cat on a Hot Tin Roof.'

According to Sheridan Solomon Real Estate, the Crisco house was divided into apartments in the 1930s.

In the early 2000s, new owners started working to restore the space back to a single-family home, while retaining its historic features.

Jones says the current owners of the home love to restore old properties. They're finished working on the Crisco house and ready to move onto their next project.

"All kinds of gorgeous architecture that you hardly ever see," Jones said.

The house features a large foyer with a dual connecting staircase and a fireplace that sits at the top.

"It is mind-boggling," Jones said.

The main floor of the home has a movie theater, music room, living room, dining room and fully renovated kitchen.

She says most of the wood built into the home is original and has "never been touched." All of the bathrooms are fully renovated too.

"The best part about it, right in the hall by the kitchen, there's a bookcase," Jones said. "And you pull the bookcase back and there's a door that goes down to their speakeasy bar."

The house even has a third level with a "mother-in-law apartment."

This space is still a part of the home, but has its own separate entrance too. It has two bedrooms, a large living room, large kitchen, washer and dryer.

"Of course, there's elevators all the way up to it, so you could have something totally different," Jones said.

She says the history connected to this structure, coupled with its intricate designs, makes it truly special.

Jones says people from all kinds of magazines and news outlets across the country have contacted her about the Crisco House. She says she's already heard from Southern Living and Realtor.com has published a feature on the home.

"This house, whoever is lucky enough to purchase it... it is just amazing," she said.