They kicked off the project Saturday by building the foundation of a home on Hickory Street in Warner Robins. 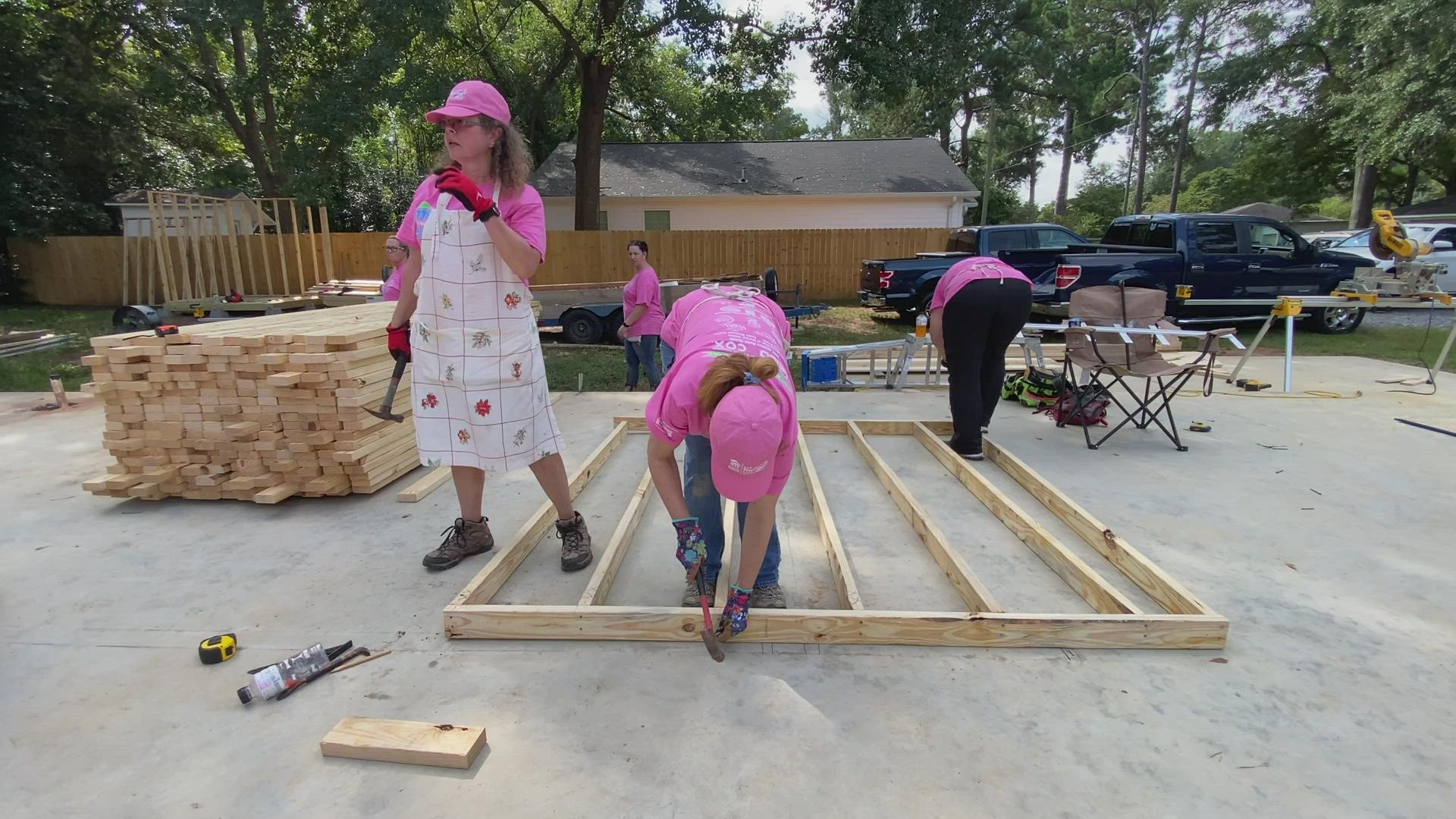 HOUSTON COUNTY, Ga. — Every Saturday in October, Houston County Habitat for Humanity is partnering up with about 80 women.

“What’s better than to come together and have a good time, learn new skills, and provide a home for somebody in need of affordable housing,” said Dawn Booth.

Their goal? To build a home and raise awareness of housing issues facing women and their families.

GEICO and Cox are also taking part in the monthlong project.

They kicked off the project Saturday by building the foundation of a home on Hickory Street in Warner Robins.

“It is very exciting because you spend 180 hours working on a house with a family and then seven years later, you see that family in Wal-Mart and they run up and give you a great big hug because you changed their life seven years ago,” said Paul Casilli.

This year, eight teams comprised of up to 10 members were challenged to create fundraisers. Overall, they raised more than $21,000.

Habitat wants to meet its target goal of $100,000 this year. You can donate at www.hocohabitat.org