Homeschooled students headed out to Champions Creek in Milledgeville to monitor its health. 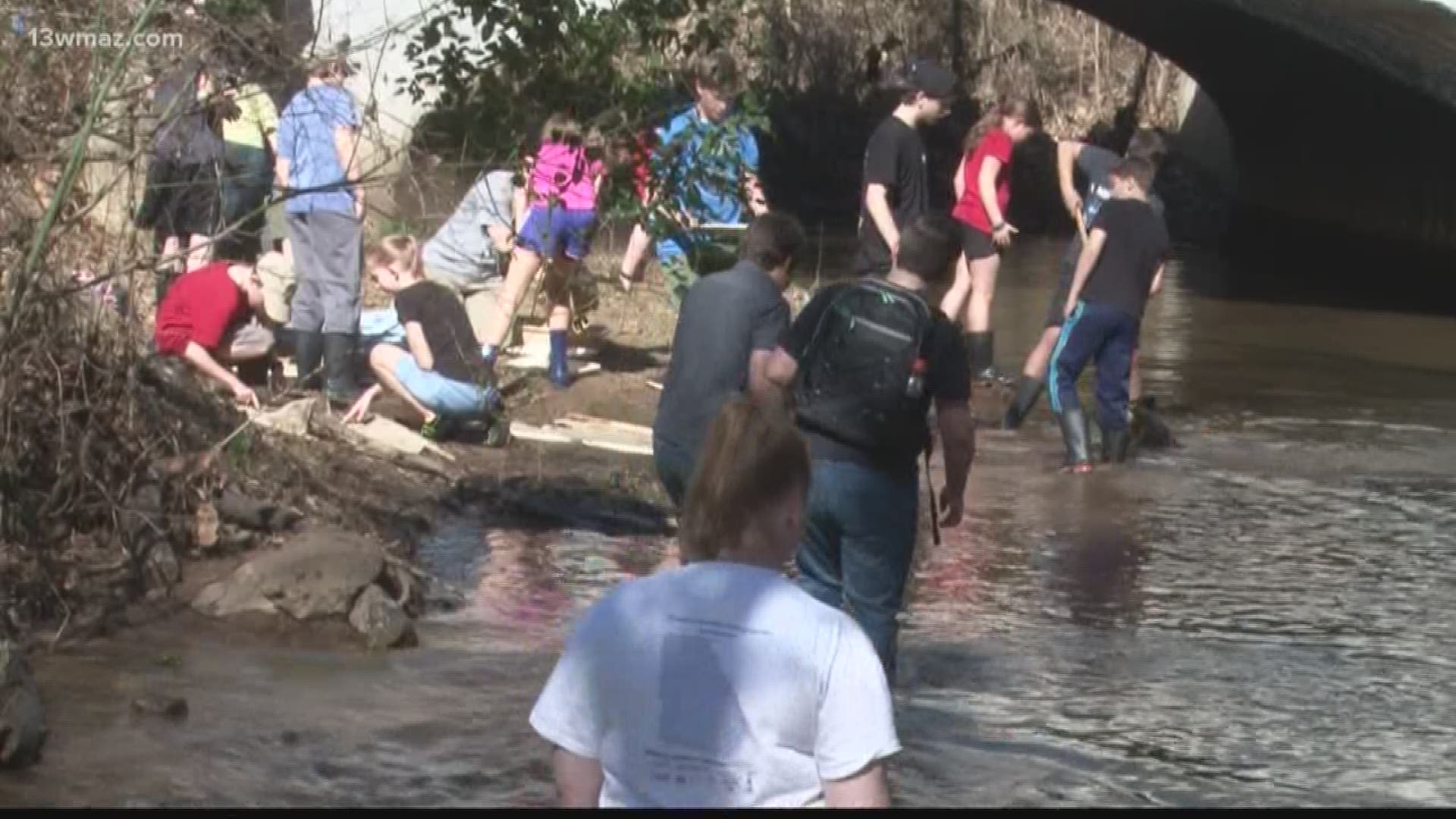 MILLEDGEVILLE, Ga. — It's no ordinary science class, but Georgia College Program Director Ruth Eilers says getting 19 homeschoolers to become one with nature is the best way to learn.

"They get to get really immersed in the science. Learning by doing is one of the best ways to learn, in my personal opinion," Eilers said.

Through the college's "Adopt-a-Stream" program, homeschoolers learn how to monitor streams by checking rocks, insects, and acid levels.

"We're seeing how much it's changing and how fast it's getting worse, 'cause we're trying to make it better and we're trying to get all the river systems here -- well, not all of them, 'cause we can't -- but as many of them, healthier," he said.

Once a week for two hours they go to either Champions Creek in Milledgeville or Tobler Creek at Andalusia Farm.

"They're doing dissolve oxygen, pH and macro-invertebrate water quality here, they're doing it there, and then at the end, we're going to pull together all of our data and see if there's a difference between the two streams," Eilers said.

Eilers says the program's been around for over 20 years. Georgia College students help instruct the kids. 6th grader Clara Ann Smith says it beats being stuck in the classroom.

"When you use hands-on learning, it makes it easier to learn stuff and actually see how to do it and learn how to do it," Smith said.

Eiler says once the homeschoolers finish the program in May, they'll become state certified to monitor both Champion and Tobler Creeks.