'I had fun': Houston County boy with terminal cancer receives his dream trip to play in snow 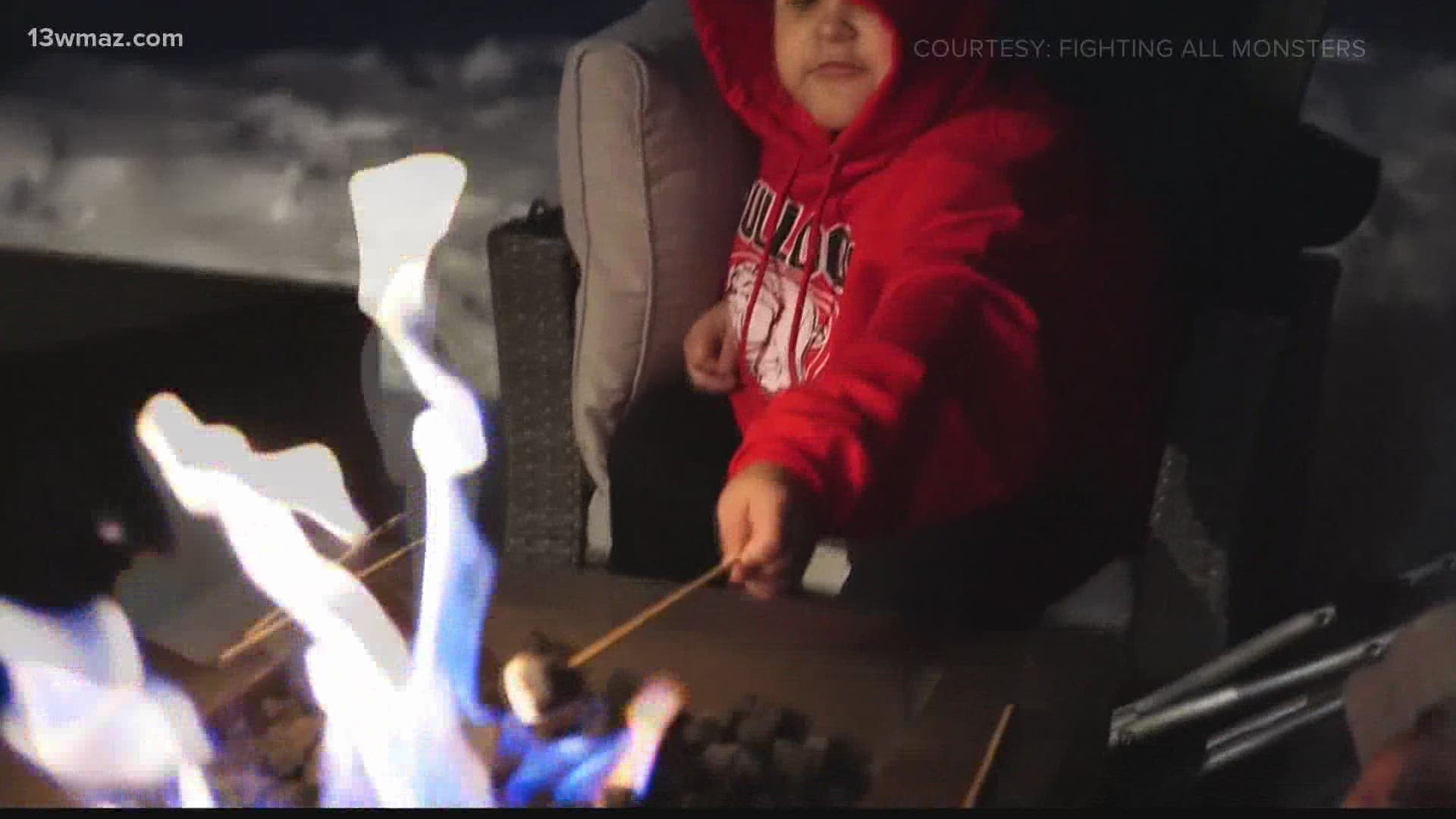 HOUSTON COUNTY, Ga. — An organization called Fighting All Monsters (FAM) and a group of Central Georgia moms came together to give a 10-year-old boy with terminal cancer one of his last wishes -- a trip to see some snow.

"I had fun playing in the snow," said Aiden Rozier.

Playing in snow is something that 10-year-old Aiden Rozier can now check off his bucket list.

He was diagnosed with a form of cancer in his right leg in Aug. 2019. He had treatment, but the cancer spread and doctors told his family it's terminal.

FAM and other moms with kids battling cancer raised money to send Aiden and his family to Denver for two days.

"Just having to go to the hospital all the time taking care of Aiden at home, it's just... it's just a lot," said his mother, Linda. "And then to have the opportunity to have a wonderful trip like this is just amazing -- and amazing people that made it happen."

She says she's grateful for those who made the trip possible, which includes Ashley Pike.

Pike's 6-year-old son, Kyler, goes to school with Aiden and both boys have cancer.

Pike says they raised more than $10,000 to give Aiden an enjoyable trip.

"For a 10-year old-child that has been told that they're terminal and they have months left to live; we want them to experience every possible happy moment that they can so that their family can engrave that into their memories and have that forever," said Pike.

This trip is not Aiden's only dream come true. Earlier this month, country music singer Jake Owen surprised Aiden with a FaceTime call and sang his favorite song.

"I just like when he sings with his deep voice," said Aiden.

"That was very sweet for Jake Owen to take time out to do that for him," said Linda.

Aiden says he also wants to hold a turtle, meet a football player, and ride a dirt bike. Linda says these experiences mean a lot to her.

"Just being able to have time to just to sit around and talk and just enjoy your time is something that we wouldn't do at home," she said.

FAM has set up a fundraiser for medical costs and for Aiden to make more memories with his family. If you want to donate, you can visit here.

MORE STRAIGHT FROM THE HEART

'Safe place to find themselves': Macon camp strives to get young men off the streets