Houston County Board of Education website hit with ransomware attack

The company that owns the site posted on Facebook they were the victims of an attack. This comes after multiple agencies in Georgia have been affected. 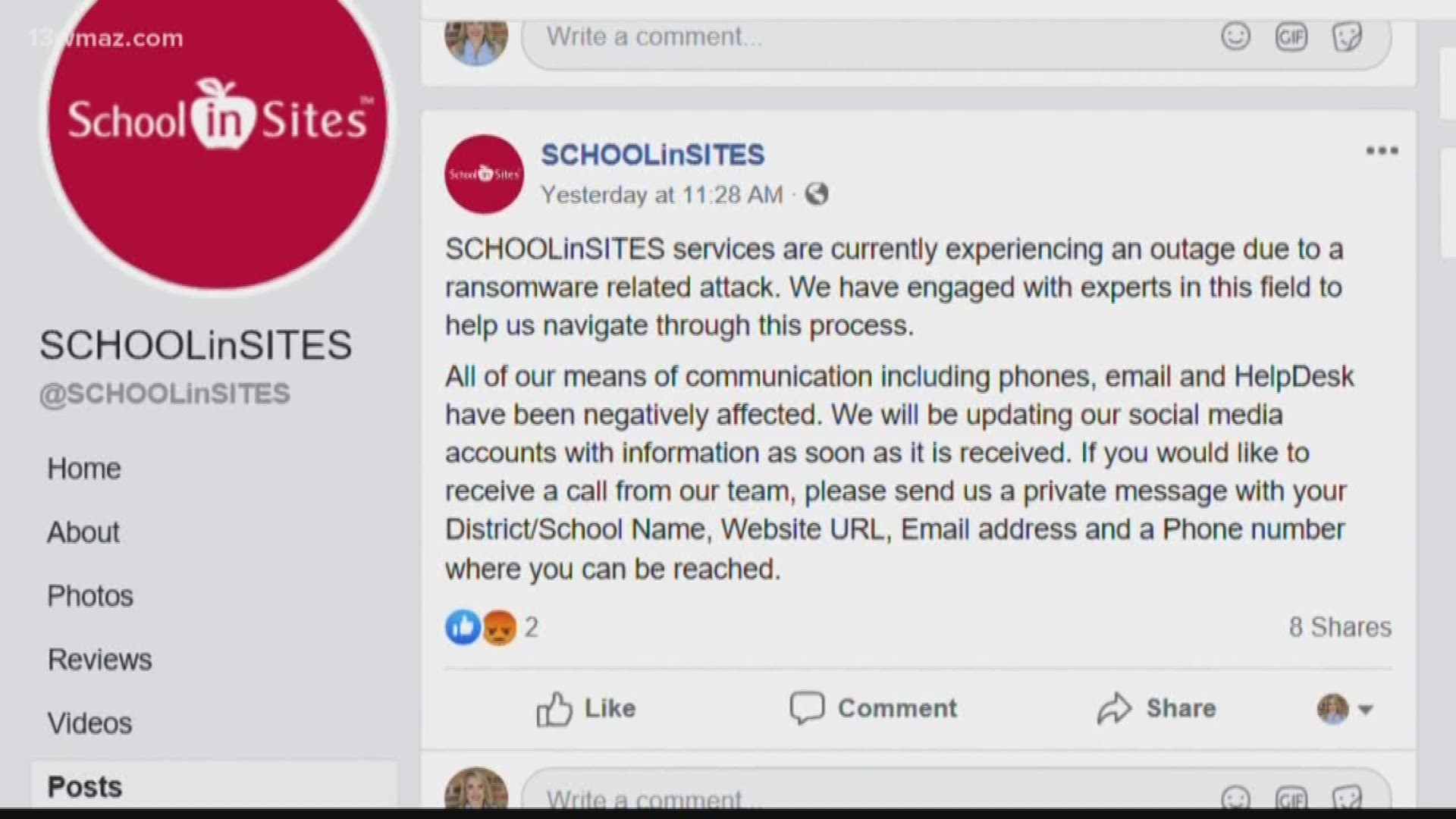 The site went down Monday, causing error messages for anyone looking for information.

This attack comes after multiple agencies in Georgia have been affected in recent months.

Wes Regan with Quality Computer Systems in Macon said an attack like this typically comes through an e-mail.

He said once the software gets on your computer, it locks down your files until you pay the ransom by bitcoin.

"We’ve had people in the past that we know of that have paid the ransom fee, and quite frankly, not everything comes back," he said.

Regan also said if you’re looking for an antivirus software to put on your computer to protect yourself or your company, make sure it has behavioral monitoring. That will stop malware from downloading even if you accidentally click on a virus.

Brenda King, the Director of Administration for the city of Perry, said they dealt with an attack three years ago.

They had a backup system in place, so they were able to recover the files without paying the ransom.

She said they’ve learned their lesson.

"We’ve educated our employees now to… if you get something, don’t open the attachment," she said. "If you don’t know the person that it’s coming from particularly, don’t open it."

They aren’t the only victims.

In January, the Macon Bibb-County government website was hacked by the Turkish Cyber Army.

Then, in July, the Georgia State Patrol was hit with ransomware which stunted their ability to quickly communicate with troopers in the field.

Atlanta also dealt with a major ransomware attack in March. The hack shut down the city of Atlanta's online systems for over a week.

"They try to get everybody and anybody, and it’s just… they’re finding more creative ways to do it," Regan said.

Regan said hospitals, governments and religious organizations are the main targets. All the hackers are looking for is quick cash, not necessarily personal information.

"Be aware of what you’re clicking on, kind of just carefully skim it. If you don’t trust it, if you don’t remember it, ignore it. Delete it immediately," he advised.