Houston County Board of Elections confirms only voters in Warner Robins, Perry have elections today

There are no county-wide positions or ballot issues on the ballot. 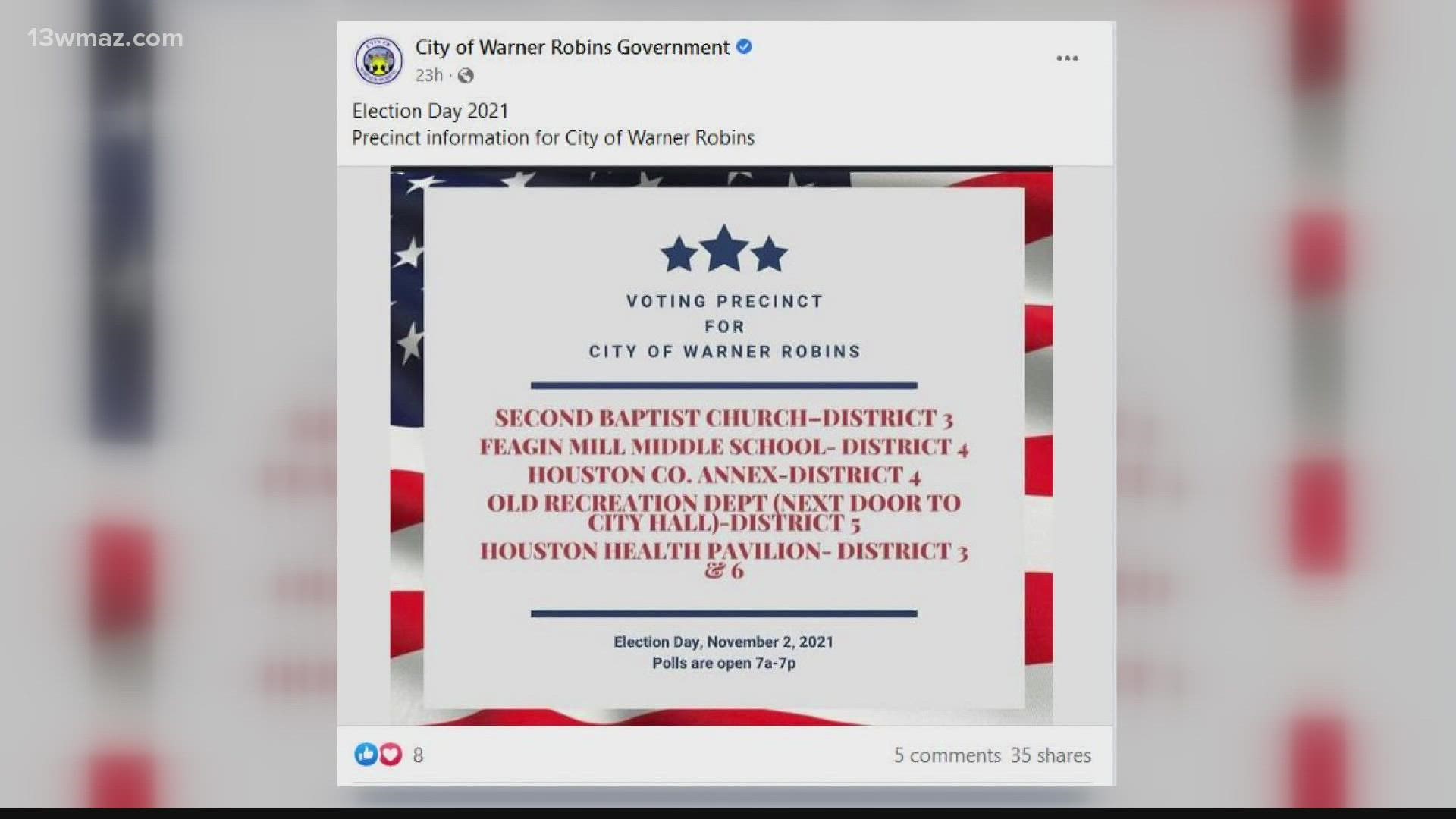 WARNER ROBINS, Ga. — A post on the city of Warner Robins Facebook page might clear up some election day confusion as voters get out and vote Tuesday.

It lists all five precinct locations for elections.

Posted by City of Warner Robins Government on Monday, November 1, 2021

All four of the races in Warner Robins are contested.

According to Andy Holland with the Houston County Board of Elections, only voters in Warner Robins and Perry have elections Tuesday.

There are no county-wide positions or ballot issues on the ballot, so the only Houston voting precincts open are those in Perry and Warner Robins.

What you need to know | 2021 Central Georgia Elections