The owner of My Grandma's Empanadas raised money for Lieu's on the Go after the restaurant's building was broken into and vandalized last month. 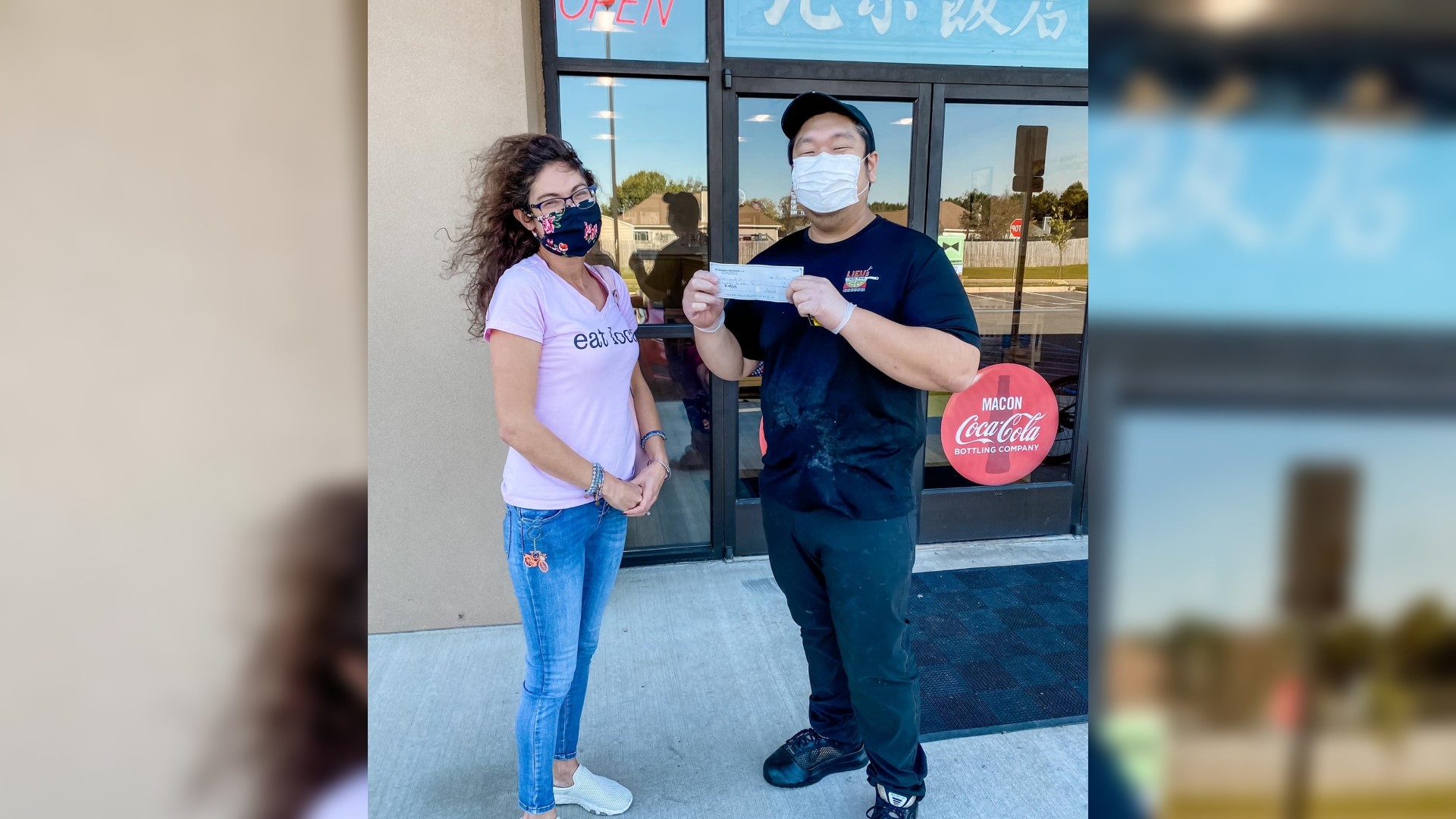 Lieu's on the Go is a Chinese restaurant that opened in Bonaire earlier this year.

RELATED: 'Your mom and pop Chinese restaurant': Lieu's on the Go opens in Bonaire

The fast-casual spot had to close for a day last month to clean up after someone broke into the restaurant, leaving broken glass everywhere and damaging the front door.

When Rikki Waite, owner and operator of My Grandma’s Empanadas in Warner Robins, heard the news, she says she knew she wanted to help.

“I felt for him and we have been in a similar situation, but we did not have to close our doors,” Waite said. “But if I would have, we would have lost the revenue that day and the wages for the employees and it would have been hard.”

Waite typically does not accept tips at her café on weekdays, but she decided to open the tip option for credit cards and put out a tip jar for a week.

When meeting Bob Su, owner of Lieu’s on the Go, for the first time earlier this week, she delivered a check totaling all the tips she collected.

“I introduced myself and told him that I’m a fellow café owner and that I just really wanted to help him and anything he may have lost that day,” she said. “I know it wasn’t much, but it was what we could give, so I hope it helped.”

My Grandma’s Empanadas ended up collecting over $400 for Lieu’s on the Go.

Bragg says she’s known Su for nearly 20 years, so she was happy to put the two business owners in touch.

“I had never met Bob before and I hadn’t been over to his spot,” Waite said.

Bragg says it’s all about connecting businesses with each other.

Waite says she’s proud of her customers for chipping in to help the community, and she thanks them for their support.

How shoppers can get free Thanksgiving dinners through Ibotta