Martin's BBQ closed in 2020, but Smoke South Craft BBQ and Catering is keeping the flavor of the Warner Robins classic alive. This time, it's on wheels. 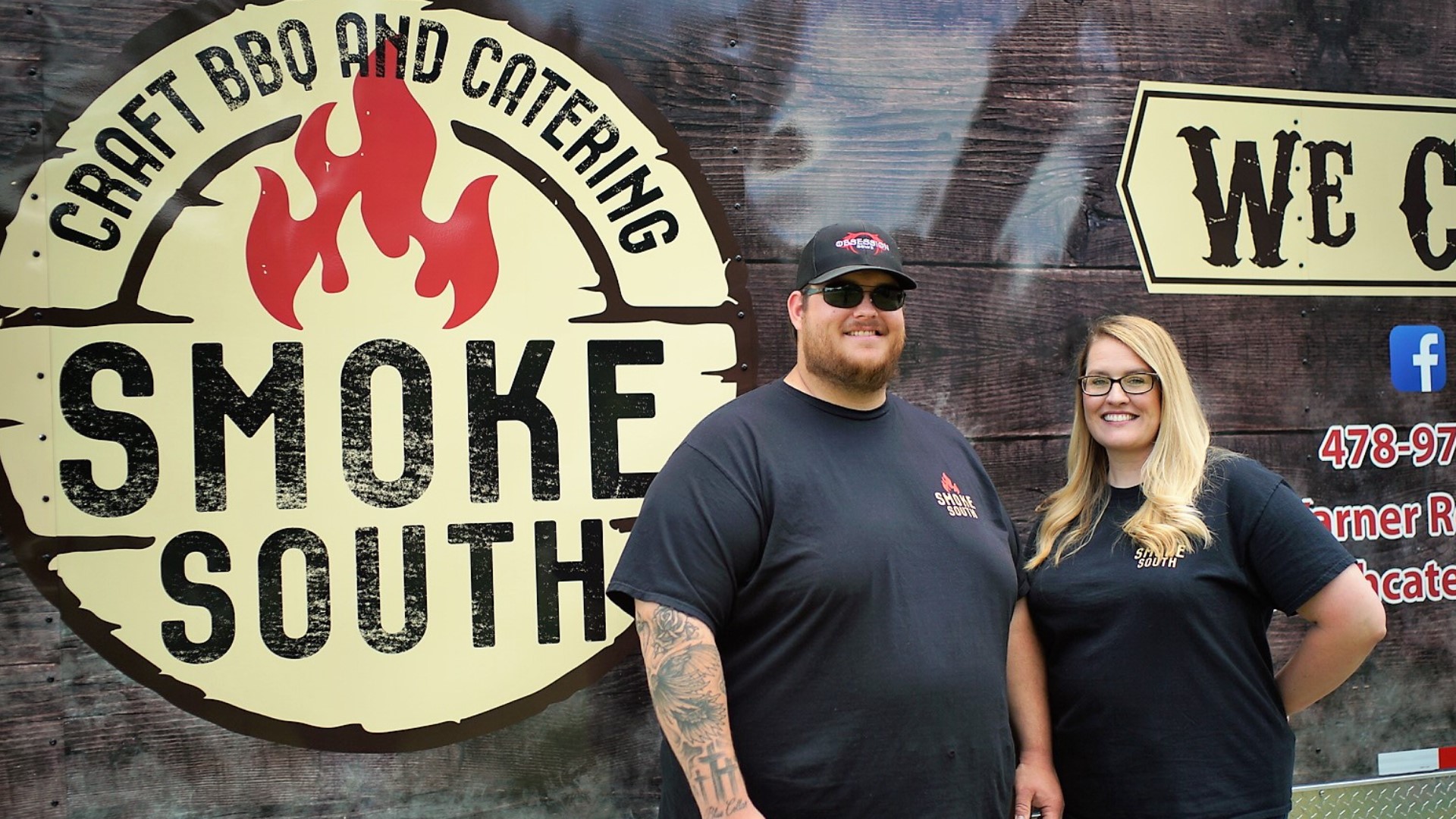 HOUSTON COUNTY, Ga. — A Houston County couple is bringing the flavors of Warner Robins classic back by taking it on the road with Smoke South Craft BBQ and Catering food truck. It's owned by Matthew and Jessica Martin.

“We just weren't quite ready to give up on barbecue, and that’s how Smoke South came to be,” Matthew said.

The COVID-19 pandemic took a toll on the Martins. Jessica says once Robins Air Force Base switched to teleworking, it started killing business.

“It was a little nerve-wracking for sure. We didn’t know what the future was going to hold for us,” she said.

They wanted to continue the tradition of Martin’s while developing a new and separate brand. The couple officially launched in March 2021.

“We actually started at the Martin’s BBQ building, that was our very first event,” Matthew said.

Matthew says they’ve expanded on the catering side, offering a traditional barbecue menu, in addition to smoked prime rib and smoked seafood.

As far as cooking goes, Matthew says he usually mans the meat and Jessica will take care of the sides. He says they’ve set up at plenty of retail spaces and neighborhoods in the International City since them, which is also where he says people can catch Smoke South in the future.

They’ll announce those locations on Facebook under the “events” tab.

Matthew and Jessica say there's been overwhelming support from Central Georgia since the start of Smoke South. The food truck quickly gained over 1,000 likes on its Facebook page.

“It feels great. I think that we have a really good following coming over from Martin’s BBQ as well as, honestly now we’re seeing a lot of new faces and that’s really exciting and we’ve just really been blessed with support.,” Matthew said.

The couple has been married for four years, but they were working together for over eight years at Martin’s BBQ before they started dating. Matthew says it’s been a journey taking over the family business.

“They’re big shoes to fill,” he said. “He’s done well for himself and it’s something that I’m going to have to grow into, but it’s exciting.”

Jessica has worked at Martin’s for nearly 12 years, starting as a drive-thru cashier at the Highway 96 location off Houston Lake Road. She says she’s happy to continue to take part in a barbecue family legacy.

“It feels like home. This is what I love to do,” Jessica said.

You can find the food truck’s menu, public event times, and more on the Smoke South Facebook page.