Police officers and deputies pounded the pavement looking to achieve something greater for someone else. 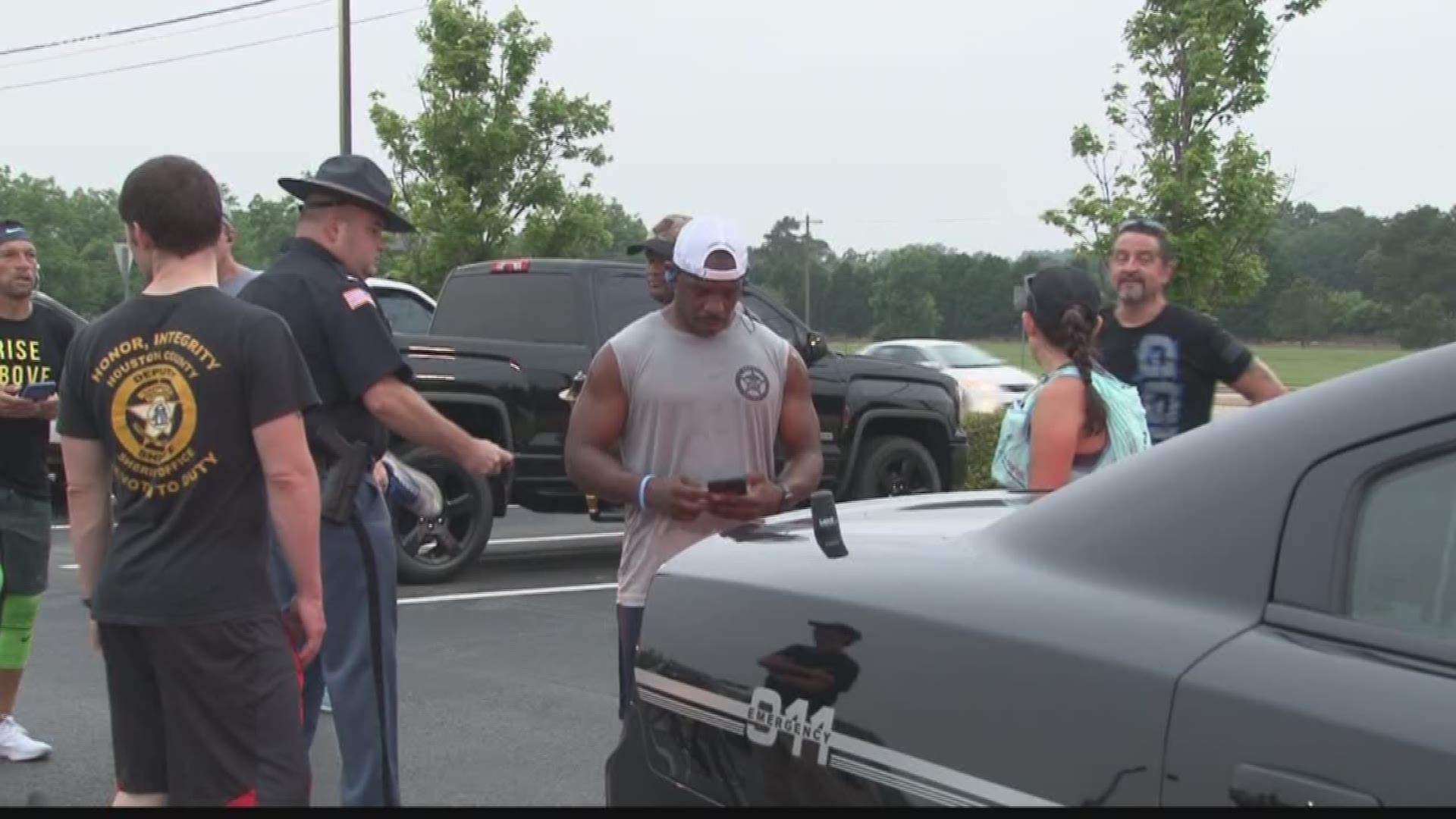 As National Police Week comes to an end, officers in Houston County laced up their shoes for an early morning run to raise awareness for the Special Olympics Friday.

In this race, it doesn't matter who wins first place, or how long it takes to reach the finish line. “Agencies throughout the state participate,” said Captain John Lanneau with the Warner Robins Police Department.

These police officers and deputies are pounding the pavement looking to achieve something greater for someone else. “It's a run for Special Olympics. It started many years ago and law enforcement picked this up as the torch to carry,” said Major Alan Everidge with the Houston County Sheriff’s Office.

It's an 18-mile trek raising money and awareness for athletes with special needs. Major Alan Everidge says it's an honor to serve this way. “It's such an encouragement to us and to myself, personally. You can't help but want to give back to them,” said Everidge. “It's about finding out what you can do to, as a member of the community, to help others,” said Lanneau.

Each participating officer donates their time and treasure to give other athletes a chance to run on. “I think that's what it means to be in law enforcement to support other and help people,” said Lanneau.

So far, there's no word yet on how much the group raised, but Jennifer Parson with Warner Robins Police says $500 raised by the Police Week Bass Tournament was also donated to the Special Olympics.