Over the Border gets its coffee beans from land in Huehuetenango, Guatemala that's been in the family for seven generations. Now, it's a Walmart supplier. 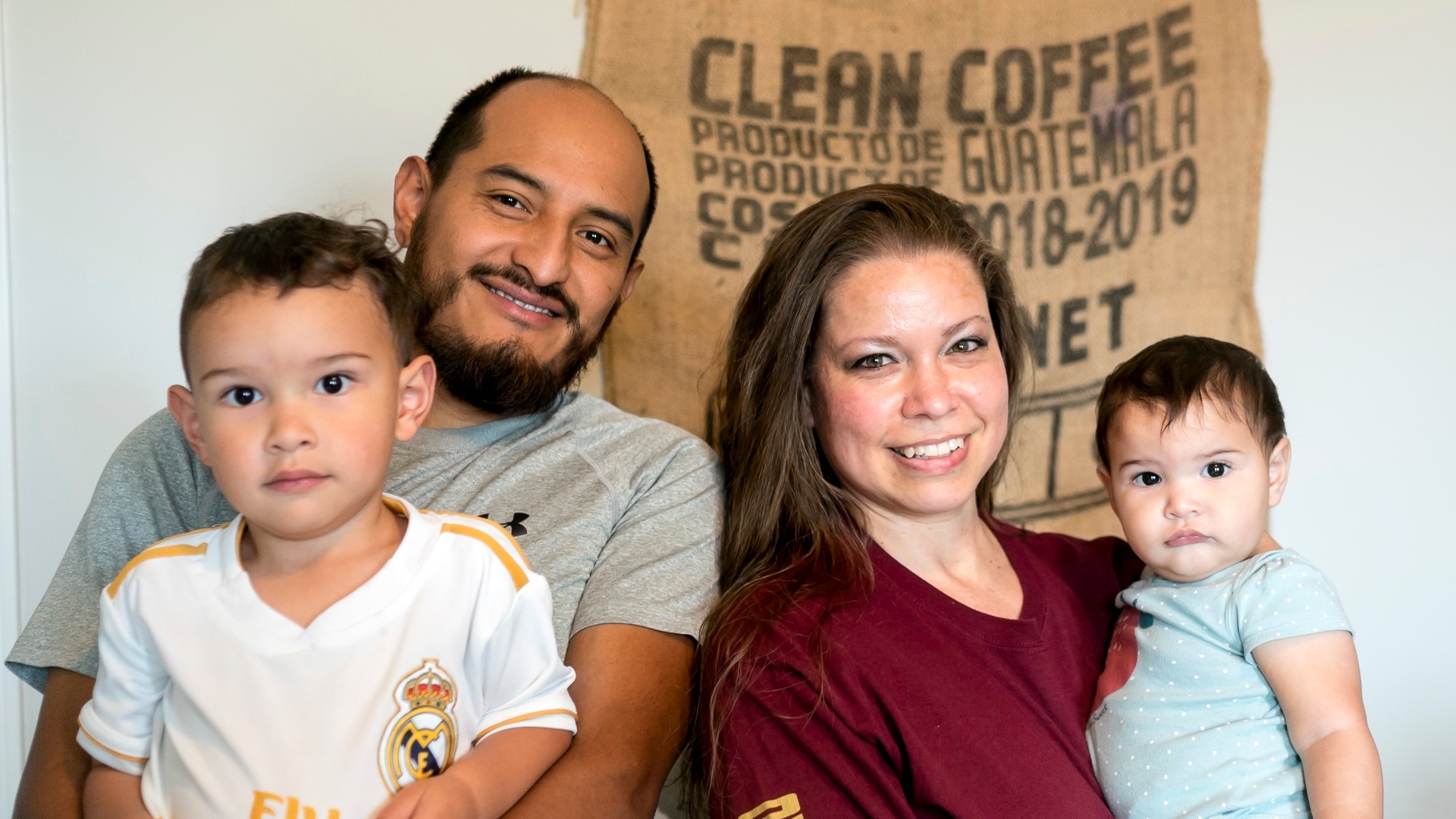 MACON, Ga. — A Houston County woman is bringing a taste of Central America to Central Georgia through your morning cup of joe.

Tabitha Samayoa is the founder and owner of Over the Border Coffee -- a coffee company that gets its coffee beans from land in Guatemala that's been in the family for over seven generations.

Tabitha’s husband, Loiber, was born on the family farm in Huehuetenango, Guatemala, according to the company’s website. They have over 200 acres of coffee land in the city, and the family farm has been harvesting coffee beans since the early 1900s.

“He just inherited it,” she said.

Tabitha says she was flipping houses for people in California when she started dating Loiber.

“And we got married. He had told me that he had some coffee land back in Huehuetenango, Guatemala,” she said.

He asked her if she could figure out how to import the coffee to the United States. At first, she told him, “no,” but when she was pregnant with their first child, she decided to challenge herself to figure it out.

“I self-taught myself to import the coffee because I couldn’t get anybody else to really help me at all,” she said.

In 2018, when Over the Border Coffee Company got started, Tabitha successfully imported 1,075 pounds of coffee.

Hear more about the life cycle of coffee below:

She says it wasn't until Dec. 2020 when business really started picking up while moving inventory. That’s when the company officially launched its online website and when Tabitha became involved with Robins Chamber of Commerce.

“It’s a different magnitude of any business I’ve ever ran,” Tabitha said.

Business has picked up fast for Over the Border. Within the last two weeks, the company has become a Walmart supplier. In Feb. 2021, Tabitha successfully imported 10,000 pounds of coffee from her family's land.

The medium and dark roast coffee are Over the Border’s top sellers, but she says people like to mix the roasts too.

Tabitha runs this business all while raising her 2-year-old son and 9-month-old daughter.

She says large coffee corporations purchase coffee beans from her family's land in Guatemala too. Over the Border's coffee is different because the coffee beans aren't mixed and all of the coffee comes from one land, so it has a more of a pure taste. Tabitha says it feels amazing to literally bring a taste of Guatemala to Central Georgia.

“I tried it and I never went back to anything else. It’s such an amazing taste, it’s very soothing,” she said.

People can find Over the Border Coffee on Facebook or on their website, where you can purchase their coffee and company merchandise.

Over the Border is currently in search of a commission based sales manager. Tabitha says people can apply by sending a resume to gotbcoffee@gmail.com.

Hear about how the coffee is prepared for shipping below:

'Flavors will take you away': New Latin American-inspired restaurant opens on College St in Macon