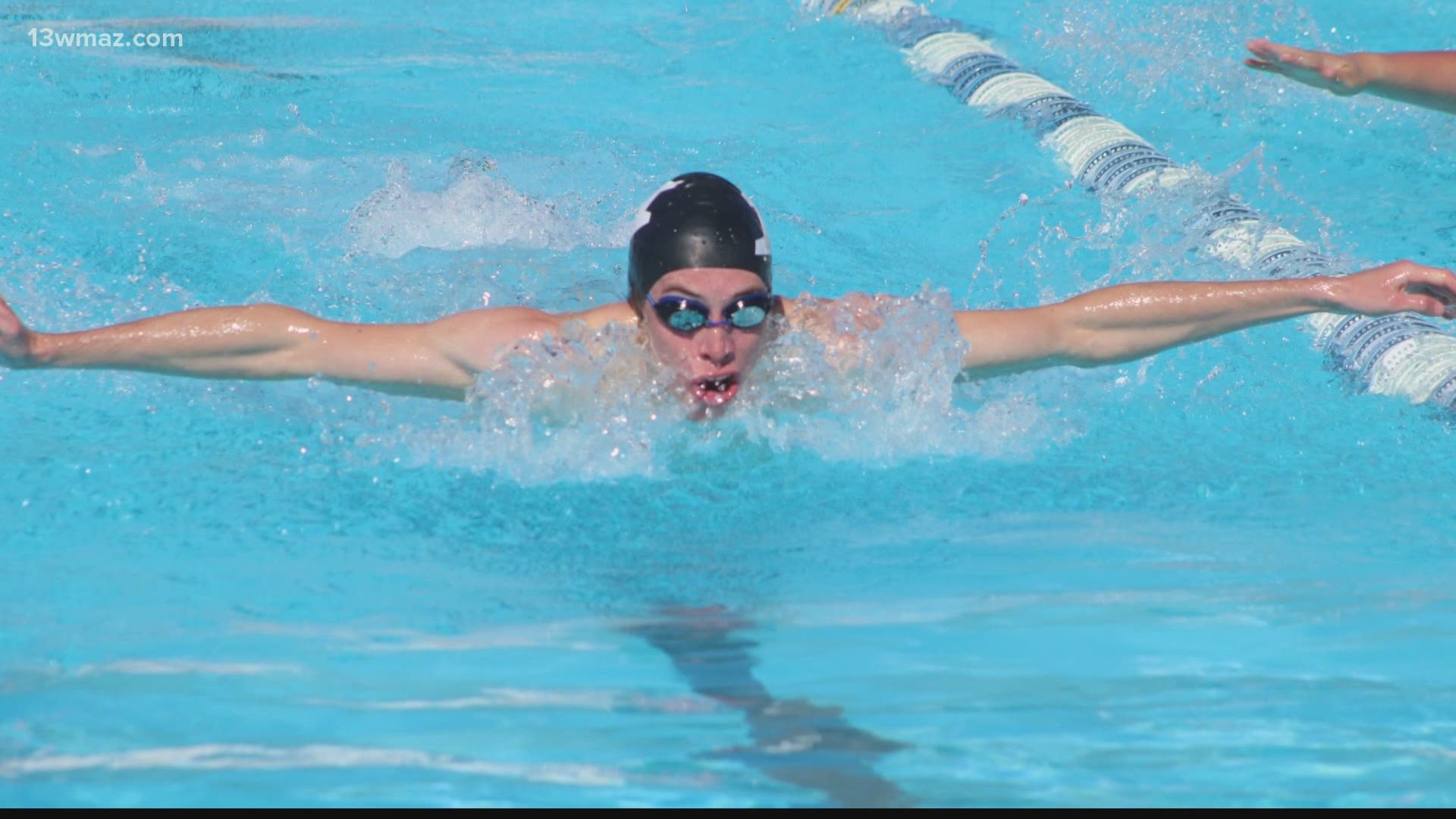 HOUSTON COUNTY, Ga. — William Rankine is a Houston County High School sophomore. He says he started swimming when he was 8 years old -- he has a passion for the sport.

"My mom taught me to swim when I was really young because she wanted us to be safe around the water, and so I just always had a love for the water," said Rankine.

William, 16, says he's been visually-impaired since birth. He has swam with the Warner Robins Aquanauts for eight years.

William recently beat a U.S. record for Paralympics Swimming. He competed in Lewisville, Texas and beat the national Paralympics record for men's 100 meter breaststroke in his level --  he did it in 1 minute and 19 seconds.

"I was kind of surprised, but I didn't realize that I was even close to when I was there. I was just thinking about swimming as fast as I could," he said.

He says he'll be heading to Minneapolis in June for Paralympic trials. He hopes to compete in the Paralympics in Tokyo, which starts in August.

"It's just really nice being around other people with disabilities -- it's really cool to be able to see different disabilities and how you're still able to compete, and have fun," he said.

He says he encourages others to not let their disability stop them from reaching their goals.

Rankine says he wants to thank his parents and head swim coach for being his support system.

He hopes to attend the University of Georgia because of the opportunities it offers to students with disabilities, and he wants to join the club swim team.