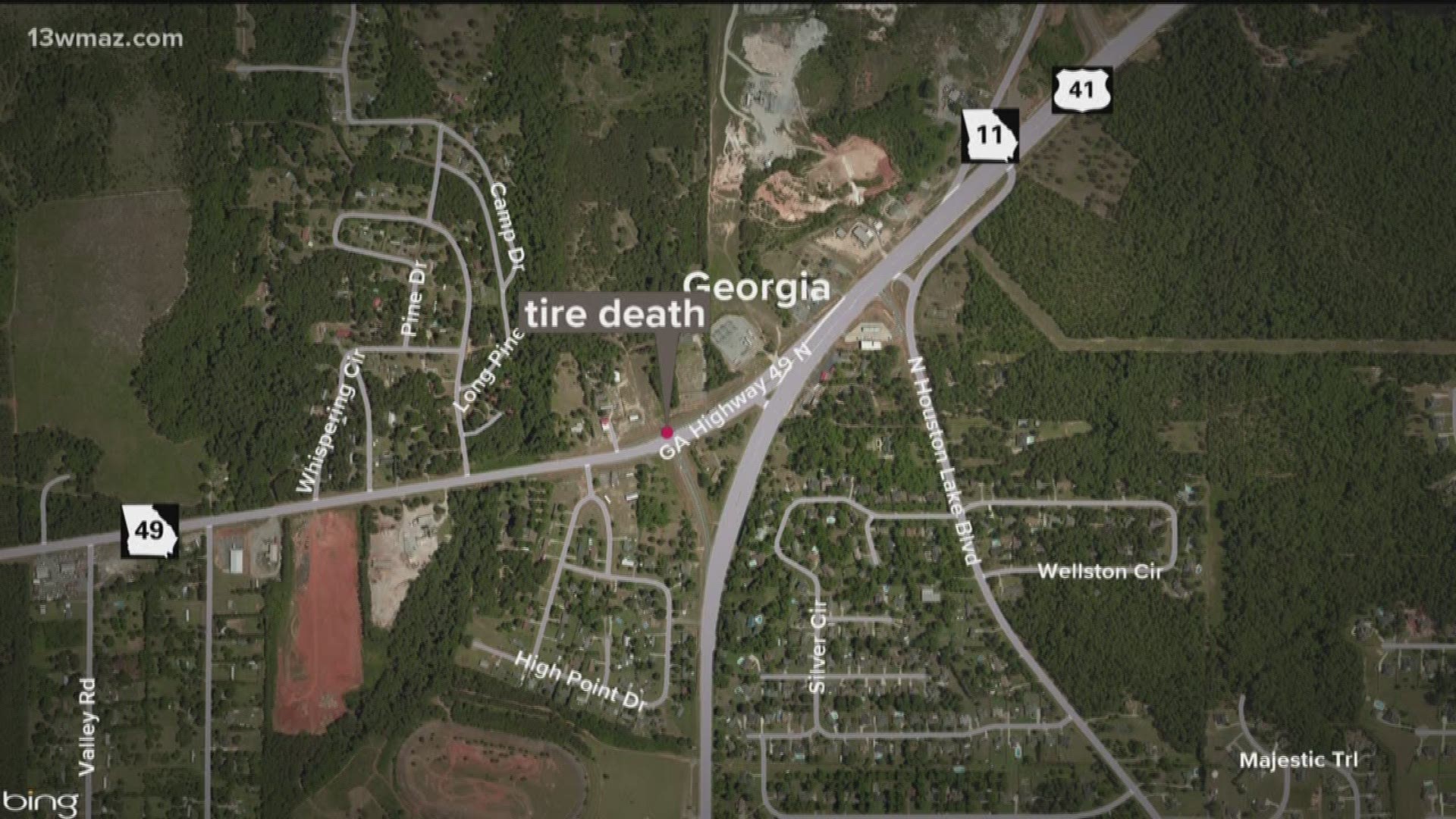 HOUSTON COUNTY, Ga. — A woman in her 20s is dead after she was hit by a truck tire while walking her dog Sunday night, according to Houston County deputies.

Lieutenant Kent Bankston with the Houston County Sheriff’s Office said they received a call about an unresponsive person around 10 or 11 p.m. at a trailer park near Georgia State Route 49 and Highway 11.

He said when deputies got to the scene, the woman, identified as Kimberly Touchton, was taken to the emergency room at Houston Medical Center.

It was reported that she left to walk her dog around 9 or 10 p.m. that night and did not return home, according to Bankston.

The dog returned to the home alone, and that’s when Touchton's fiance went out to look for her.

Bankston said she was found about 15-20 yards from the road face down.

Investigators located the pickup truck further down the road, closer to the Bibb County line. He said the truck was missing its front right tire.

Investigators were able to determine that the tire came off while the driver was traveling and hit Touchton in the back of the head.

Bankston said they ran the plates on the truck and were able to locate the driver, identified as Brian Seth Carmichael, age 27.

He said Carmichael was charged just after 5 p.m. Monday with failure to report an accident causing injury or death. His bond was set at $2,600.

The investigation is ongoing.

VERIFY: Are all truck tires inspected at weigh stations?