Prosecutors said she told investigators she drowned the boy because he wouldn’t stop crying. 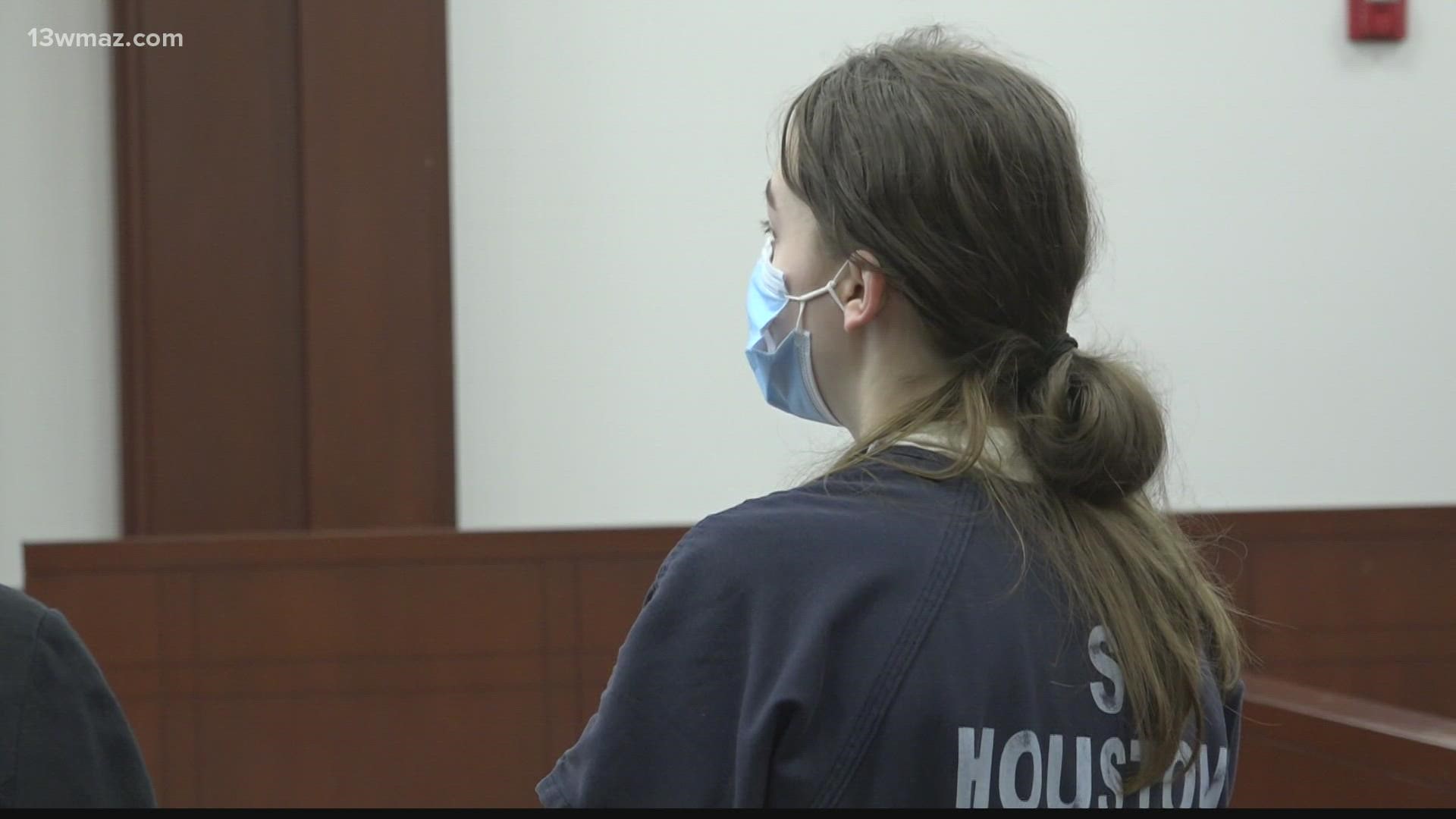 WARNER ROBINS, Ga. — Back in Jan. 2018, Madison Lee Stewart was 19-years-old and had an infant son. On Thursday, she was sentenced for his death.

Stewart, now 22, and her counsel opted to plead guilty to felony murder.

Prosecutor Greg Winters started the hearing by describing details of the incident report from Jan. 26, 2018.

"She stopped, she then said she was stressed out because he wouldn't stop crying and 'my mind went elsewhere.' Officer at that point asked her what she meant by that, at which point she said she had drowned him,” said Winters.

16-month-old Hunter was found on the ground unresponsive. He was fully clothed, but drenched in water.

Stewart was arrested and charged with his murder, but public defender Carolyn Moses says since then, multiple doctors have weighed in on whether she was competent to stand trial.

"They also reviewed her educational records. The doctors found that Ms. Stewart had an IQ of 57 in the year 2015 at Rutland High School. She's been diagnosed with mild intellectual disability and her education was adjusted accordingly,” said Moses.

Both the state and defense pushed for a life sentence with the possibility of parole.

To convince the judge, the defense called two witnesses to the stand, both were former teachers of Stewart.

"Madison's IQ was coupled with very poor adaptive behavior skills, such as those required to function and meeting environmental demands, including taking care of herself and interacting with others,” said Sylvia Ray.

Her colleague, Pamela White, followed up with, "Madison will slowly grow in her abilities through the years. She's a bright and capable young woman who wants to learn and wants to grow. Hopefully the medication she's on will help with her depression and anger."

There were no other family members or loved ones of Stewart in the courtroom.

By the time she's eligible for parole, she'll be 52-years-old.