Just Curious: How did Macon's Cotton Avenue get its name?

One of Macon’s historic streets, Cotton Avenue, links all the way back to slavery 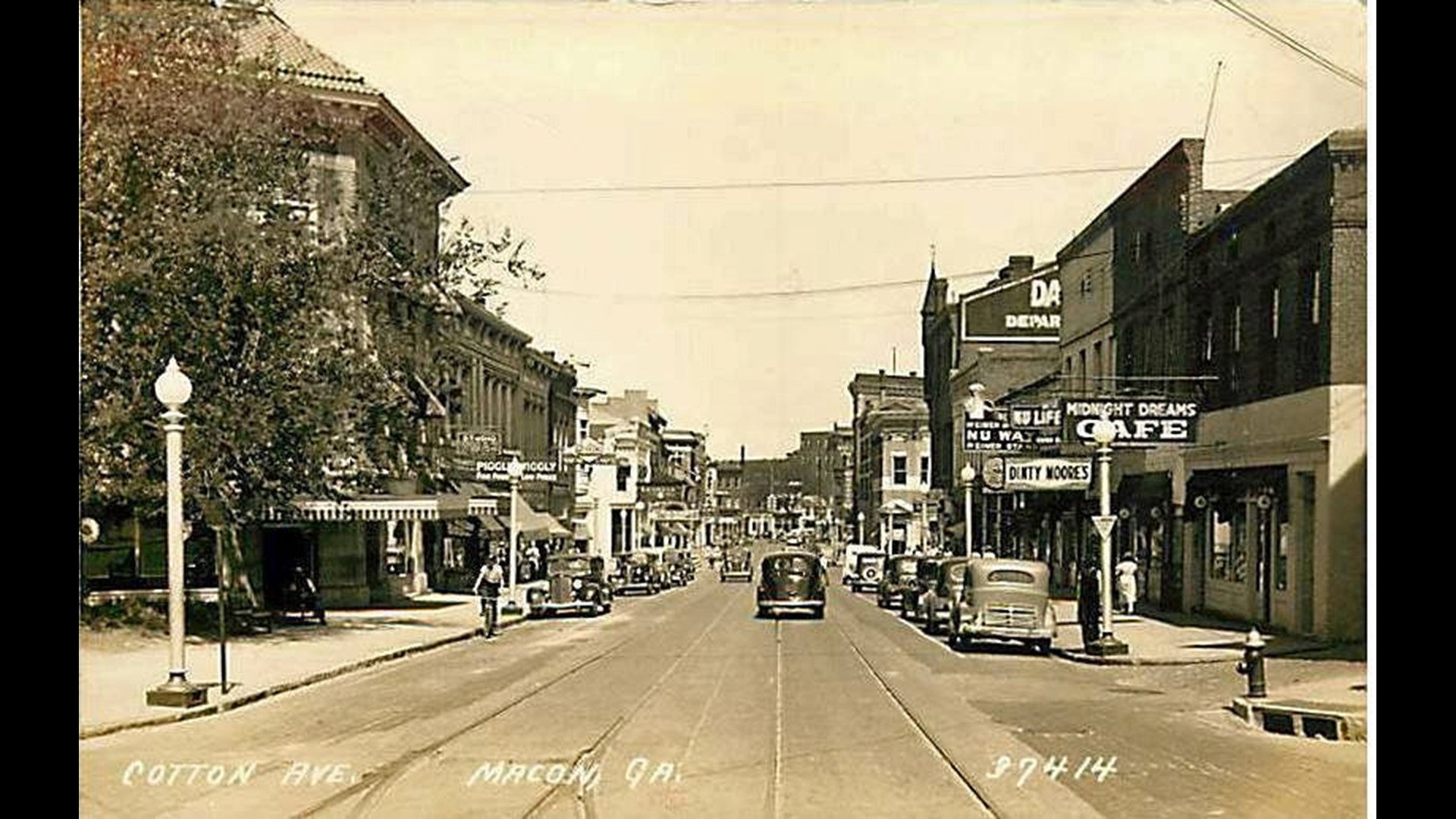 MACON, Ga. — This report has been contributed by Tyler Jones, a student from Mercer University’s Center for Collaborative Journalism.

Macon’s downtown district is known for being full of rich history, from its centuries-old buildings to its historic streets.

One of Macon’s historic streets links all the way back to slavery: Cotton Avenue.

According to Cotton Avenue Coalition member George Fadil Muhammad, Cotton Avenue’s name originates from the slave trade back in the 1800s.

He says slaves from neighboring plantations were forced to push wagons loaded full of cotton bales to the Ocmulgee River to be exported throughout the United States.

Within the 20th century, the avenue became known for being a hub for successful Black businesses, which Muhammad and other members of the Cotton Avenue Coalition are attempting to preserve as downtown Macon undergoes rapid growth.

According to Muhammad, the preservation of not only Cotton Avenue, but Macon’s other historically Black buildings and artifacts are essential to preserving the city's Black culture and history.

RELATED: Just Curious: What do the Federated Garden Clubs in Macon do?

RELATED: Just Curious: What is the history of Smiley's Flea Market?