Hundreds wake up early for President Trump's rally in Macon

While people came for the rally, security remained tight to keep everyone safe. 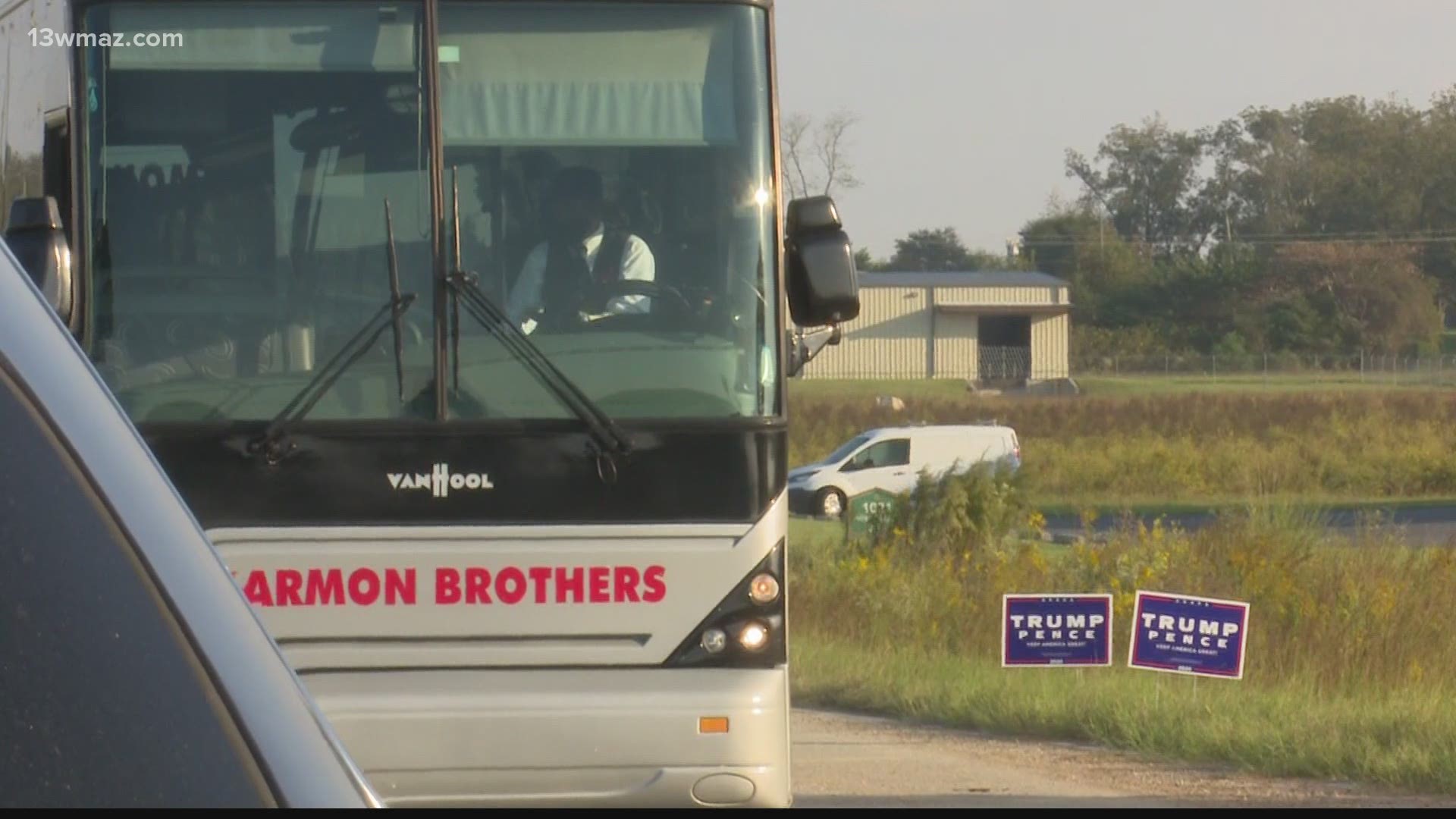 MACON, Ga. — Supporters of President Donald Trump woke up early Friday morning to get a spot at his rally scheduled in Macon Friday night as part of his "Make America Great Again" tour.

People across the state got up before the sun, all for the chance to see President Donald Trump speak.

When asked why he wanted to make sure he was at the rally, supporter Ben Daniel answered, "Because I friggin' love the man."

"God has chosen him for such a time like this," Terry Casales said.

Supporters made their way down Grace Road parking in a grassy area designated for cars. Vendors also lined the streets greeting supporters with T-shirts, flags, and more Trump-themed items.

"I just want to be with likeminded people," Williams said

"Whatever has been said about him is not true -- he actually wants to help a lot of different people from different nations," Daniela Barroso said.

Throughout the day the Bibb County sheriff's deputies were visible. Cruisers could be seen patrolling and parked around Middle Georgia Regional Airport. The Warner Robins Police Department was also on hand to help.

Most people did not have face masks on in the parking lot, but had them ready for once they got to the rally. Nonetheless, organizers made sure everybody lined up to get on the shuttle efficiently.

"I just realized this might be the last rally to get to -- he is never running again," Daniel said.