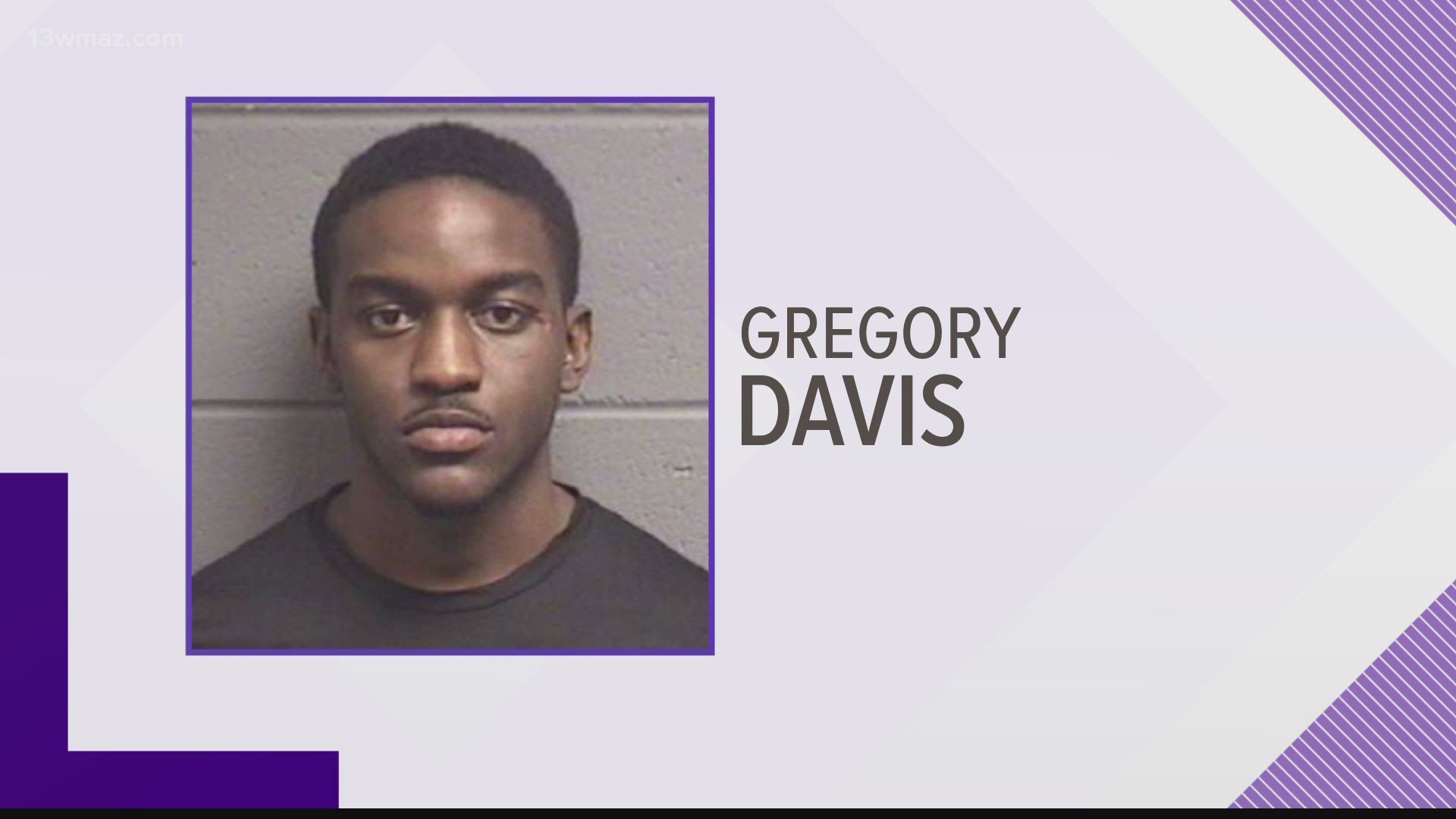 WARNER ROBINS, Ga. — Gregory Davis, 20, is charged with aggravated assault and murder in the shooting death of 19-year-old Deandre Pitts. Davis was arrested at an Eatonton home on Tuesday.

Deandre's family and friends say they just don't understand why this happened. The two boys went to high school together and even played on the same basketball team.

Deandre's family gathered Tuesday in Bleckley County where he's from.

They're preparing for funeral arrangements and organizing a T-shirt fundraiser in his honor.

"We're never going to get full closure, but it's good to know some of the truth is coming out," said Larry.

Deandre's 16-year-old sister Shami says it hurts knowing that the shooter was someone her brother called a friend.

"I just feel like it's confusing. What did my brother ever do for somebody to like ever hurt him, like, to take his life?" she said.

According to Warner Robins Police, the shooting happened Friday night at a home on Hartley Avenue.

Originally, the three boys inside said they were playing video games when two men in masks came in and started shooting.

Deandre was shot and later died at a Macon hospital.

Police said a second person was hurt, not from a gunshot, but refused medical attention.

That injured person was Gregory Davis, who is the murder suspect.

"Through investigation and the interviewing of witnesses and receiving information, calls, we were able to determine that the story that was given to us was not the truth, and we were able to disprove what was said," said Lieutenant Mark Wright.

Deandre's mom, Kengela Pitts Rozar, says he had dreams of going to college and playing football.

"He still was determined to do something major with his life. The kids around here, if you could see -- the kids loved him so much," said Rozar.

Wright says they can't release the name of the third person who was in the house, but they are still investigating to decide if there should be more charges.

The family is starting a foundation in honor of Deandre to help combat youth gun violence. If you would like to donate to the family, you can do so here.

Anyone with additional information should contact Detective Chad Pierce at (478) 302-5393 or Macon Regional Crimestoppers at 1-877-68CRIME.