The county bought the school building in 2009 and the next door church in 2013. 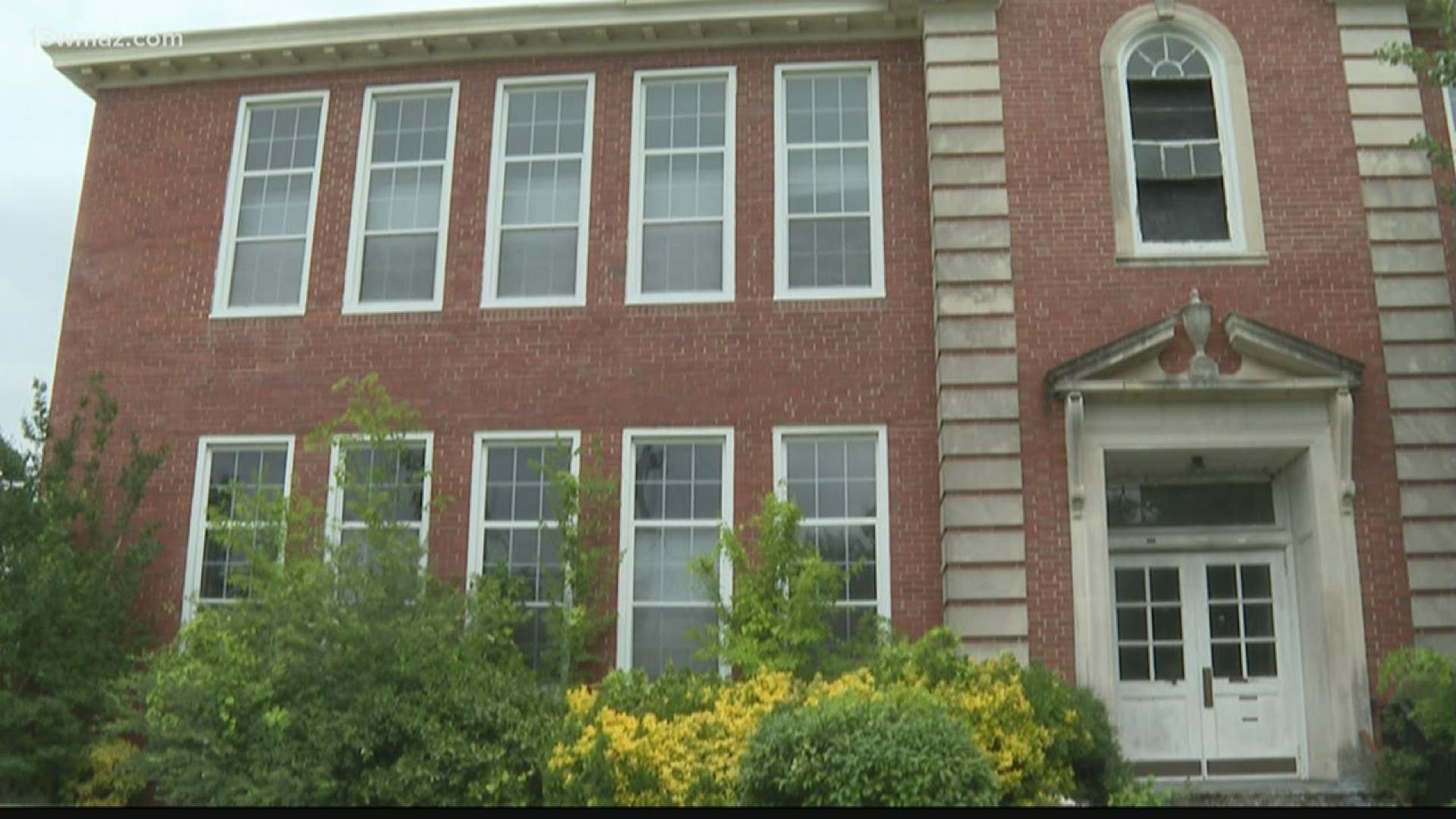 MACON, Ga. — The old Virgil Powers School on Hawthorne Street is set to be repurposed as affordable housing units, primarily for senior citizens.

Macon-Bibb County bought the property in 2009 while it sat vacant.

On Tuesday night, the Macon-Bibb County commission approved a loan to help develop the building for multi-family housing. They also approved $426,000 in federal Home Grant Funds once developers are approved to receive housing tax credits.

"I see potential. I see hope. I see a neighborhood in the community that we have not taken good care of," said George Crawley, who attends church a block over from the Virgil Powers School and Fulton Baptist Church.

Woda Cooper Companies is looking to turn the school and surrounding buildings into 48 affordable multi-family apartments that can be rented.

The developers say they'll move forward with the plan if they receive low-income housing tax credit. This is essentially the government subsidizing the development and allowing affordable rent long term.

For this to work, Mayor Robert Reichert says at least 80 percent of the units have to have at least one person that is 55 or older.

"The other 20 percent can be for younger people and families," Reichert said.

Alex Morrison with the Urban Development Authority says this will fill two of the counties needs -- more residential housing in the urban core market and more senior housing.

"So dovetailing those interests together, it allows us to have affordable housing, in our downtown core that's for senior persons," Morrison said.

Originally, the plan was somewhat controversial in the commission because developers initially wanted to turn Fulton Baptist Church, a building which the county also owns, into 4 affordable housing units. However, that church still has a congregation.

Once Woda Cooper Companies heard commissioners' concerns, they stated they would not use the church as part of the residential development, according to a letter to Mayor Reichert.

Instead, they're putting in $50,000 to renovate the outside of the church and give it a new roof. Morrison says with this, the church can still use the building.

Reichert says this proposed plan will benefit the church, the county and the developers.

Now, the next step is for Woda Cooper Companies to apply for the low-income housing tax credit before they move forward with plans.

RELATED: New affordable housing complex could be coming to Centerville