This week on 13WMAZ Morning, we are sending out a ‘Salute to Service’ for all our military and veterans.

Reporter Suzanne Lawler has the story of one man who is working to put his life back together after combat.

Randy Wynn didn't go the usual route when it came to joining the military.

And three years after he joined, he wound up in the Second Battle Fallujah in November 2004.

"I took a little grenade shrapnel and that's about all I'd like to say about that," he admitted. 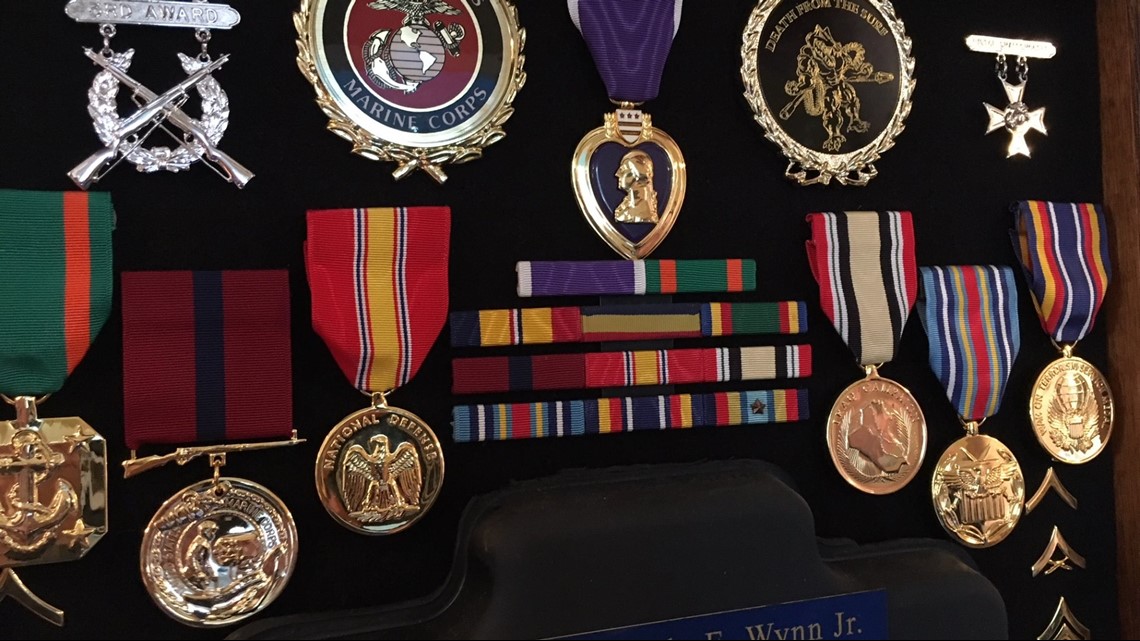 There is a lot of emotion there. Randy is a tough Marine and he never thought the injury was a big deal, and that's where the conflicting emotions come in.

Ultimately they let him stay, and he earned a Purple Heart. It's given to anyone wounded or killed while serving in combat.

PREVIOUS STORY: Here is why we commemorate Armistice Day

"At first I was apprehensive. I got [my] Purple Heart, but it has really opened doors for me," Wynn said.

He is an employee of Robins AFB and he says the honor helped him earn a living once he took off the uniform. He wears the Purple Heart proudly on his arm.

"It was the way I got on at Robins Air Force Base," he explained. "I don't have any college, so it's really hard for personnel to get on without college. And being an older person coming out of the military short term and not retiring, it took me a little while, but the Purple Heart opened all the doors to get me on to Robins AFB. I thank God for it."

Randy works as an equipment specialist and was offered a special 15-week course in air conditioning to advance in his career. Melissa Wynn is Randy's wife.

"I think it's cool he's doing it. He comes home every day with new knowledge and he's always telling me don't run the fans because it's pointless to run the fans when you're not in the rooms," she said.

"It's been a long road. I've been sick for awhile, but was only diagnosed with lupus a year ago," she said.

"I couldn't do anything to help her and that hurts. That hurts a lot. My wife's wonderful; she's one of the best people in the my life, I thank God for her," Randy said.

But he can do something. Randy never misses a class.

It's an accelerated course, so he's had to miss some of Melissa's doctors appointments, but he knows he's earned opportunities and chances he can't let pass by.

RELATED: LIST | Here's how you can celebrate Veterans Day in Central Georgia

"Randy was in the front lines of battle and he put his time in and earned everything he got over there. Every medal, every pat on the back, every thank you for your service, every handshake, solute and Purple Heart," Melissa said.