'I wish it was longer:' Bibb County School Board members react to Dallemand's prison sentence

"What we have here is someone who is exposed to be a fake, someone who promised all these things and what he was interested in was making money for himself." 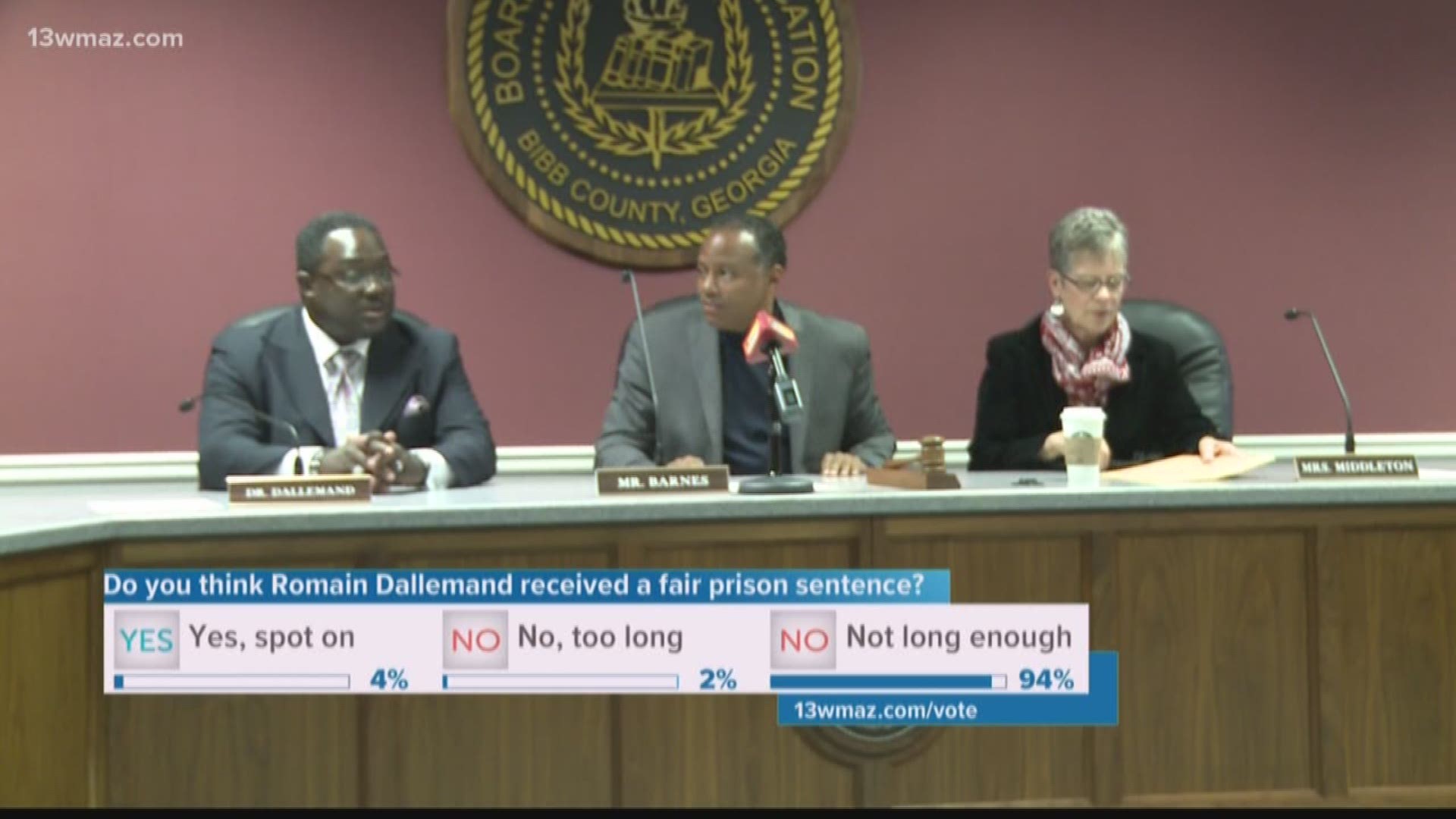 Daryl Morton became a Bibb County school board member after Dallemand's tenure because he wanted to help rebuild the community's trust in the school system.

"You had a superintendent who had a compensation package worth about $300,000, who took bribes. Let's be real -- the victims here are children who come from some of the most poverty-stricken areas in the nation," Morton said.

"What we have here is someone who is exposed to be a fake, someone who promised all these things, and what he was interested in was making money for himself," Morton said.

Former board member Tom Hudson was one of the five votes in support of hiring Dallemand and he says, at the time, he felt it was the right decision.

"We had a national search firm to bid people for the Superintendent of Bibb County, and out of all the people, he was the one that was best-qualified and  had the best plan," Hudson said.

Hudson says knowing what he knows now, it's common sense he would've changed his decision long ago, but he stood behind the information that he had at the time.

"I learned a long time ago you can never over- or underestimate anyone. There were no red flags that I saw. If any of the other board members had seen any red flags, we would've taken appropriate action," Hudson said.

School board President Lester Miller says there were many signs.

"Certainly, I wish it was longer," Morton said.

"We're through with Dr. Dallemand and I hope we never make that mistake again," Miller said.

Ella Carter was also one of the five votes along with Hudson, but she declined to comment.