'I would have taken my life when I got back home:' Army veteran credits Dublin VA with saving his life 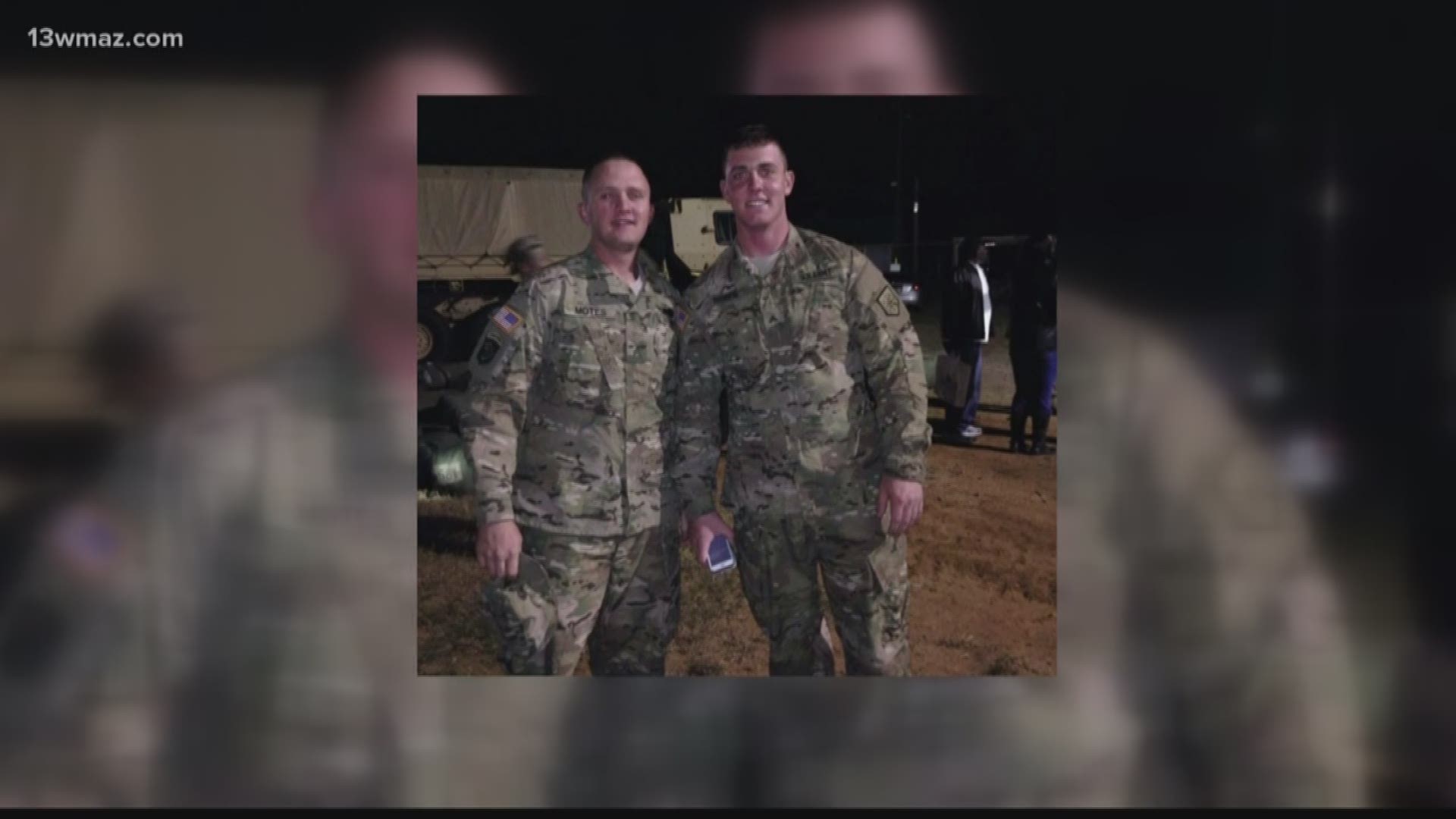 DUBLIN, Ga. — The Carl Vinson VA Medical Center in Dublin is praising their staff members after they stopped an Army veteran from killing himself.

Ashton Ridings says he made up his mind to kill himself because of the Post Traumatic Stress Disorder he was dealing with, but he says a higher power led him to the medical center and ultimately saved his life.

MORE: National PTSD Awareness Day: How to get help

"I would have taken my life when I got back home,"  Ridings said.

Ridings says his time in Afghanistan always sticks with him.

"I started questioning everything I ever believed," Ridings said.

"The culture, the people, the suffering, the dead," Ridings said.

By 2014, Ridings says he suffered a traumatic brain injury, so he was sent back to the United States.

"I started having a massive amount of seizures, and I was admitted to the hospital, and I was having between 15 to 25 seizures a day," Ridings said.

Ridings says he had fluid drained from his brain, but once he got better life threw him another curve ball.

"I lost my sister last year -- January 31st -- due to a hit and run. She was my best friend. I lost my daughter September 21st of last year," Ridings said.

Ridings says he would stay in bed all day until he called the crisis line.

"I called the Dublin VA, and she talked to me for an hour and 25 minutes," Ridings said.

RELATED: 'You are not invisible:' Organization aims to help vets struggling with their mental health

After the phone call, Ridings drove two hours from Augusta to Dublin.

"That is when I met nurse practitioner Kristin Horton," Ridings said.

Horton says she tried to build trust with him.

"I squatted down so we can be face-to-face, and we had a conversation, and I tried to build his trust with me and ask him why he was here, ask him what I could do for him," Horton said.

"Each one of those officers would come into that room and sit on the bed beside me, and just beg me to get this help, and just follow Mrs. Horton's instructions," Ridings said.

Today he says he is forever thankful to staff at the Dublin VA, who gave him a second chance to see a brighter day.

"This place is extraordinary, every person here is always kind," Ridings said.

If you or a veteran you know are dealing with any type of mental illness, you can call the veterans crisis line at 1-800-273-8255.