'I wouldn't have my husband if John wasn't there:' Warner Robins officer receives award for saving life

Before EMTs arrived, Warner Robins police officer John Tambourakis heard the call over the radio and rushed over to help. 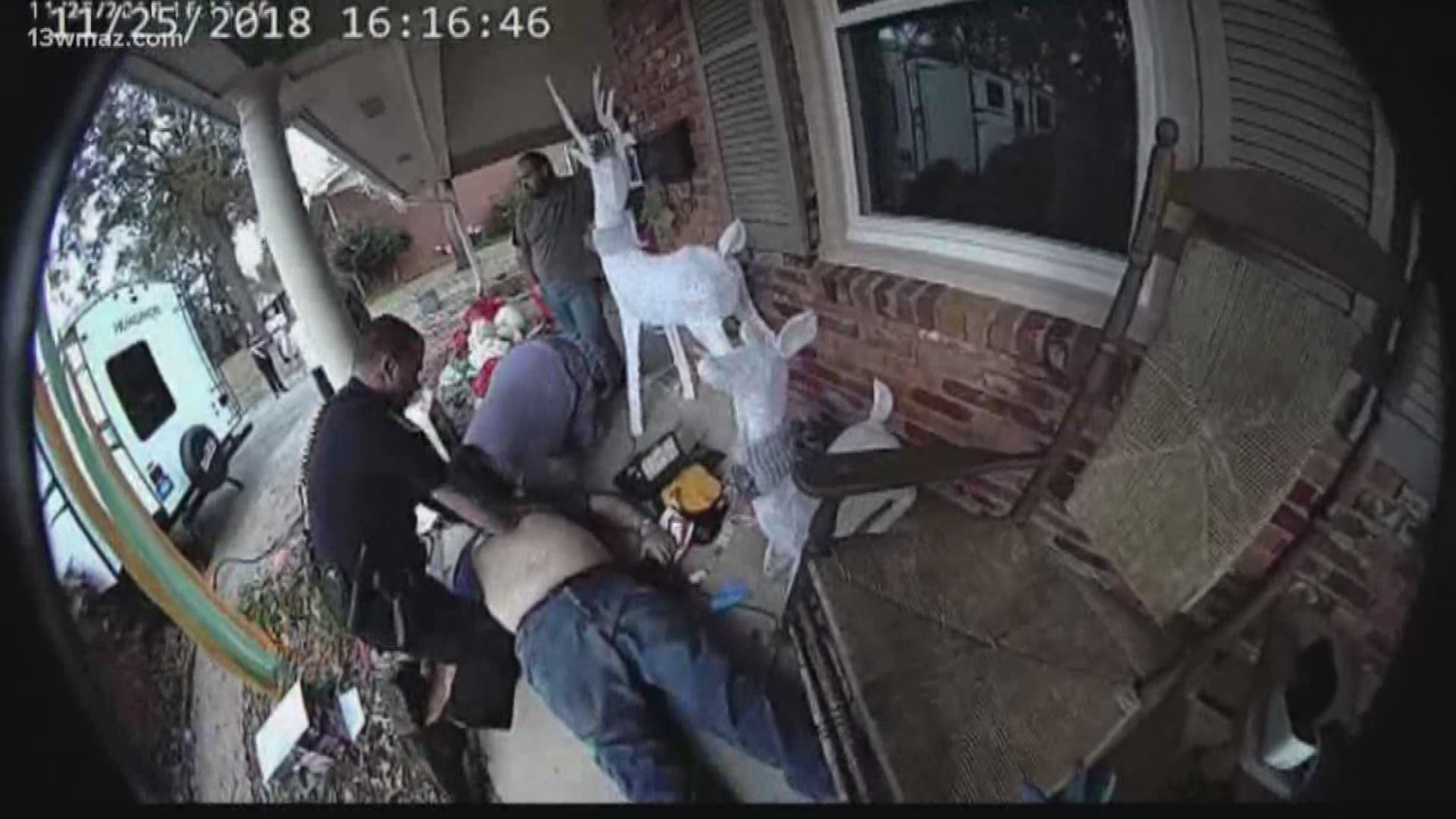 "I wouldn't have my husband if John wasn't there," says Kristy Vest.

The weekend after Thanksgiving, James and Kristy Vest were hanging Christmas lights with the family until James started to feel dizzy and out of breath.

"I turned around, and as soon as I stepped down, he fell out of the chair," says Kristy.

James collapsed on the front porch from a heart attack.

"He wasn't breathing, his heart had stopped. Then, I, of course, ran to the phone and called 911," says Kristy.

Before EMTs arrived, Warner Robins police officer John Tambourakis heard the call over the radio and rushed over to help.

"He didn't miss a beat. He came in and he took over the CPR, and it just was awesome, and it was a relief because he knows more than I do," says Kristy.

Tambourakis always carries a defibrillator in his patrol car. That day, it came in handy.

"In that 4 minutes, that thing was able to give this gentleman the shock he needed to start his heart back up." says Tambourakis.

To Tambourakis, it wasn't a heroic act. "I would like to think that's what any person would do in that situation. They would do anything they possibly can."

He was simply doing his job, but to Kristi and James Vest, "He gave me my Christmas miracle, my Thanksgiving one," says Kristy.

James says, "He asks my son every day how I'm doing.  It's like you become part of the family, I guess."

Warner Robins police have also named Tambourakis their Officer of the Year.