After the storm passed, temperatures spiked and she didn’t have air conditioning, so she called her friend of 20 years and headed to Macon. 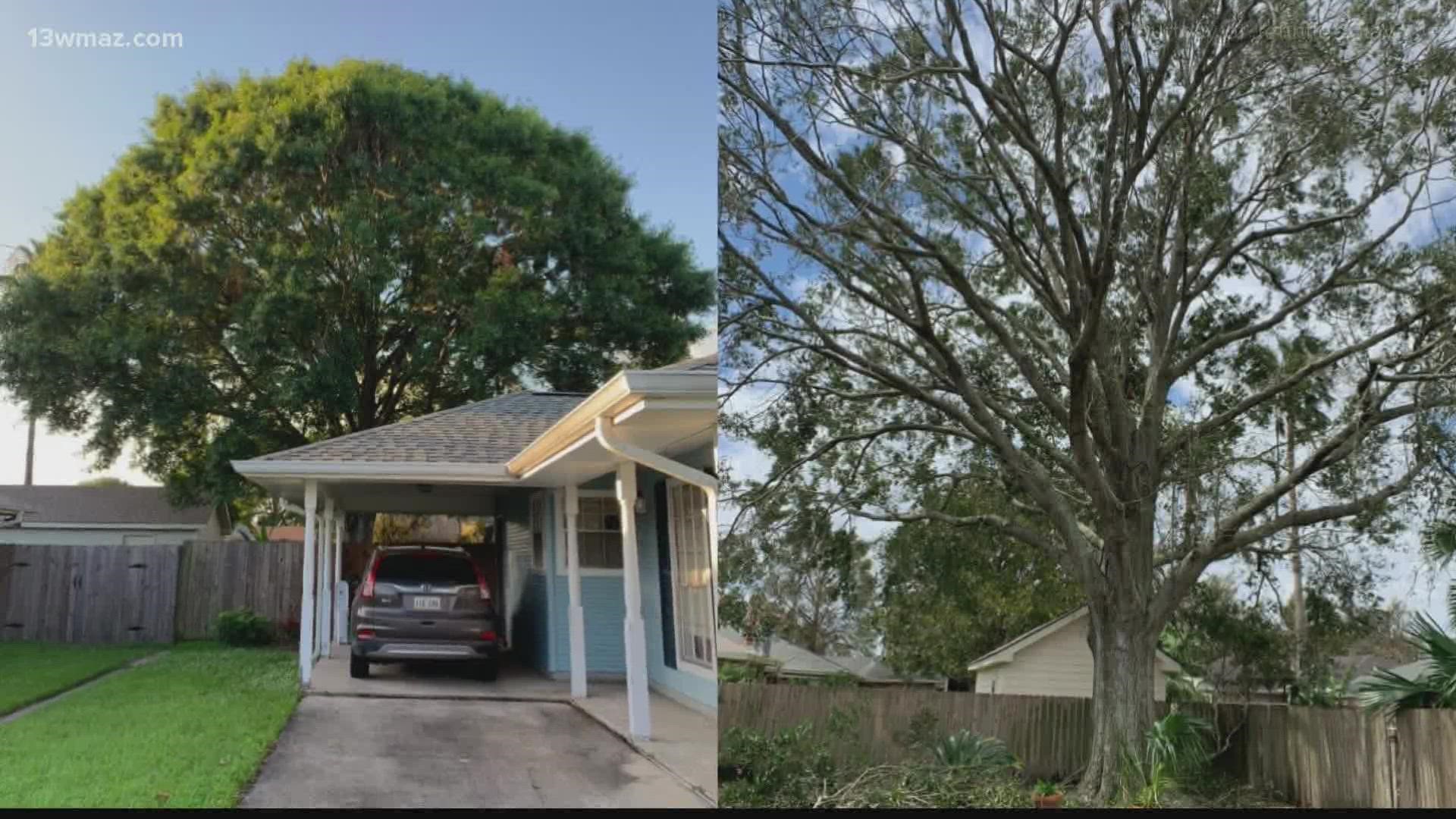 “This time I didn’t think it was going to be that bad,” said Clavo.

But then things took a turn.

“It got really scary. Like Sunday afternoon the wind was going 60-70 mph,” she said. “The wind was so strong it was blowing water under the door.”

After the storm passed, temperatures spiked and Clavo didn’t have air conditioning so she called her friend of 20 years, Margaret Eskew, and headed to Macon.

Eskew says she wanted to help because we’re all citizens of the world.

“I think it's really important to be a force for good, for humanity, for understanding,” said Eskew. "I'm just very fortunate. I feel like I am very fortunate for these people to call and ask me to come. I don't consider it a duty, a burden. I consider it a privilege."

Clavo says she came out of Ida a lot better compared to most people.

“I’m just very grateful for the Eskew family for welcoming me and making me a part of the family,” she said.

She’s hoping to return to Louisiana in the next week, but she’s also thinking about moving to Macon permanently!

CBS News reports around 700,000 people in and around New Orleans lost power due to Ida, and it should be restored to all sometime this week. Clavo's power returned Wednesday.

MORE STRAIGHT FROM THE HEART

'A fine group': 4 Milledgeville centenarians living and loving life together