A previous plan suggested putting a statue of Dudley in the same park as the Confederate monument, but people at the public forum had a new idea 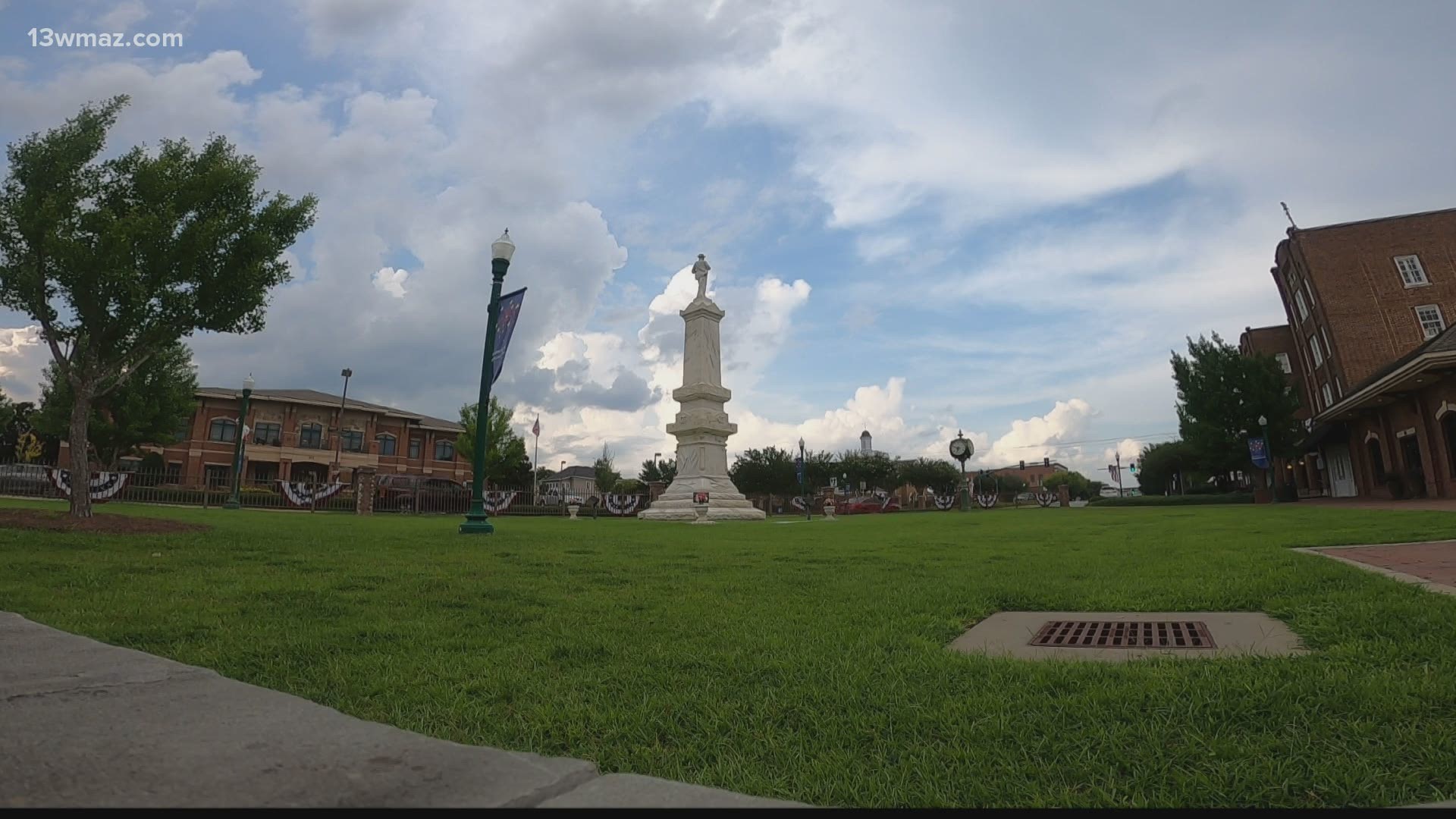 DUBLIN, Ga. — A public forum for a new plaza in Dublin had people talking on Tuesday night, changing the course of the conversation for council members.

Months after putting together an idea to re-envision downtown Dublin, people got to see a blueprint of the proposed Unity Park.

"We've been working and these drawings are very detailed but there's still a lot of work to be done," said landscape architect for the park, Ryan Thompson.

The idea for the park started after people began protesting the Confederate monument downtown. Rather than tear it down, folks proposed adding to it.

The plan included building a statue of Black businessman Herbert Hub Dudley in the same park where the Confederate monument currently stands.

Inside the public forum, other ideas made it to the table.

Folks suggested that rather than forcing the Confederate monument and a statue of Dudley into the same park, the city should build a completely separate park for Dudley.

Dublin resident Derrick Chatman likes the idea of a park for Dudley that's closer to the businessman’s history.

"To have a Hub Dudley Park, you have to know the history of Hub Dudley, and that history is at the Dudley Memorial Cemetery, the Dudley Funeral Home -- the hotel that's in the actual Green Book,” said Chatman.

The city council members asked the public to vote on both ideas. The vote for a separate park was overwhelming.

Chatman says he already has a location in mind for the proposed Dudley Park.

“Behind the courthouse towards the riverfront. That’s actually where the Hub Dudley Enterprises is. It is the last thing you get to basically before the Riverwalk or the proposed Riverwalk,” said Chatman.

The Dublin city council is set to vote on this on August 5.

Designer helping beautify downtown Dublin one store at a time