'If you call the cops, I will kill you:' Report details events leading up to arrest of WRPD officer

Houston County Sheriff's Office took over the case after Warner Robins police learned the allegations were against one of their own.

The officers on the scene "felt it was best to notify the sheriff's department that way it would lessen any bias or improprieties," said Warner Robins Police Department assistant chief John Wagner.

Wagner said Hernandez's alleged actions are unacceptable and especially disappointing because of the potential damage it could do to the relationship between officers and the public.

"We want the community to understand we take these allegations very seriously," said Wagner. "We don't condone it by any means. We take an oath when we put this badge on that we continue with that trust with the community."

One comes from the Peace Officer Standards and Training Council (POST), Georgia's police accrediting agency. The other is led by Warner Robins police internal affairs.

Wagner says the department is reserving judgment until the investigation is complete but all disciplinary options are on the table--including termination.

"Definitely so," Wagner said. "We hate that things...may come to that...but unfortunately that may be the case."

But Wagner said the allegations against Hernandez don't reflect the department's culture.

"Not by any means," he said. "We have a very high rigorous hiring standard and I expect every officer to act accordingly."

UPDATE: A Houston County Sheriff's Office incident report describes the series of events from both Officer Hernandez and the victim that led to his arrest.

The victim told investigators she was not dating the man but had been living with him for two months. She alleged that he came home drunk around 11 p.m. Monday and asked her to sleep with him, but she said no.

She says she called one of her friends and Hernandez took the phone away from her, so she went to her room and he followed her into it.

She got her phone back and tried to call her friend again, which caused Hernandez to reportedly wrestle her to the floor and hit her in the face. 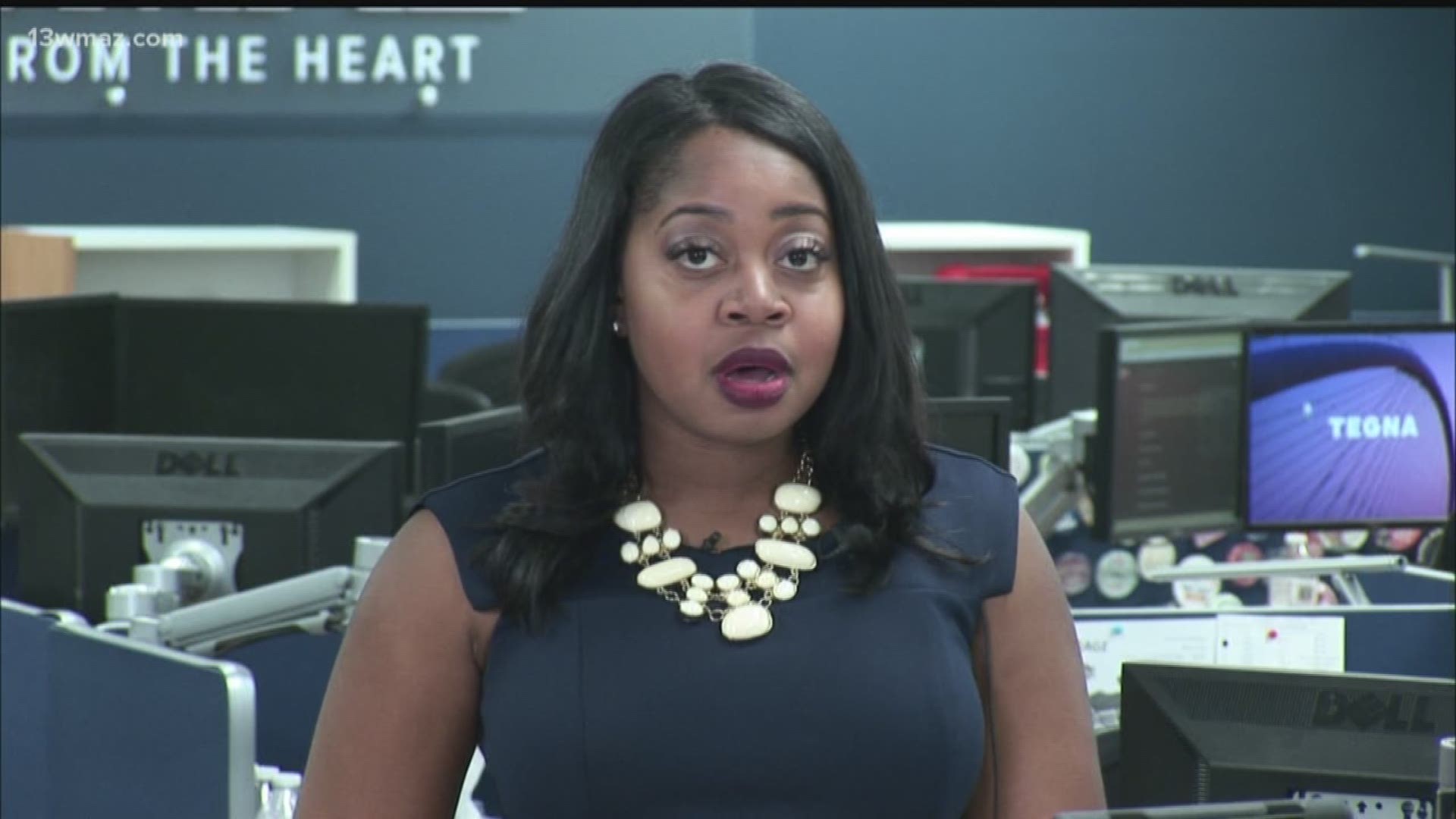 The report says the victim is unsure if Hernandez hit her on purpose, but she gave him the phone so he'd leave her alone. She eventually packed a bag and went to the hospital, where she met the responding officers.

The deputy writes that the victim had scratches on her elbow, blood on her pant leg, a 'puffy' mark right under her eye and a mark on her neck that looked like a hand print.

The person on the other end of the victim's phone told police he recorded part of the call and that he heard Hernandez say, 'If you call the cops, I will kill you.'

Hernandez told deputies that he got a message from the victim alleging that she broke the Xbox at the apartment and he said he confronted her about it when he got home, though the deputy said he never saw that text message.

Hernandez said the victim pushed him, but he also admitted to taking the phone away from her one time. The officer did not see any injuries on Hernandez.

A Warner Robins police officer is on administrative leave after an overnight incident involving a woman.

According to WRPD, a woman arrived at the Houston Medical Center with injuries around 1:30 a.m. Tuesday morning.

Officer Andrew Hernandez was arrested by the Houston County Sheriff’s Office and charged with battery in connection with the incident.

The department says he’s been an employee for the department for three years, and an officer since March 2018.

They say, “Our department takes allegations of this nature seriously and these actions will not be tolerated by our agency.”