'I'm thankful, but we are homeless': Monroe County family looking for place to stay after fire destroys home

The fire took place at 53 Benton Road around 7:30 Wednesday morning. 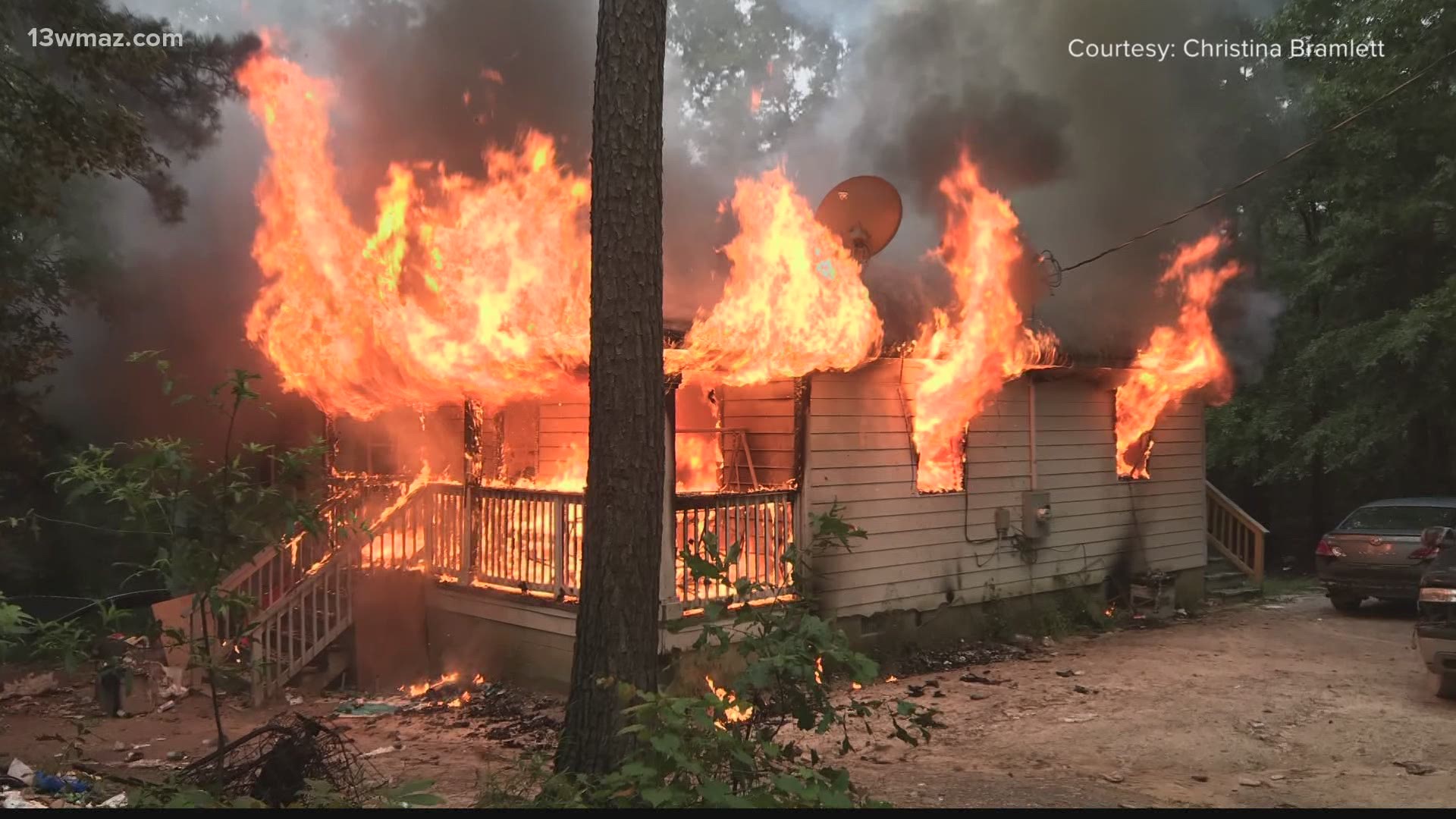 MONROE COUNTY, Ga. — One Monroe County family of 8 is trying to figure out their next steps after losing their home and everything they own in a fire.

During the fire, Sirtena Howard and her husband lost everything they owned.

Everyone got out of the burning house safely, including the couple's six children.

"I never thought that I would be feeling what I've seen people feel on TV. That news story is now my story. I'm thankful everyone got out, I'm thankful, but we are homeless," Howard said.

Howard says she never thought those words would ever come out of her mouth, and that the hardest part about losing everything is explaining it to her 3 kids who have autism.

"One of them, he had a collection of bears from when he was a baby and he's worried about all of his bears. I don't know what to tell him because all of the bears had a voice because he made me do a voice for all of them and it hurt my heart," Howard said.

"The homeowner told us that she had her refrigerator that was actually plugged into an extension cord," Bramlett said.

A total of 17 firefighters helped put out the fire.

One firefighter who responded to the scene was transported to the hospital due to heat exhaustion and extreme dehydration. He is now OK.

"The biggest thing is that this homeowner and her family were able to make it out, because they had a closed door that allowed them to be aware of the situation with a smoke alarm that was going off -- that absolutely kept everyone safe enough to be aware of the fire and to get everyone out," Bramlett said.

Howard says they will take any kind of help from the community, but they could use donations like clothes, shoes, toiletries, and food items.

She says you can drop any donations off at the Monroe County Fire Department, and that you can donate to their GoFundMe page.