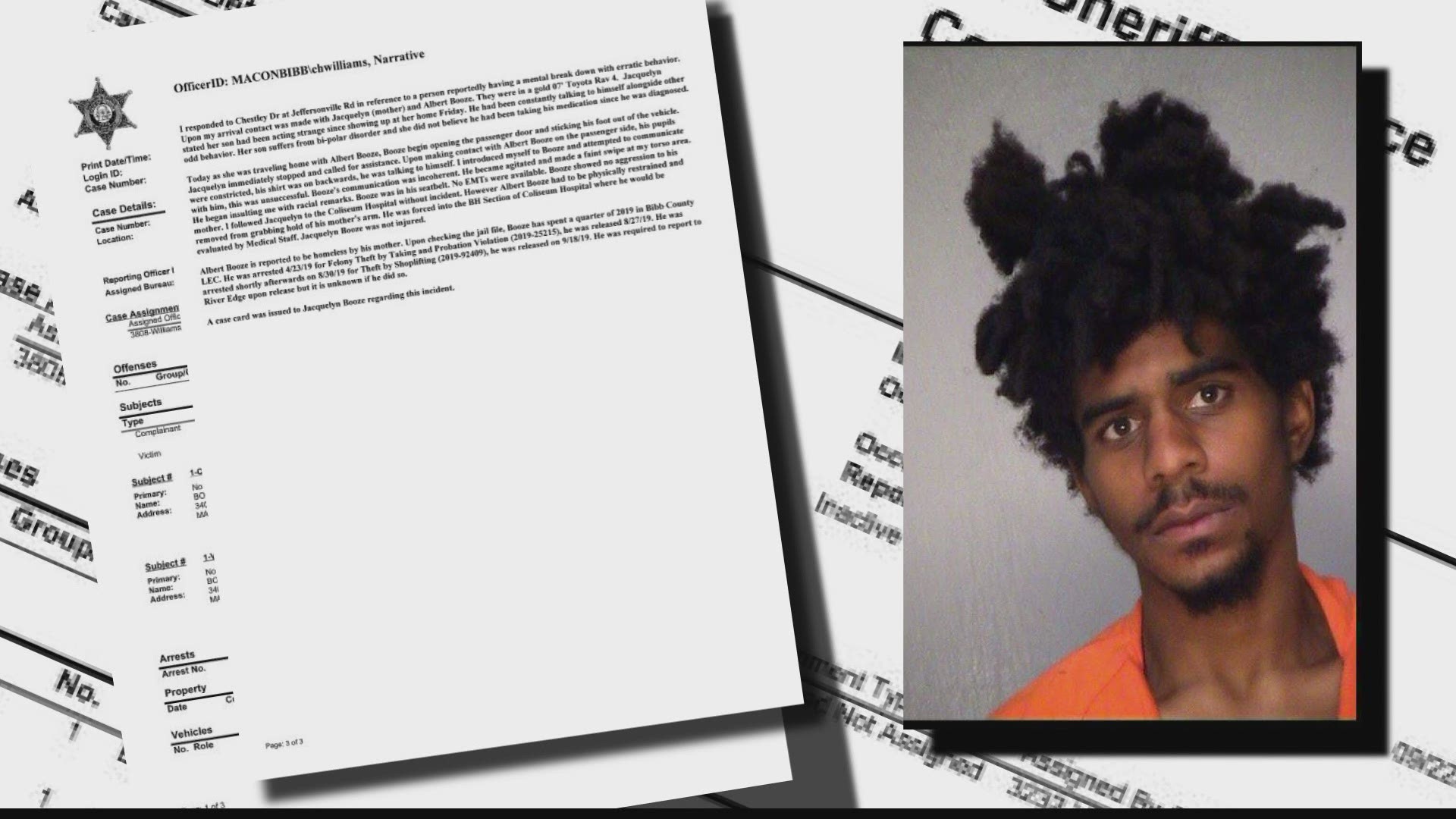 Booze apparently grabbed a Taser and used it to assault several guards, according to the indictment.

It says Booze also threatened several other officers during the April 6 fight, and it links Knight's death to Booze's alleged gang membership.

It says Booze stabbed the officer "to maintain or increase his status" as a Crips gang member.

In April, investigators said Booze used a knife that he took from Knight, but didn't mention a Taser. The indictment does not say whose Taser Booze used, or how he got it.

Both the Bibb County Sheriff's Office and the GBI referred questions to the Macon District Attorney's Office.

13WMAZ reported last week that Booze was one of nine Bibb County murder suspects who were granted bond by local judges because they hadn't been indicted within the deadline set by state law.

Another one of the nine was also indicted Tuesday.

She is Passion Watkins, accused of killing her pregnant stepmother, Melanie Powers, in April 2020.

Meanwhile, Booze now faces 15 charges in all. That includes murder and charges that he assaulted three other Bibb jail guards with both the knife and Taser. He also faces two gang-related charges.

Sheriff David Davis told 13WMAZ Friday that Booze is still in the Jones County jail. His bond is set at $250,000.

RELATED: Charges against a Macon man accused of killing his girlfriend have been dropped. Here's why