An incident report says Booze attacked his cellmate, threw a metal chair, bit a deputy, and tried to steal a Taser 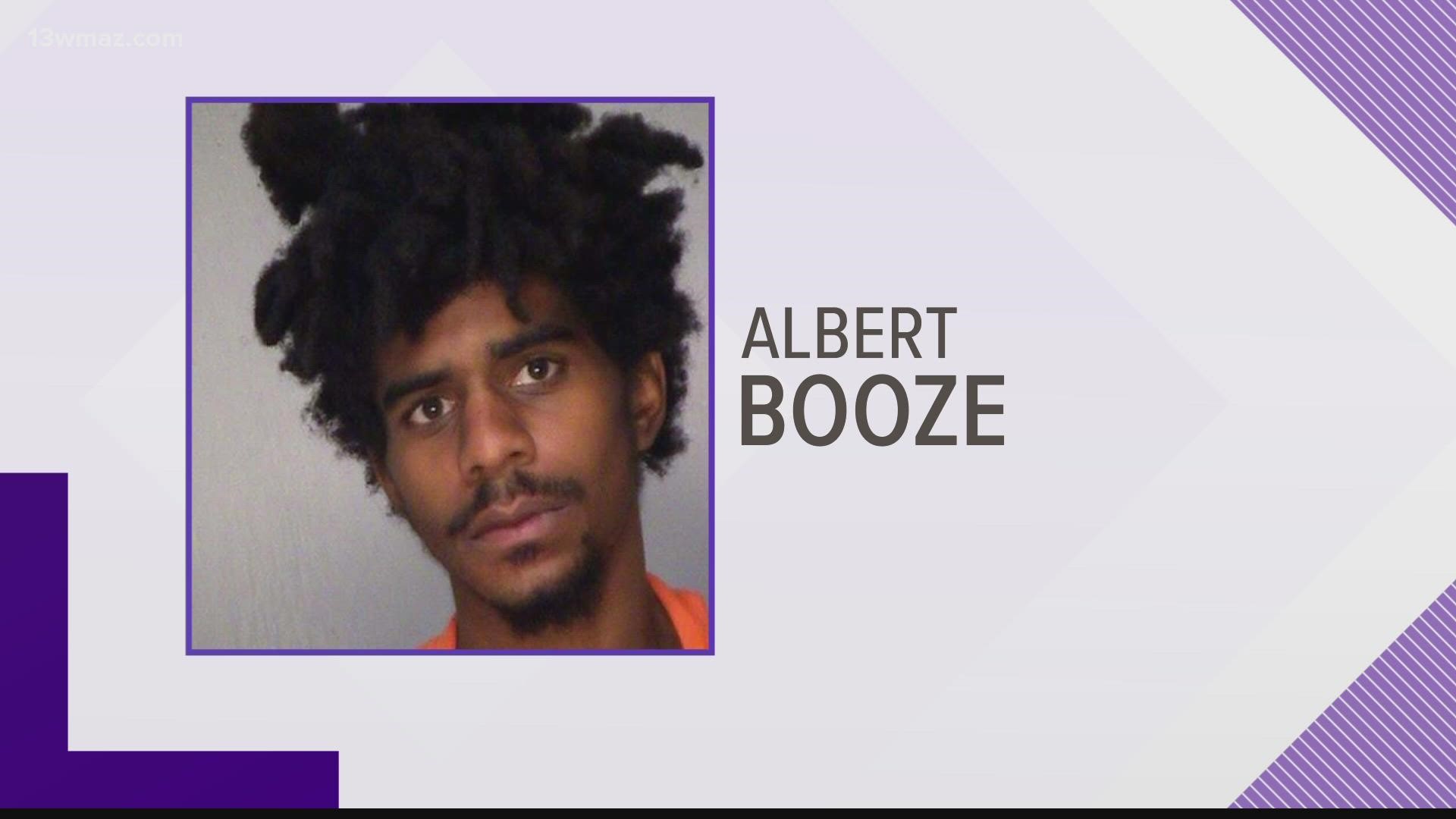 MACON, Ga. — An inmate accused of stabbing a Bibb County deputy to death during a jail fight is now facing new charges – in a different county.

According to a Monroe County incident report, it’s the result of a fight with deputies at the Monroe County jail on the night of Tuesday, Sept. 28.

It says an inmate requested to be moved from a holding cell with 22-year-old Albert Booze, the man accused of killing Bibb Deputy Christopher Knight back in April.

The report says Booze told the Monroe County sergeant to get him out of the cell before he beat his cellmate to death.

Four minutes later, Booze reportedly walked up to his cellmate and started punching him.

More deputies were called to the cell to assist and, the report says, that’s when Booze was told to get back. Instead, he ran from the holding cell to the booking area and threw a chair at them.

As he was being escorted back to his cell, the deputy writes Booze was violent and even bit an assisting deputy.

Another officer arrived to help and they were advised to tase Booze, but Booze grabbed the taser and tried to take it away from the officer.

He was eventually Tased, handcuffed, and placed back into his cell after being cleared by medical.

The deputy said they'll be seeking warrants for three counts of obstruction of a law enforcement officer, simple battery, and aggravated assault against a peace officer.

Bond was set for Booze early last month after he wasn’t indicted within the deadline set by state law. His bond was set at $250,000.

He was later indicted, but he has yet to post bond. He is being held in Monroe County as he awaits trial on charges in Macon-Bibb.