Inmate death at Macon State Prison to be investigated as homicide

This is the second death at Macon State Prison this month to be investigated as a homicide, according to the Georgia Department of Corrections. 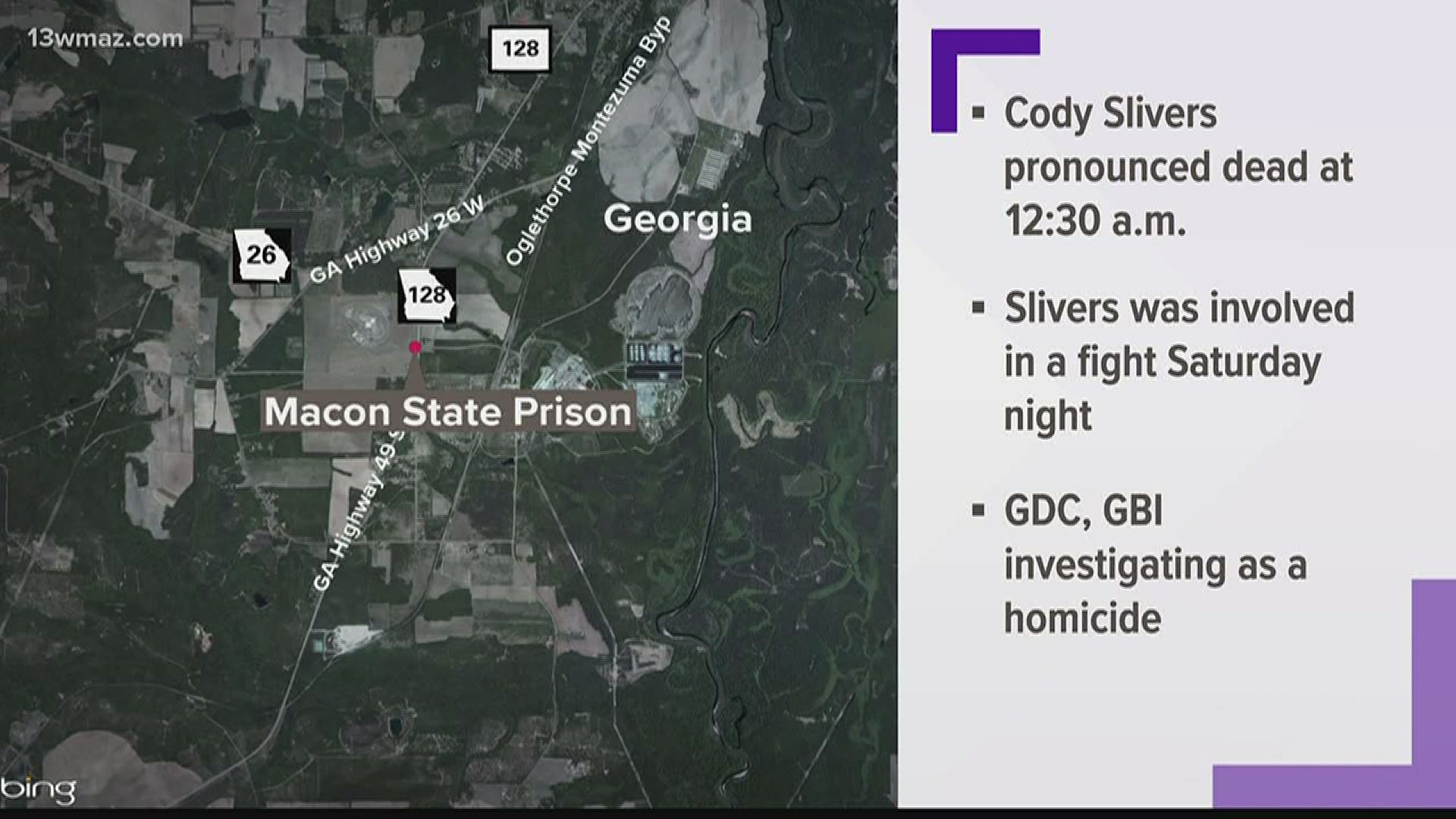 OGLETHORPE, Ga. — The Georgia Department of Corrections is investigating the death of a Macon State Prison inmate as a homicide.

A release from the department said special agents with their Office of Professional Standards will be looking into the death of inmate Cody Slivers.

GDC said agents believe he died from injuries he got during a fight with another inmate on Saturday.

Medical personnel responded and tried to help Slivers, the department said, but the county coroner pronounced him dead at the prison around 12:30 a.m.

An autopsy is scheduled for Tuesday, according to Macon County Coroner Brenda Oglesby.

GDC will be working with the Georgia Bureau of Investigation on the investigation, as is standard procedure, according to the release.

Slivers was sentenced to 20 years in 2006 in Murray County for aggravated assault, the department said.

This is the second homicide investigation at Macon State Prison so far this month.

GDC said special agents are also looking into the death of inmate David Dennis. They believe he died from injuries he got during a fight with another inmate on May 13, according to a press release from GDC.